CULTURE
What Are Landrace Weed Strains and Why Are They Evolutionary Wonders?
AD
Landrace cannabis varieties are incredibly rare these days, but they’re still sought for their hardy, unique genetic profiles. But what makes these plants so different from the kinds you can find in pot shops?
Published on June 1, 2020

While most weed smokers describe cannabis strains informally as “indicas,” “sativas,” or “hybrids,” there are two scientific categories that distinguish cannabis in broader terms: “landrace” and, well, every strain that’s not a landrace.

Cannabis cultivators who develop new strains are particularly fond of landraces. But what is a landrace strain, and why do bud breeders love them so much?

A Brief History on the Landrace Concept

We’ll need to dip our toes into the biological sciences to better understand what landraces are. The term first appeared in 1908 in a German book by agricultural scientist Kurt Rümker. The original word, landrasse, literally translates to English as “country-breed,” meaning a plant native to a particular country.

Since then, biologists have expanded the term “landrace” to encompass any plant or animal that’s native to a particular region and possesses specific, unique characteristics from the rest of its species.

What makes a plant a landrace, though? To answer that, we’ll have to review some evolutionary biology.

When a species like Cannabis sativa grows in the wild, it can sometimes grow in relative isolation from other Cannabis sativa varieties or strains. For instance, there may be weed growing near the top of a mountain, or weed growing on an island. When these plants grow in isolation, they won’t cross-breed with other cannabis strains, so this strain’s genetics remain intact for hundreds, if not thousands, of generations.

Over time (we’re talking thousands to millions of years), that isolated weed strain will become hyper-adapted to its environment. Genes that promote the strain’s ability to survive, thrive, and reproduce will often duplicate or evolve other enhancements within its DNA, increasing those genes’ expressions. These genes may regulate cannabinoid production, terpene production, or other traits such as drought-resistance, pest-resistance, UV protection, or higher flower yields.

By definition, landrace plants cannot originate from human gardens, farms, or other breeding programs. They must also produce relatively high yields even under less-than-ideal environmental conditions. And while some cross-breeding in the wild is expected, genetic sequencing must show that the landrace possesses “genetic integrity,” in other words, it mostly inbred within its own population. (Just FYI, unlike animals, plants don’t develop health issues from constant inbreeding.) 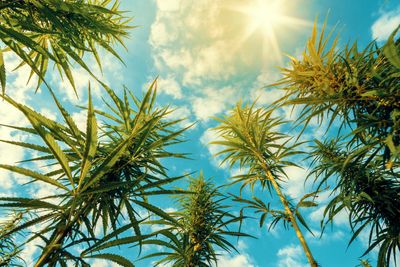 Cannabis cultivators respect the agricultural tradition of naming landraces according to the strain’s country or region of origin. This is why the Afghani and Thai landrace strains are called “Afghani” and “Thai” and not something more colorful like “Purple Punch” or “Alaskan Thunderfuck.” However, some landrace names do have a bit of flare to them, such as Acapulco Gold and Panama Red. This naming convention designates landrace weed plants as distinct from the strains you’d find in most pot shops, which are almost always non-landrace hybrids.

In fact, the terms “sativa” and “indica” only accurately describe landrace strains. Since practically every weed strain sold by street dealers or licensed pot shops is the result of crossbreeding, almost all buds you can find these days are technically “hybrids,” regardless of how they’re marketed. Landraces also possess gene combinations for specific cannabinoids or terpenes that are difficult to duplicate with traditional breeding methods. So, if cannabis cultivators want those gene combos in their proprietary strains, they need to cross their plants with a landrace first.

Some cannabis cultivators have gone above and beyond to find landrace weed strains, too. In 2018, VICE News produced a mini-documentary about Franco Loja and Arjan Roskam, two “strain hunters” who traveled to the war-torn Democratic Republic of Congo in search of a rare Congolese landrace. Loja and Arjan founded the Green House cannabis cafe in Amsterdam, as well as Green House Seeds, which developed the world-famous White Widow strain from Brazilian and South Indian landraces. 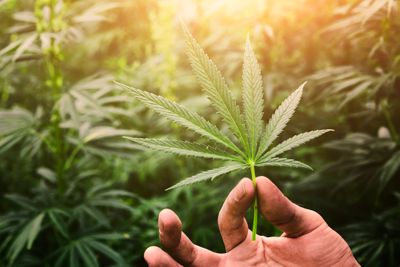 There’s another reason why cultivators want landraces: Landrace plants can protect monocropped plants from being wiped out by pests or diseases. Monocropping occurs when farmers plant and replant a crop where each plant has identical genetics, such as what’s happened in the US with wheat and corn. Although the nascent cannabis industry has not yet entirely monocropped cannabis, monocropping will likely happen if and when weed becomes federally legal (hemp has been federally legal since 2018). Since a monocrop has the same genes among all plants within the crop, they’re especially susceptible to pests and diseases, which can destroy an entire crop.

But, if cultivators can introduce a landrace’s sturdy genes into a monocrop, that monocrop will develop some genetic diversity, increasing its chances of resisting infection or repelling pests.

Basically, nature often does it better than humans can. And, no matter how clever our breeding methods get, landrace strains, which are essentially designed by nature, will always guarantee that we’ve got dank, potent weed.

AGRICULTURE
EDUCATION
HISTORY
PLANTS
MORE...
Randy Robinson
FOLLOW
Based in Denver, Randy studied cannabinoid science while getting a degree in molecular biology at the University of Colorado. When not writing about cannabis, science, politics, or LGBT issues, they can be found exploring nature somewhere in the Rocky Mountains. Catch Randy on Twitter and Instagram @randieseljay
Share this article with your friends!
AD
By using our site you agree to our use of cookies to deliver a better experience.
Accept
Decline
MORE FROM MERRY JANE