HEALTH
Cannabis Strain Names Have the Most Fascinating Origin Stories!
AD
Elaborate tales about 10 of your favorite ganja genotypes.
Published on October 13, 2016

Strain names range from whimsical to seriously profound. Some of the most famous strains got their names from the history of their evolution. Some are derived from the intent of their breeders. Others are the products of urban mythology. A few are just plain marketing hype. Let’s dive into the names of 10 of the most well-known and beloved strains. 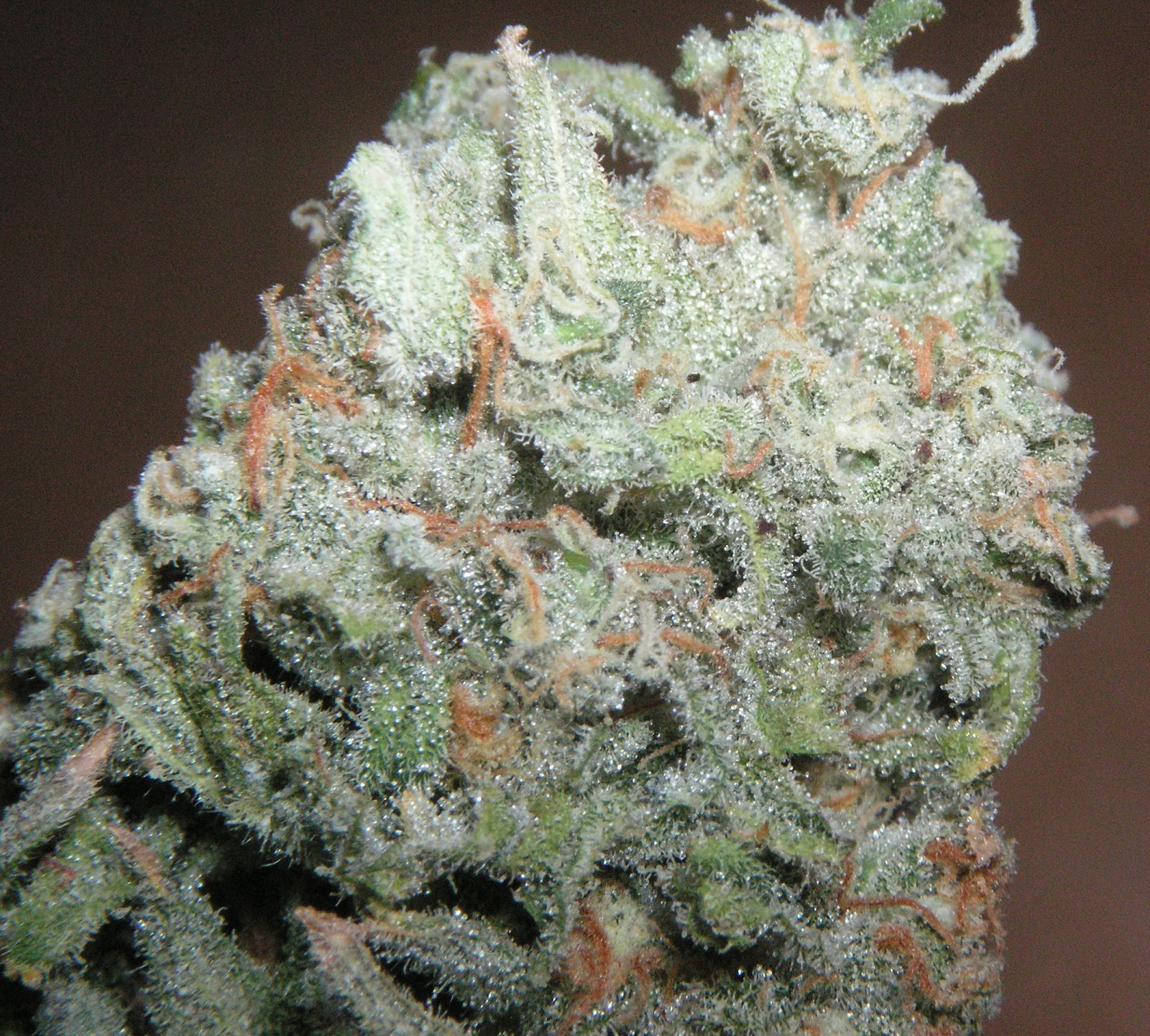 The exact origins of the name Trainwreck are mostly urban lore. There’s talk of a clandestine crop growing near an investigated train collision. Some people link the name to a simple, breezy, outdoor harvest located near some cool looking railway tracks. Others claim Trainwreck originated in Arcata, Calif. Those same people typically insist that Arcata Trainwreck is the only true cut. Others argue that Arcata is only referenced alongside Trainwreck because it’s such a popular town and, really, Arcata has nothing to do with real-deal Trainwreck.

Regardless, a few things are certain about this strain: It’s from Humboldt County, one of the most famous outdoor growing locations in the world, and it’s a Humboldt classic. Speaking from experience, consumed in large enough quantities, properly grown Trainwreck will leave you looking like one without ever realizing it. All aboard! 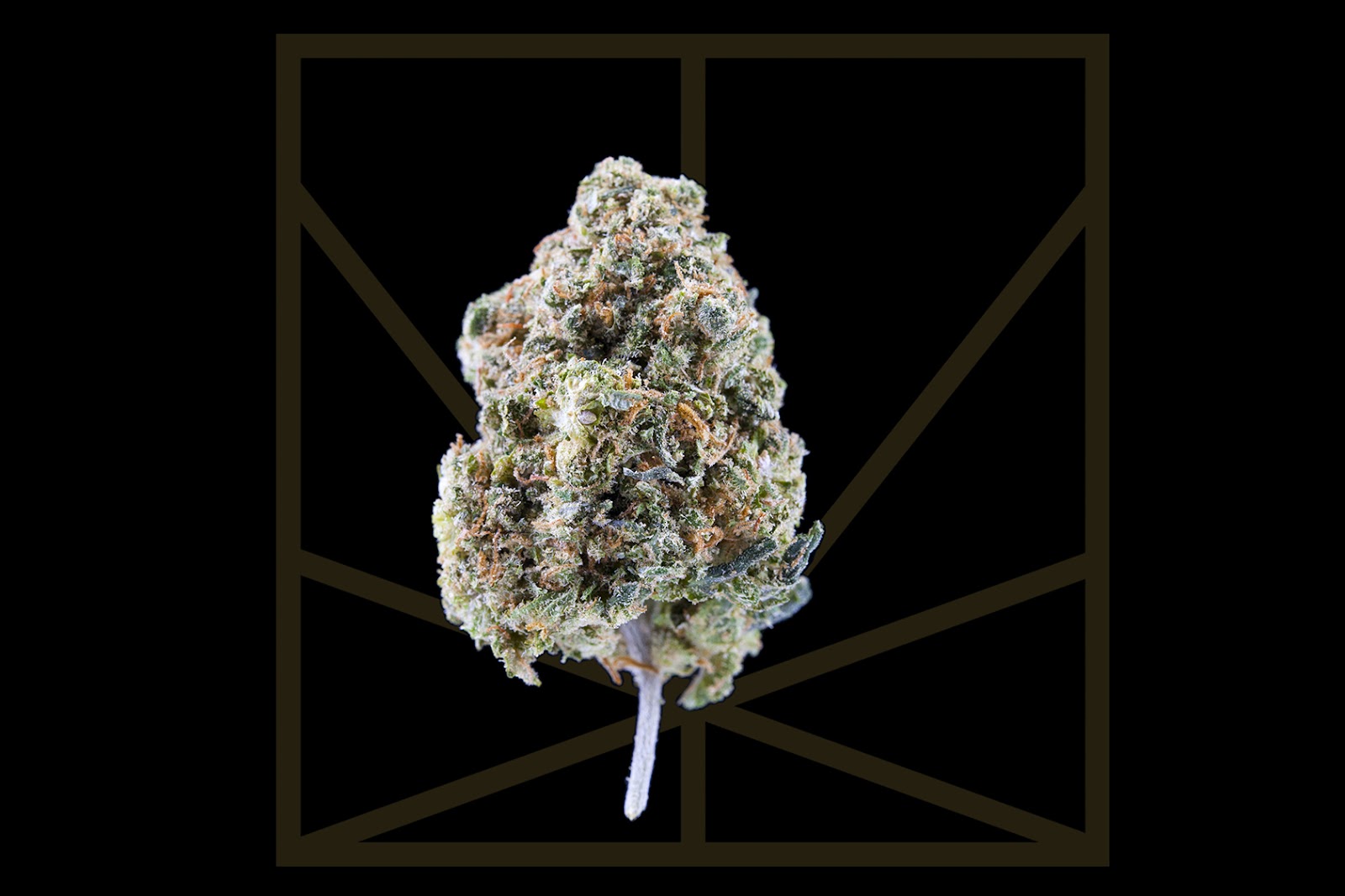 Jack’s a dude and Jack had a groove. Jack Herer not only wrote a famous cannabis-activism book The Emperor Wears No Clothes, he also had a strain named after him by Dutch cannabis geneticists. After years of political activism and efforts to push cannabis legalization forward, including two runs for United States President in 1988 and 1992, Jack “The Emperor of Hemp” Herrer passed away in his hometown of Eugene, Ore., in 2010. His legend lives on with one of the most sought-after strains today.

The next time you’re in Portland, you can visit the head shop he opened called The Third Eye on Southeast Hawthorne Boulevard. His son, Mark Herer, owns it now. 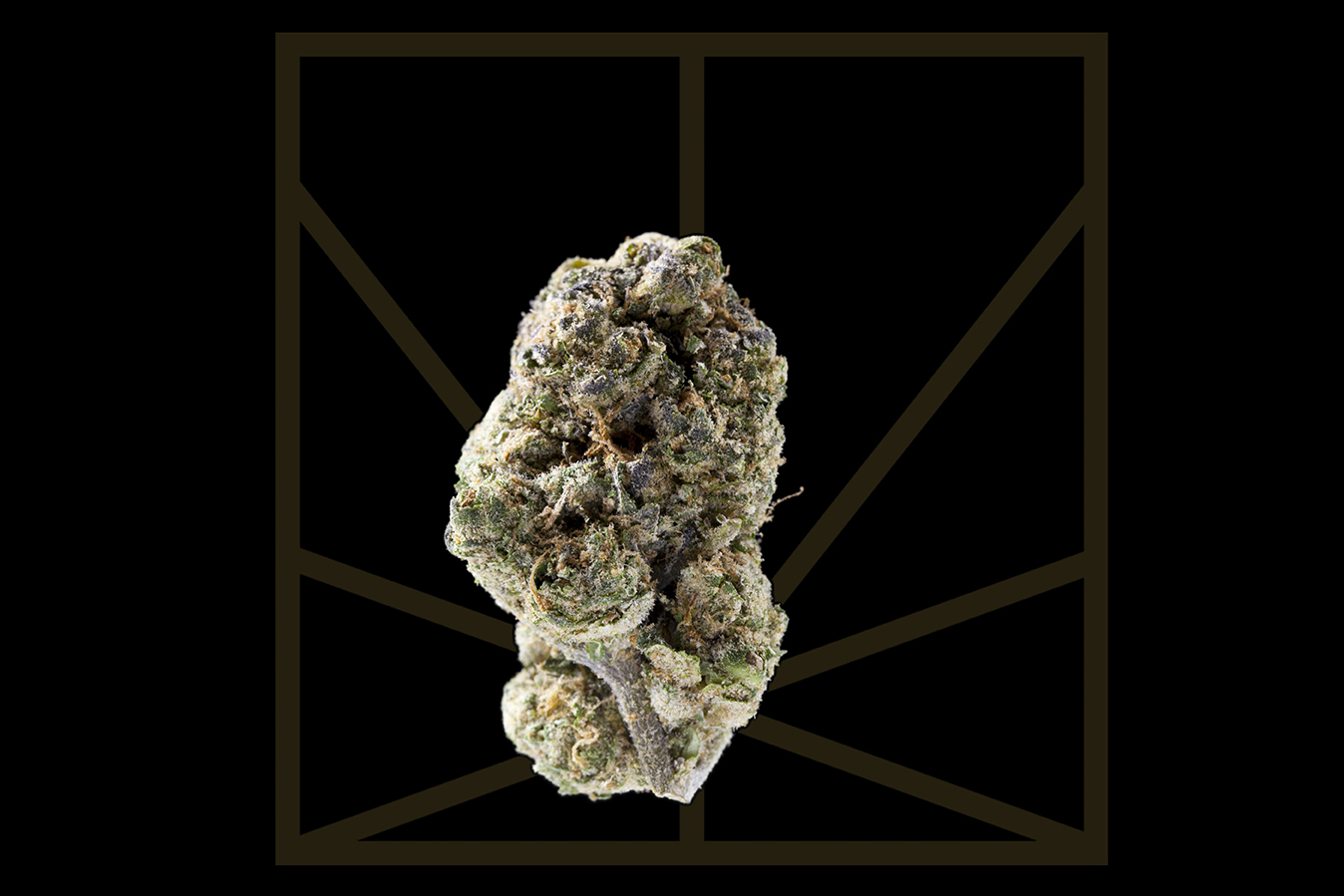 Girl Scout Cookies, or “GSC,” as it’s likely to become known as recreational states begin to ban the use of strain names appealing to minors, is an award-winning cut of cannabis with roots in California. There’s a bit of haze surrounding its origins, though. Known as a hybrid of F1 Durban Poison and OG Kush, some cannabis enthusiasts will tell you Granddaddy Purple is in there, too. It depends on who you talk to.

If you ask Pieguy, a grower who’s staked his claim as the official breeder of GSC, he’ll insist any cut with GDP in the mix is never Girl Scout Cookies, only his infamous Cherry Pie. Rightfully so, he’s part of California’s Cookie Family, a collective of underground breeders including Taylor Gang rap star Berner, who brought Girl Scout Cookies and Cookie Family cannabis to worldwide fame. 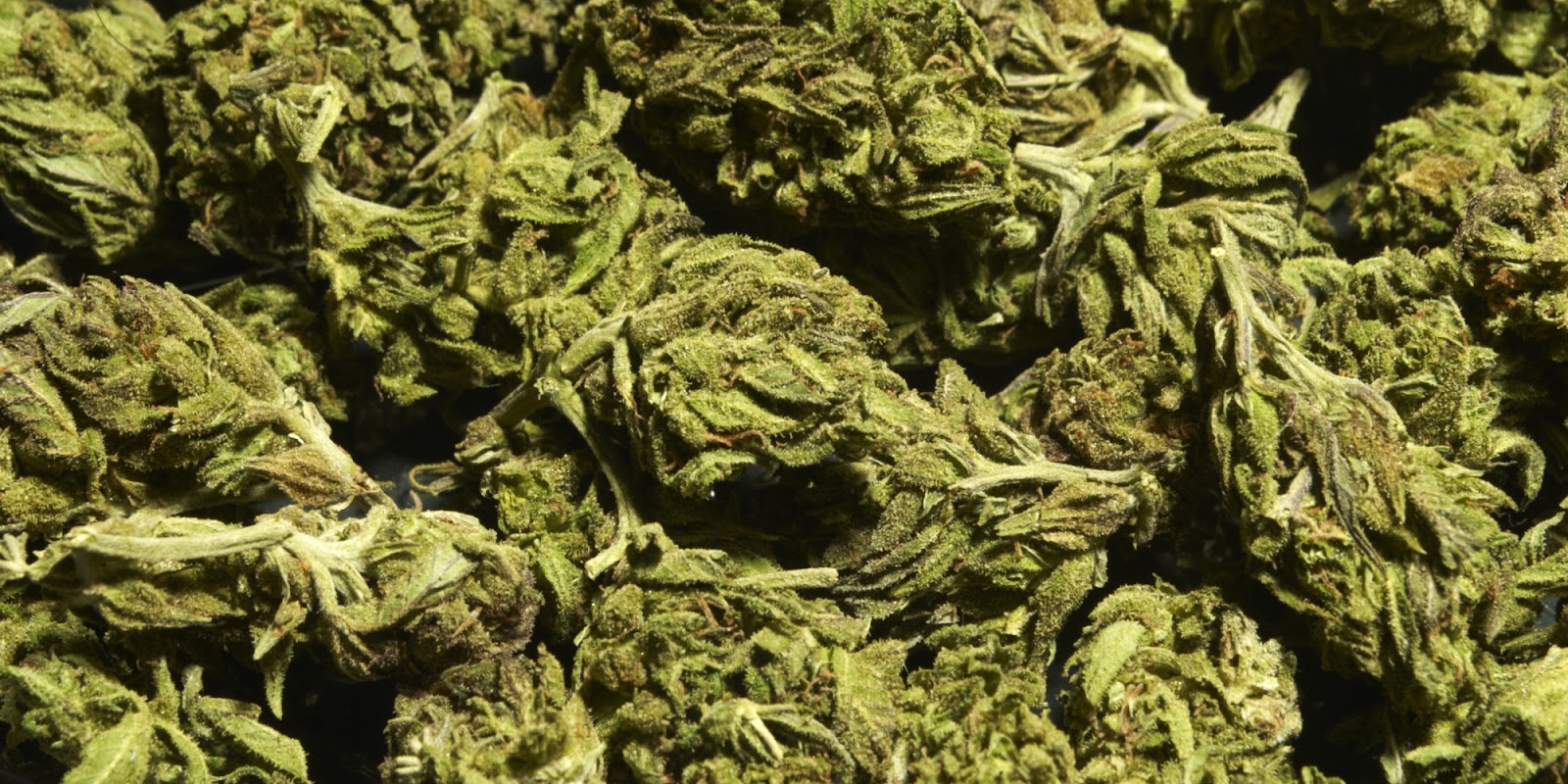 Charlotte's Web is named after Charlotte Figi, a young girl suffering from Dravet syndrome, a disease known to cause severe epilepsy at a very young age. By 3 years old, Figi was severely disabled and having 60 grand-mal seizures per day despite her doctor's efforts to treat her. At age 5, Figi’s parents and physicians experimented with high-CBD cannabis oil in treating her epilepsy. Charlotte responded favorably to the first dose, bringing the frequency of her seizures down to one per week.

Developed by six brothers, Joel, Jesse, Jon, Jordan, Jared and Josh Stanley, Charlotte's Web cannabis and the rumors of CBD’s efficacy in treating childhood epilepsy spread around the globe. The story was chronicled in the 2013 CNN documentary Weed, where CNN chief medical correspondent and neurosurgeon Dr. Sanjay Gupta spoke out publicly about the safety and effectiveness of medical marijuana. Headlines across the map quickly became: “Charlotte Figi: The Girl Who Is Changing Medical Marijuana Laws Across America.” Amen. 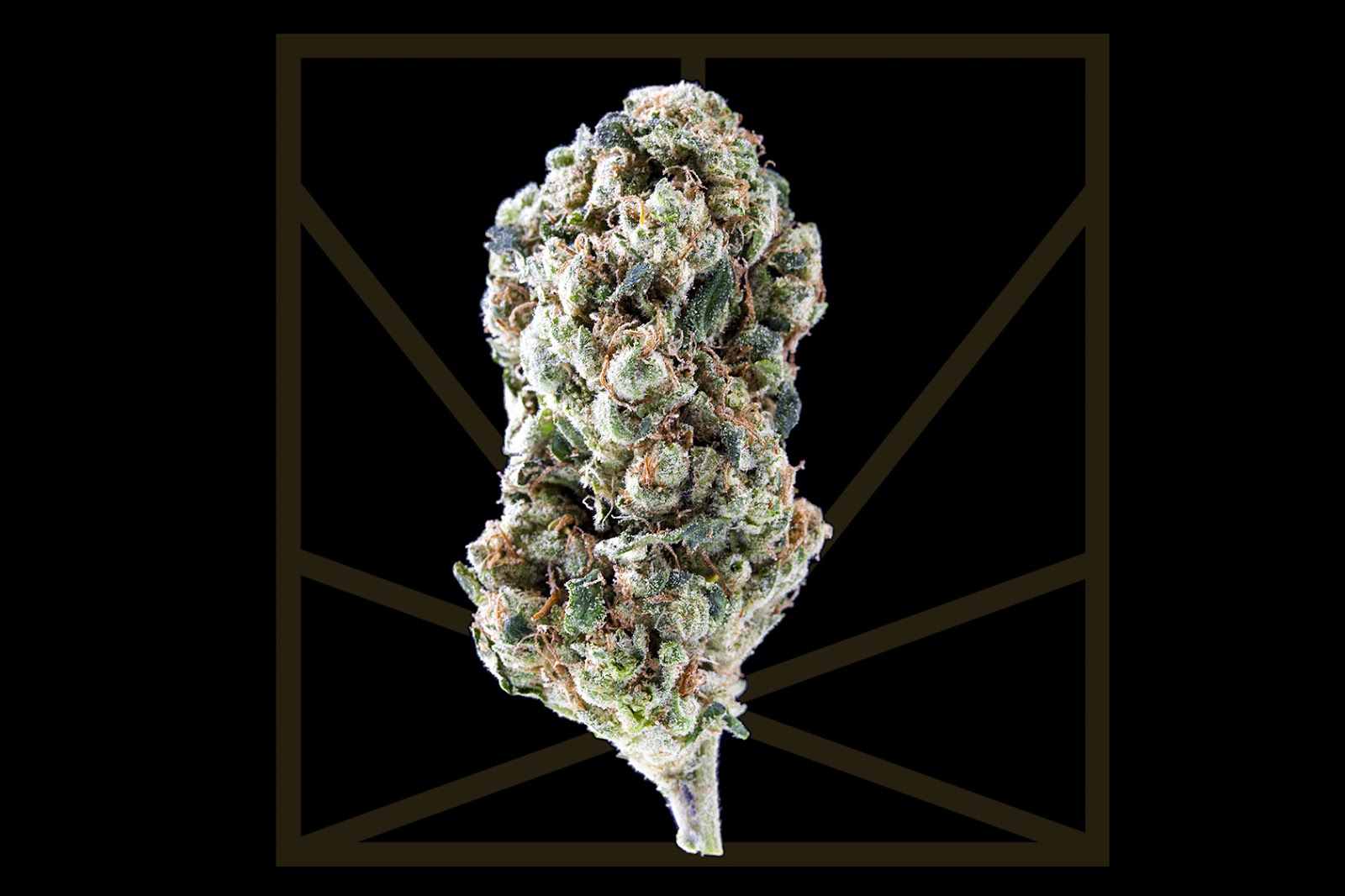 Another all-star strain, East Coast champion Sour Diesel, also known as Sour D, is thought to be a descendant of the mighty Chem Dog, both a strain and kind-bud cannabis breeder from New England. Its precise lineage is arguable, but most people agree it’s some derivative of Chem Dog, perhaps including Northern Lights, and possibly some Skunk. Sour Diesel has dominated New York City’s weed scene for nearly a decade and is now one of the more popular strains on the West Coast.

When grown properly, its scent is funky and fuelly, like petroleum-derived diesel fuel. That—along with the sour look on the faces of smokers who couldn’t get their hands on any—explains the name Sour Diesel, thought to be an indication of highly varied and expressively stanky, sour, fuel-smelling terpenes. 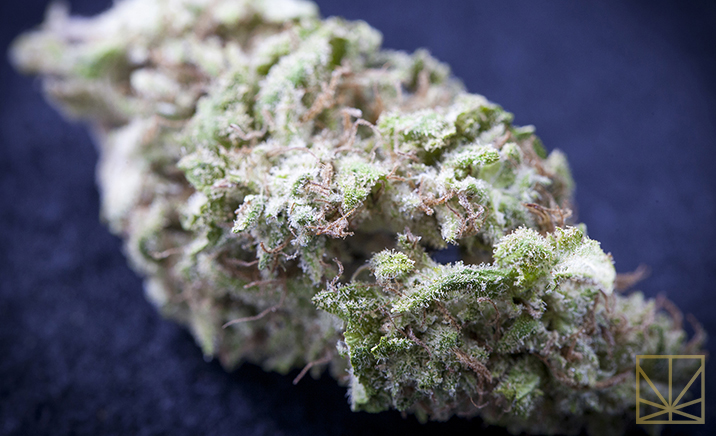 AK-47 was named after the Russian Kalashnikov rifle for its “one-hit wonder” effects. Now ranking as one of the most well known strains in the world, AK-47 was originally bred by Serious Seeds and is a cross of four regional landraces, Colombian, Mexican, Thai, and Afghani. This bud is Gen-Xer weed all the way. The baby-boomers had been rocking landraces through the ’60s and ’70s until the Internet helped enable greater international seed exchange, leading to rabid experimentation with cannabis hybridization through the ’90s.

On the cusp of this movement is AK-47, an amazing old-school hit from 1992. It went on to win numerous awards throughout the early 2000s and still does til this day, securing its place as a legendary strain. 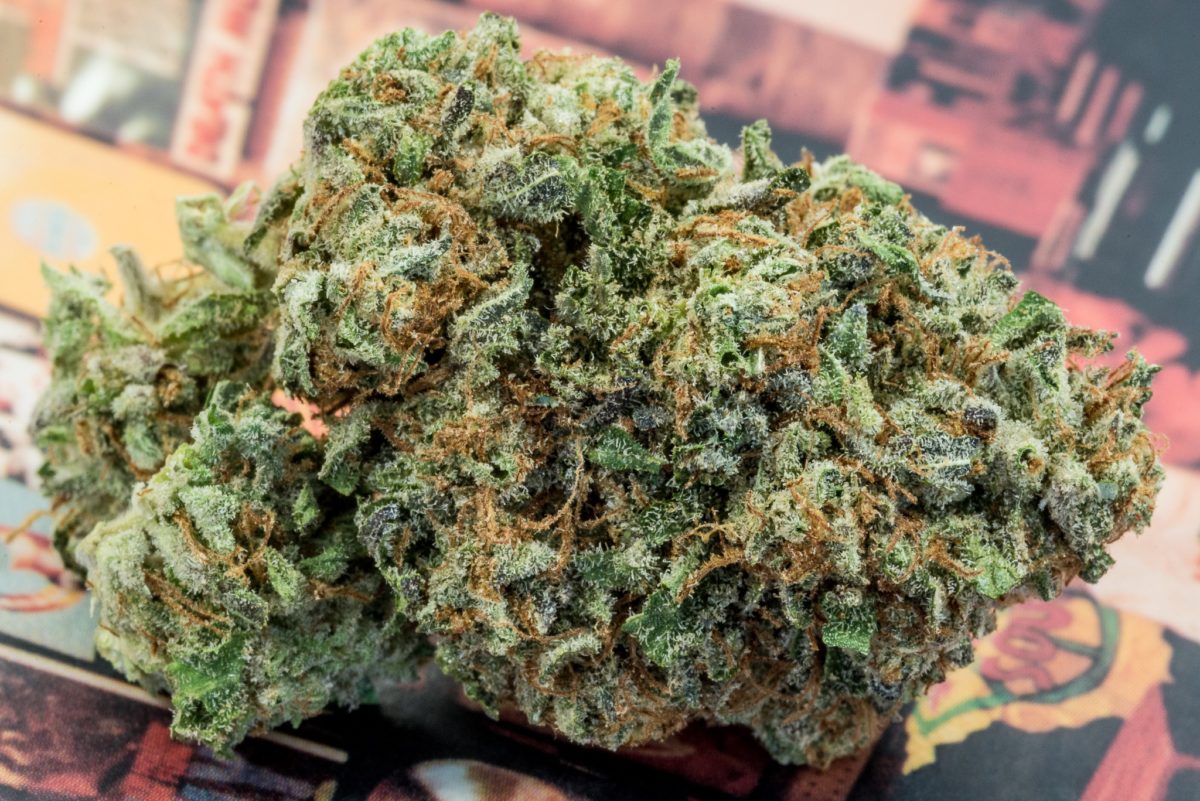 Often touted as a cross of Afghani and OG Kush, it’s fitting that Obama Kush is erroneously disputed just like our president’s place of birth. Obama Kush is actually a mix of Mendocino Purple and Bubba Kush​. Isn’t that exactly how it should be? CSI Humboldt cultivated this cross and Oregon’s Tigard Farms ran with it as “Obama Kush,” subsequently making it one of the most popular strains in the Pacific Northwest. Four more years! 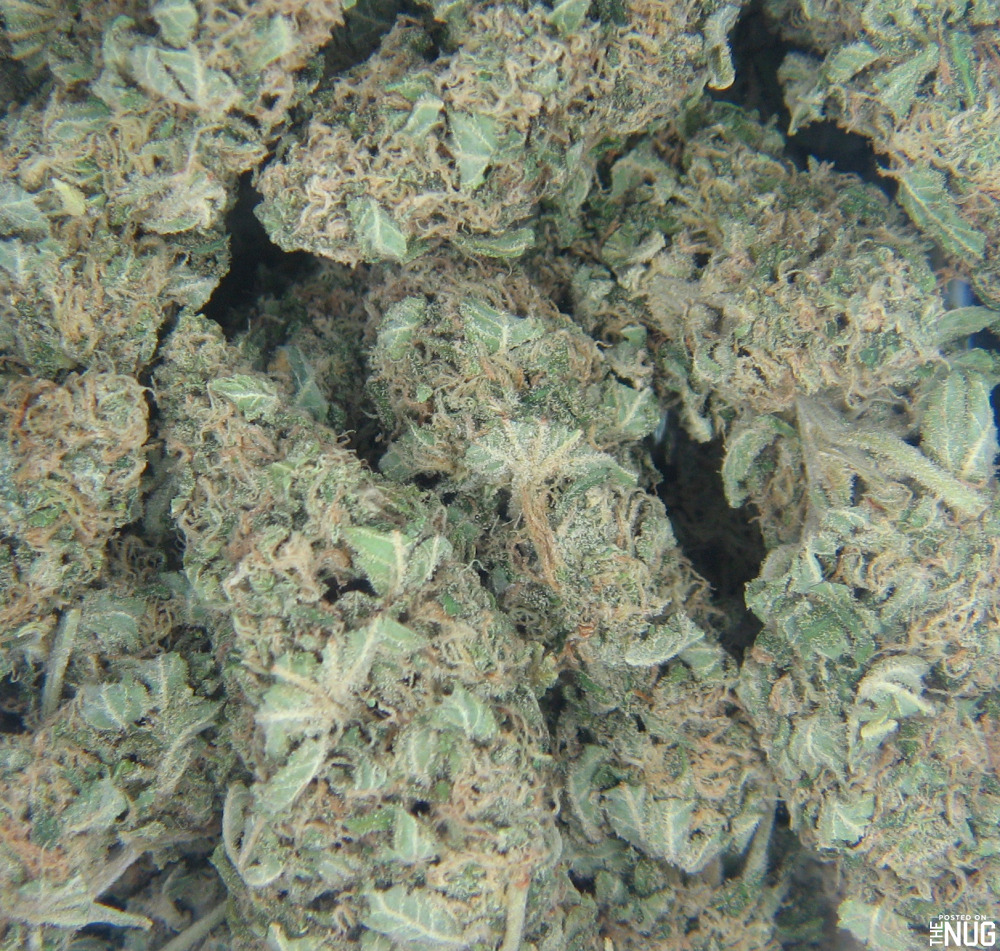 Few strains have the lore of G-13. According to some accounts, in the 1960s, government agencies like the CIA, FBI, and others rounded up the dankest of the dank from breeders across the world and initiated a covert research project at the University of Mississippi to hybridize the strains into powerful super-strains. They arrived at strains numbered G-1 through G-23. Each one was slightly different.

Rumor has it that G-13 was the best of them all and Nevil Martin Schoenmakers, an Australian-born cannabis breeder known for founding the first cannabis seedbank, called The Seed Bank of Holland, worked with a rogue agent at the research project to steal seeds and spread them all over the United States through his network of growers.

By the 1990s, G-13 was all over the United States. Its popularity began to peak around 1999, with a feature in the film American Beauty as the yuppy neighborhood’s weed of choice. One year prior, in 1998, Dave Chappelle referenced the legend of G-13 in the stoner comedy Half-Baked. In the film, Chapelle portrays a weed-loving janitor working in a research facility who gets his hands on some of the most potent herb ever known and begins selling it all over New York City. 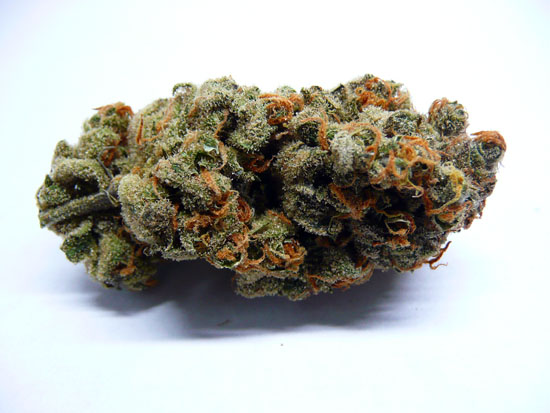 Most likely, you’ve heard this popular strain name mentioned in Reggae songs. Widely-known as Bob Marley’s favorite type of cannabis to smoke, Lamb's Bread was the “Chronic” of Jamaica. Rastafarians believe that cannabis is “bread of the lamb,” or the holy bread of life, a spiritual gift from Jah. It’s also a Jamaican slang term, meaning “great ganja.”

More obscure in North America, a recent revival in its popularity has made it easier to obtain, although it’s sometimes referred to as “Lamb’s Breath” because of misunderstandings of the strain’s pronunciation and varied taxonomy used by Dutch seed banks. Some old-schoolers like to tell stories about smoking Moroccan hash called Lamb’s Breath, purported to be the premium, first shake of trichomes captured over a silk cloth and collected for consumption. 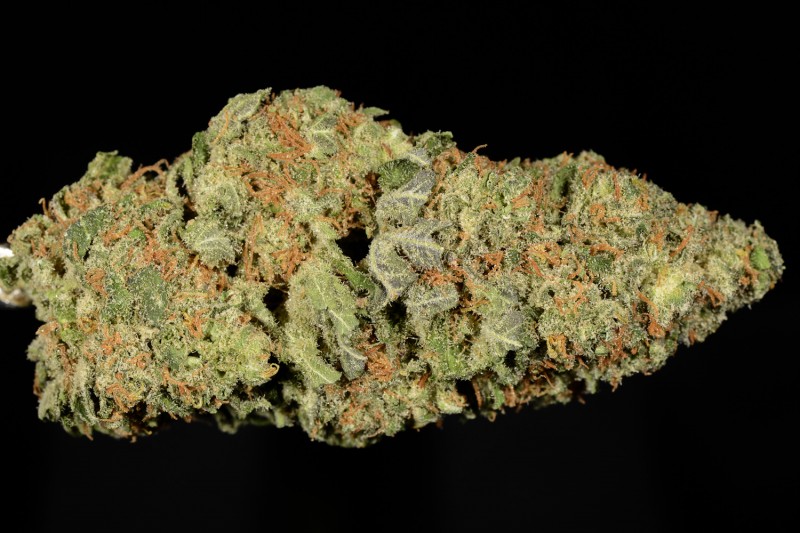 Moby Dick, which is also the fictional Sasquatch of Sperm Whales detailed in Herman Melville's 1851 classic, is a cross of White Widow and Haze—two pillars of Dutch cannabis breeding. Dinafem Seeds takes credit for its proliferation. Still a bit of a rarity on dispensary shelves, common derivatives are Super Lemon and Super Silver Haze. The strain has two phenotypes: one with Narrow Leaf characteristics that is often grown outdoors and the other, less common, with Broad Leaf characteristics.

Moby Dick has been resurfacing recently. You may see more of it, so keep an eye out. This strain gets its name from its massive yields—nearly a pound per square foot. It’s a whale of a plant and can squeeze out quite a few cartridges of cannabis oil.

420
CBD
WORLD
MEDICINE
MORE...
IN THIS STORY
CBD
Click to shop at our CBD store
Zoe Wilder
FOLLOW
Zoe Wilder is a media relations professional and business consultant orbiting cannabis, tech, wellness, music, art, wine and spirits. For 17 years, Zoe has worked with hundreds of clients across a variety of industries to develop and execute inventive promotional content and campaigns that capture the attention of tastemakers and influencers from around the globe.
Share this article with your friends!
AD
By using our site you agree to our use of cookies to deliver a better experience.
Accept
Decline
MORE FROM MERRY JANE