CULTURE
What Is “Thai” Weed and Why Do Cultivators Love This Landrace Strain?
AD
Thai cannabis has inspired everything from the “Thai stick” to countless references in hip-hop music. What makes this landrace so iconic?
Published on May 29, 2020

If you’ve never heard of Thai weed, then you either haven’t been smoking cannabis that long, or you don’t listen to a lot of hip-hop.

For example, Prodigy says he’s lit on “Thai weed” in Mobb Deep’s “Give It Up Fast.” Tupac in “Outlawz” raps that he’ll hit “high speeds and Thai weed on the freeway” while imagining a harrowing escape from his foes.

Ms. Roq and Knoc-Turn'al’s hook on Dr. Dre’s “Light Speed” describes a dank galactic journey with “hydro, doja, chocolate Thai weed.” And way back when Eminem was still Slim Shady, he rapped on 1999’s “Any Man” that he comes “high speed, IV full of Thai weed.”

Alongside Gelato, Thai stands as one of the most cited weed strains in hip-hop history. Besides the easy rhyme scheme “Thai weed” presents, this Asiatic landrace has maintained a legendary reputation among weed breeders and weed smokers. And for good reason, which we’ll detail below. 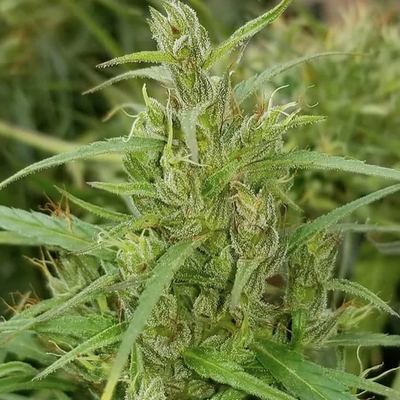 Cannabis named after its place of origin, like Afghani or Thai, are usually landrace strains. Notice they don’t have colorful monikers like “Purple Punch” or “Alaskan Thunderfuck.” This is because, as far as we know, landraces are native to their respective regions.

Landrace strains are never, ever the product of a clever plant breeder.

When a plant like cannabis grows in a specific environment for thousands of years, each successive generation becomes better adapted to that environment. If no other weed strains cross-contaminate the landrace’s genetics, it begins evolving characteristics that distinguish it from other cultivars found around the world. And, with time, its sturdiest genes remain solidly in place, reliably passing on to any future crosses bred from the landrace.

While pretty much all pot-shop weed these days are hybrids, the terms “indica” and “sativa” accurately describe landraces. In fact, every landrace is entirely a sativa or an indica; by definition, landraces cannot be hybrids.

On top of that, Thailand stands as one of the most weed-friendly nations on the planet. The government openly embraces medical cannabis, especially. Recently, the Thai Prime Minister hit a weed vape pen during a live press conference, and the government gives out free weed oil to its older citizens. Thailand is also the first Asian nation to develop its own strain, based on Thai landrace genetics: Issara 01. 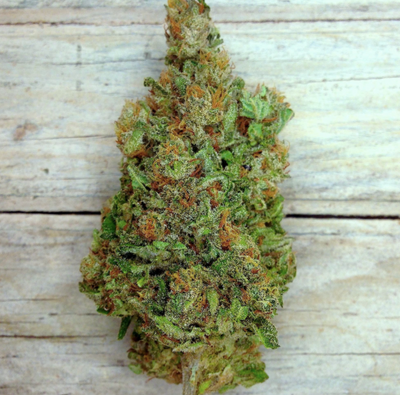 Why Thai Weed Is Responsible for Today’s Cannabis Industry

The Thai landrace is a pure sativa. The strain made its way to the US sometime in the late ‘70s, and at least one weed breeder, DJ Short, gets to claim some credit for that. According to DJ Short’s son, JD Short, the equally legendary strain Blueberry was bred from “Thai, Chocolate Thai, Afghan, and Oaxacan.” And the genuine Blueberry spawned practically every strain with “Blue” in its name.

But there’s more. According to the weed cultivation site Alchimia, one prominent version of the Haze strain was also bred from Thai. Which means if you see a “Haze” strain crossed from an original Haze, it likely possesses Thai landrace genetics, too.

According to lab data at Leafly, Thai usually cranks out about 19 percent THC, which is average. There’s no terpene profile data, however, since the Thai landrace is an incredibly rare find these days — assuming the original is even still around. And while everyone reacts to weed differently, review aggregations suggest Thai is an “energizing” smoke. Self-reports often describe its heady effects as “euphoric,” “mellow,” and “clear-headed” — with none of the jitters or anxiety that can accompany sativa highs.

Thai weed also goes by “Thai Stick" because it's the strain used when rolling actual Thai sticks, a type of blunt native to Thailand that wraps the Thai weed’s buds in Thai weed-leaves instead of tobacco leaves.

If you’re ever lucky enough to actually come across some real Thai, consider checking out MERRY JANE’s guide for making a Thai stick with it, too.

CULTURE
POP CULTURE
THAILAND
COUNTERCULTURE
MORE...
Randy Robinson
FOLLOW
Based in Denver, Randy studied cannabinoid science while getting a degree in molecular biology at the University of Colorado. When not writing about cannabis, science, politics, or LGBT issues, they can be found exploring nature somewhere in the Rocky Mountains. Catch Randy on Twitter and Instagram @randieseljay
Share this article with your friends!
AD
By using our site you agree to our use of cookies to deliver a better experience.
Accept
Decline
MORE FROM MERRY JANE