CULTURE
WTF Is “Alaskan Thunderfuck” Weed and Does It Really Come From the Tundra?
AD
Alaskan Thunderfuck is one of the more colorfully-named cannabis strains, but no, it likely didn’t originate from The Last Frontier’s icy soil.
Published on May 26, 2020

Alaskan Thunderfuck is not a weed strain commonly spotted in today’s medical dispensaries or recreational retail stores. Come to think of it: Have you ever seen it sold at a pot shop? Its extreme rarity may be partially due to its strange name, though it goes by a few others: Matanuska Thunder Fuck, Matanuska Tundra, and ATF (a reference to its initials, not the federal cop agency).

How did Alaskan Thunderfuck get that wild name, and did it originate from The Last Frontier’s chilly climate, or is there another story behind its legacy? 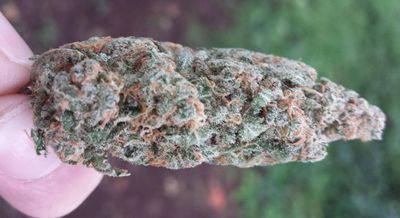 No One Really Knows Where Alaskan Thunderfuck Comes From

Since no weed breeder nor a seed company has been reliably credited as the source for Alaskan Thunderfuck, we don’t really know its genetics. Several strain databases online purport that the plant resulted from a cross between a mystery Northern California strain and an equally mysterious Russian ruderalis, which was later crossed with an Afghani landrace.

The legend further claims that Alaskan Thunderfuck was first bred somewhere in the Matanuska Valley, a short drive north of Anchorage. This part of the story may hold some solid grains of truth, based on the history of illicit pot cultivation in the region. Since 1975, Alaskan law permitted residents to legally possess small amounts of weed for personal use after a landmark Alaska Supreme Court case, Ravin v. State. And since Matanuska Valley carves into the Alaskan landscape far from the state’s barren tundras — but close enough to the coast to benefit from warmer, humid air — it’s an ideal area for growing. 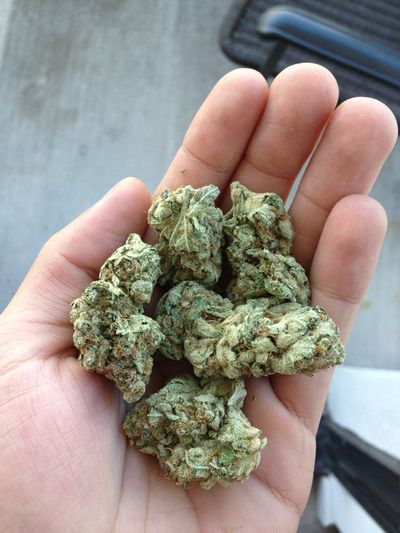 A 2017 news feature in Anchorage Daily News is one of the few deep-dives into Alaskan Thunderfuck’s real story. According to some local long-time cannabis consumers, there actually was a strain called Matanuska Thunderfuck readily available in the area back in the ‘70s. The strain became a rockstar bud featured multiple times in High Times magazine.

But sources in the Anchorage Daily News story couldn’t agree on which town, exactly, in the Matanuska Valley the strain first appeared. The strain may have also vanished after its breeder got raided by the cops, or it may have been snatched up by the Hell’s Angels biker gang and hybridized into oblivion, as some say.

Or, as the article explained, “Many say the name became synonymous with high-quality Alaska bud, rather than any specific strain, which makes tracking down the real thing that much more difficult.”

The last claim, that Alaskan or Matanuska Thunderfuck simply describes any primo weed from the region, appears at the EU Seed Finder blog, as well. A person identified only as “Mat,” who claims to be a grower based in the Matanuska Valley, wrote that “Alaskan Thunderfuck” only applies to good weed from the area, not to a specific strain. (Heads up: The blog post is rife with spelling and syntactical errors, so take it with a grain of salt.)

But! There’s a short documentary on YouTube where a few Alaskan cannabis industry folks say they saved the strain. Which would make Alaska, fittingly, one of the only hot spots to snag this frosty weed.

Regardless of its true genetic legacy, Alaskan Thunderfuck remains Alaska’s most well-known ganja-given legends. Today, the Republican stronghold stands as the only red state with legal adult-use cannabis. So, even if Alaskan Thunderfuck is currently extinct, is only available near its birthplace, or never really existed at all, its edgy namesake from its conservative state of origin should give us a glimmer of hope for our movement’s future: Every demographic, regardless of political affiliation or geography, has its loyal and devoted potheads.

AGRICULTURE
STRAINS
EDUCATION
ALASKA
MORE...
Randy Robinson
FOLLOW
Based in Denver, Randy studied cannabinoid science while getting a degree in molecular biology at the University of Colorado. When not writing about cannabis, science, politics, or LGBT issues, they can be found exploring nature somewhere in the Rocky Mountains. Catch Randy on Twitter and Instagram @randieseljay
Share this article with your friends!
AD
By using our site you agree to our use of cookies to deliver a better experience.
Accept
Decline
MORE FROM MERRY JANE