CULTURE
WTF Are Cannabinoids and What Are Their Benefits?
AD
We’re always talking about cannabinoids. But do you actually know what that word means, or what they are?
Published on October 4, 2019

Even if you’ve never seen this word before, cannabinoid, you know its most famous members well: THC and CBD are both cannabinoids. Specifically, they’re phytocannabinoids (phyto- “plant,” meaning “cannabinoids from plants”). There are other plants besides cannabis that produce some phytocannabinoids, but only weed makes THC, as far as we know.

If you’ve ever heard about our bodies’ natural cannabinoids, those are endocannabinoids (endo- “inside,” meaning “cannabinoids from inside of us”). Examples include anandamide and 2-AG — more on that later. What Makes Something a Cannabinoid

A cannabinoid is defined as any chemical that interacts with cannabinoid receptors, like the ones found on animal cells. Cannabinoid (CB) receptors are protein “gates” that regulate cell signaling between cells, tissues, and entire organ systems. Basically, as one of the key components of our endocannabinoid systems, cannabinoids and CB receptors maintain a what’s called a homeostatic balance both within our bodies and between our bodies and our environments. Biologists believe that had the endocannabinoid system not evolved over 500 million years ago in some of the first sea squirts, the appearance of “higher” life forms such as fish, apes, and humans would not have been possible. 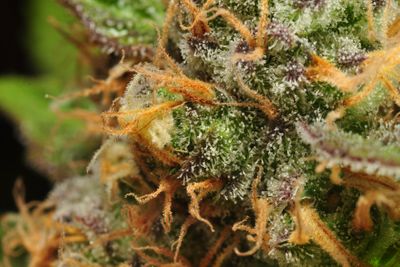 Phytocannabinoids: The First Ones Discovered

We only know about the endocannabinoid system today because of weed research stretching back to the early 1900s. Back in the heyday of Reefer Madness, US Narcotics Bureau Chief and raging racist Harry Anslinger hired an American chemist, Roger Adams, to study marijuana’s chemistry. Anslinger wanted to understand how weed worked on the human mind and body so he could further demonize it – and its users – in the American press and on Capitol Hill.

Adams, however, was not a prohibitionist. He was an incredibly well-respected and an award-winning organic chemist. Although he shared Anslinger’s passion for better understanding weed’s chemistry, he preferred to let the evidence shape his perspectives rather than anti-black or anti-Mexican policy agendas.

While investigating marijuana’s properties, Adams theorized an entirely new class of chemical compounds he called “cannabinoids,” which comes from the word cannabis. Although he lacked the sophisticated chemistry tools we have today, he pretty much derived the chemical structures for the phytocannabinoids THC and CBD nearly two decades before Raphael Mechoulam, the Israeli chemist who is credited for being the first to isolate, synthesize, and characterize THC as weed’s intoxicating compound.

Adams even suspected – way back in the 1930s – that weed could treat seizures, though the US government blocked and censored his research into CBD before he could get it going. (Mechoulam would later carry on Adams’ work on CBD and seizures.) 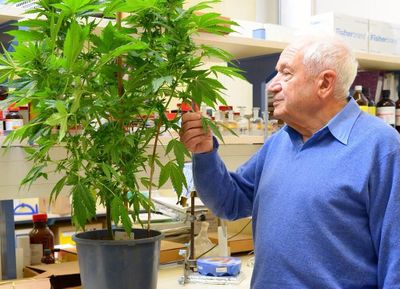 Mechoulam Isolates THC, Predicts the Existence of the Endocannabinoid System

In 1964, a young Israeli chemist named Raphael Mechoulam began devoting his research to better understanding weed chemistry. Building on Roger Adams’s work, Mechoulam and his research associates Shimon Ben-Shabat and Yechiel Gaoni, officially isolated, characterized, and then artificially synthesized THC and CBD. Mechoulam not only confirmed that their lab had successfully isolated the notoriously difficult-to-isolate compounds, but that THC was the phytocannabinoid most responsible for getting people “high.” (He tested this by baking some THC into brownies and getting stoned with his wife.)

As the years went by, Mechoulam and his team at the University of Tel Aviv continued their work on weed. Mechoulam and Gaoni suspected that since the brain could receive THC and get us high, our bodies must have a specific but undiscovered cellular machinery that accepts THC. They began looking for a chemical produced by our brains that would mimic THC. Nearly three decades after their big discovery, it finally happened.

In 1988, WA Devane’s research team at the St. Louis University Medical School, working off Mechoulam’s cues, identified the CB receptor in rat brains. In 1990, a research group led by Lisa Matsuda at the Medical University of South Carolina successfully cloned the CB1 receptor and confirmed its function.

The chemists hypothesized that if the brain has CB1 receptors, then there must be some endogenous cannabinoid produced by the human body that evolved to activate the receptor. Two years after Matsuda’s findings, Mechoulam, along with associates WA Devane and Lumír Hanuš, discovered the first known endocannabinoid, which they dubbed anandamide, from the Saskrit word ananda, meaning “bliss” or “joy.” A few years after that, researchers found a second endocannabinoid, called 2-AG. From there, the field of cannabinoid chemistry exploded, with over 100 phytocannabinoids found in weed alone, and a handful of endocannabinoids identified in animals. 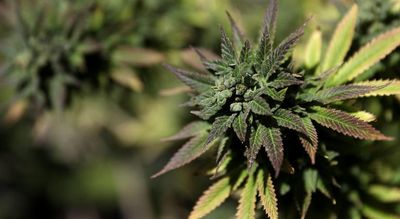 What Do Cannabinoids Actually Do?

Cannabinoid function varies from organism to organism. Phytocannabinoids in plants may have evolved to protect those plants from environmental stresses, such as UV radiation, extreme temperatures, or herbivores. Endocannabinoids in animals, however, serve different functions, but taken altogether, endocannabinoids keep the parts of the body working as they should.

Individually, each cannabinoid has specialized functions. 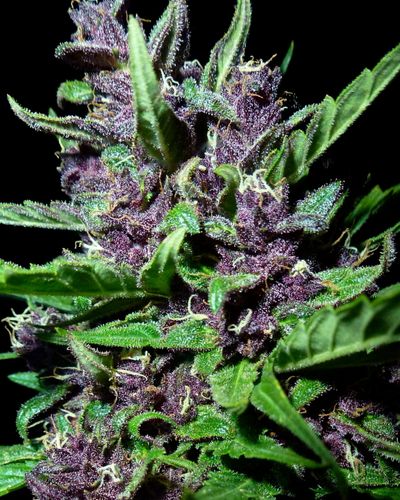 What Are Some Cannabinoids, and What Do They Do?

THC: Tetrahydrocannabinol, the part of weed that gets people lit. It has pain-killing, anti-inflammatory, stress reducing, hunger-inducing, and anti-cancer effects.

THCV: Tetrahydrocannabivarin, another non-intoxicating phytocannabinoid that suppresses appetite rather than stimulates it (like THC does). Some pharmaceutical companies are looking into THCV as a treatment for eating disorders and diabetes.

CBDV: Cannabidivarin, a phytocannabinoid being investigated as a potential treatment for autism.

CBN: Cannabinol, a breakdown product of THC and CBD. If you leave your weed sitting out for a long time, the THC in that weed will eventually degrade to CBN. CBN may work as a sedative or muscle relaxer.

CBC: Cannabichromene, another phytocannabinoid with antimicrobial and antifungal properties.

CBG: Cannabigerol, the precursor to all of weed’s other (and more prominent) phytocannabinoids. CBG serves as the foundation for building THC, CBD, THCV, CBN, etc. It also has some of its medicinal benefits, such as anti-inflammation and appetite stimulation.

AEA: Anandamide, the brain’s “version of THC.” It's a known neuroprotective endocannabinoid that can prevent chronic migraines. There is some evidence that anandamide is naturally produced by cocoa beans in small amounts, but some researchers have questioned whether those results were real. There is a woman in the UK who feels no pain due to a mutation that causes a build-up of anandamide in her system.

O-AEA: Virodhamine, which comes from the Sanskrit word virodha, meaning “opposition” or “incompatible.” Virodhamine is an endocannabinoid that blocks anandamide activity at CB receptors.

2-AG: 2-Arachidonoylglycerol, an endocannabinoid the brain produces in response to brain trauma. 2-AG has neuroprotective properties.

SCIENCE
CULTURE
CANNABINOIDS
WEED
MORE...
IN THIS STORY
CBD
Click to shop at our CBD store
Randy Robinson
FOLLOW
Based in Denver, Randy studied cannabinoid science while getting a degree in molecular biology at the University of Colorado. When not writing about cannabis, science, politics, or LGBT issues, they can be found exploring nature somewhere in the Rocky Mountains. Catch Randy on Twitter and Instagram @randieseljay
Share this article with your friends!
AD
By using our site you agree to our use of cookies to deliver a better experience.
Accept
Decline
MORE FROM MERRY JANE