CULTURE
What Is DMT and What Does the Psychedelic Drug Do to Us Exactly?
AD
DMT is known for making people trip balls, but the experience lasts considerably shorter than a mushroom or LSD experience. What is DMT, where does it come from, and what are its dangers and benefits?
Published on February 28, 2020

DMT, a psychedelic derived from certain plants native to Central and South America, has gotten the attention of North America’s cool kids in recent years. It’s not a new drug, but since DMT is currently making its way into vape pens and vacation brochures, it’s probably a good idea to get caught up on what this compound is, what it does, and how it could change modern medicine in the coming years. 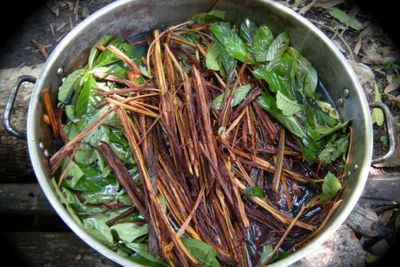 Where Does DMT Come From?

DMT, or N-dimethyltryptamine, is also known as the “spirit molecule” or “God molecule,” due to its profound and deeply touching psychoactive effects. DMT is one of a few famous psychedelic compounds that chemically resembles a natural neurotransmitter found in our brains called serotonin. (The other psychedelics that are chemically similar to serotonin are LSD, psilocybin and psilocin, and, to a lesser extent, MDMA.) DMT can be found in the entheogenic plant ayahuasca, but it’s also produced by jurema, the chaliponga vine, the chacrona shrub, virola bark, and the yopo and vilca trees.

Most of these plants are found in South or Central America. Local indigenous cultures, through religious or spiritual rites, have consumed DMT or DMT-containing plants for thousands of years. Only in the ‘60s, after American suburbanites started regularly tripping on psychedelics, did some boomers start referring to the DMT experience colloquially as a “businessman’s trip” or “business trip,” due to its incredibly short duration. In other words, some corporate type could trip out on DMT during her lunch break, then go right back to work immediately after soaring through the cosmos — or so the joke goes…

Scientists have also discovered DMT naturally occurring in some animal brains, and there's good reason to suspect that the human brain naturally produces it in small amounts, too. (This is different from the contested theory that the human body makes DMT in the pineal gland, which gets released upon death.) Why the mammalian brain makes some DMT remains a mystery, but it seems ridiculous that a chemical made in our own bodies can be classified a Schedule I drug in the US. And does that mean anyone’s brain, by law, could be considered criminal contraband by extension? Hmmm…

How Does One “Do the DMT,” Exactly?

However, note that DMT isn’t typically consumed directly from these plants. Although ayahuasca preparations involve drinking a liquid prepared from the plant, they can contain  several other psychoactive compounds besides DMT. Rather, DMT is chemically extracted from its plant sources, and those extracts are usually either smoked or vaporized through pipes or vape pens.

It’s possible to trip on DMT by swallowing it, but that requires combining it with a type of antidepressant medication called an MAOI. This is because the digestive system will shred DMT as soon as it hits the stomach, but mixing it with an MAOI kicks up its potency before the body metabolizes it into oblivion. But, since MAOIs can be dangerous to use without strict, proper doctor supervision, you should probably avoid the oral route.

You can also inject DMT to get high from it — but come on. If you gotta shoot up a drug to get jacked on it, it’s probably not worth doing. Period. You already got other natural, god-given holes in your body for intaking psychedelics; no need to forcibly create new holes and risk infection, injury — or worse.

Speaking of other inborn holes, DMT can also be mixed with powdered tobacco and snorted as snuff. This route remains fairly uncommon, though. 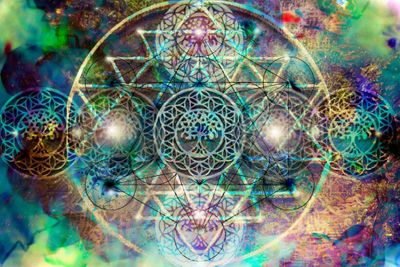 From what we’ve read (*cough cough*) DMT can, at high enough doses, cause intense, brilliant, intricately geometric — and, at times — overwhelming visuals. Hallucinations on DMT can be so vivid that some users report feeling as if they’ve been transported to another planet, universe, or dimension. And although the DMT trip usually only lasts about 15 to 30 minutes, psychonauts often say that the otherworldly journey can feel like it took hours or days.

One interesting phenomenon pops up across self-reports of DMT experiences. Many users claim they see “light beings” or creatures that defy typical physical descriptions, almost like living, breathing abstractions. These light beings usually impart some wisdom to the DMT user, though that wisdom may vary depending on the experience, if the psychonaut can even remember what they were told after returning to reality.

Many DMT users also report arriving at a physical singularity during the experience, basically a place where the universe meets at a single point, or a point that resides at the Center of All Things. For example, one internet-famous DMT report included a user writing that they found themselves inside of the “control panel” for the entire universe (which, of course, was being manipulated by the beings of light). In religion and folklore, this sacred location could have been described as the Arab world’s Mount Qaf, or ancient Greece’s sanctuary at Delphi.

But hey! People also report seeing all kinds of crazy shit while tripping on drugs, such as watching their faces melt while looking in the mirror, or witnessing the walls (and their food) pulsate like tell-tale heartbeats. 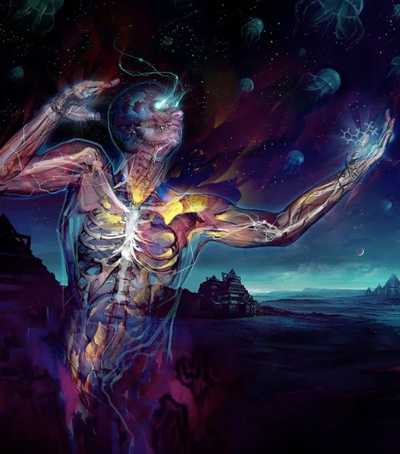 Are There Any Health-Related Dangers or Benefits From DMT?

Like any drug, DMT comes with side effects. The most common are nausea and vomiting, particularly when consuming it from an ayahuasca drink. Other adverse effects include increased heart rate, dizziness, audio and visual distortions, and freaking-the-fuck-out when taking too much. (Good thing it doesn't last long, eh?)

There is no known lethal dose for DMT in humans, but don't take that as an invitation to megadose it. Scientists don't have a lethal DMT dose calculated because the compound hasn't really been studied much, and there aren't a lot of case studies regarding DMT use in the medical literature.

However, there is an LD50 dose calculated for mice. LD50 denotes how much of a drug will kill roughly 50 percent of mice when administered to a group of them. In DMT’s case, that dose is anywhere between 32mg/kg to 47mg/kg, but these values only apply to DMT injections (and what did I just say about shooting up drugs for non-medical purposes?).

As for the potential health benefits from DMT use, again, researchers are still working out this info. However, the few studies we do have suggest DMT, like other plant- and fungus-derived psychedelics, could treat several mental conditions such as anxiety, depression, PTSD, drug or alcohol addictions, or fearing death among terminally ill patients.

DRUGS
MENTAL HEALTH
PSYCHEDELICS
MEDICINAL PSYCHEDELICS
MORE...
Randy Robinson
FOLLOW
Based in Denver, Randy studied cannabinoid science while getting a degree in molecular biology at the University of Colorado. When not writing about cannabis, science, politics, or LGBT issues, they can be found exploring nature somewhere in the Rocky Mountains. Catch Randy on Twitter and Instagram @randieseljay
Share this article with your friends!
AD
By using our site you agree to our use of cookies to deliver a better experience.
Accept
Decline
MORE FROM MERRY JANE