CULTURE
What Is LSD and How Does This Drug Affect the Mind?
AD
Widespread use of LSD, alongside cannabis use, launched the ‘60s counterculture movement. But what, exactly, is LSD, and how is it such a powerful psychedelic?
Published on October 2, 2019

“Taking LSD was a profound experience, one of the most important things in my life,” a prominent American figure once said. “LSD shows you that there’s﻿ another side to the coin, and you can’t remember it when it wears off, but you know it. It reinforced my sense of what was important — creating great things instead of making money….”

Who said this about the potent hallucinogen LSD, otherwise known as “acid?” No, it wasn’t Ivy-League-academic-turned-hippie-guru Timothy Leary. Nor was it any of America’s drug-addled rock stars.

That line came from the founder of Apple Inc., Steve Jobs. Today, Apple Inc. is one of the most successful companies in the world, and it continues to drive technological innovation years after Jobs’s passing in 2011. 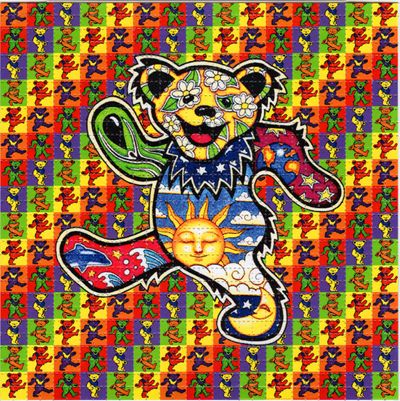 What, Precisely, Is LSD?

LSD is short for lysergic acid diethylamide, a synthetic compound typically made from ergot fungus. Scientists aren’t entirely sure how LSD works on the brain, though we do know that it has activity at our serotonin receptors, and it’s one of the only drugs known that directly affects both dopamine and serotonin receptors.

LSD is typically classified as a hallucinogen, as it characteristically generates visuals like random prisms in the air, breathing walls, or “tracers,” which is when you see light smear across empty space. LSD is also classified as an entheogen, or drugs that cause users to feel as if they’ve transcended physical reality or touched the divine.

In its natural form, LSD is a crystalline powder that glows under UV light. When it’s sold on the streets, it’s usually dissolved in a liquid, and that liquid can infuse the acid into blotter paper or candy. Although most LSD users probably take it on paper or candy, the liquid can be directly dropped into the mouth, into the eyes (you crazy bastards), or onto bare skin. Yes, the LSD molecule is so tiny it absorbs directly through the skin’s pores, so if you happen to, y’know, accidentally find a vial while at a rave, be careful not to get any of it on your hands. 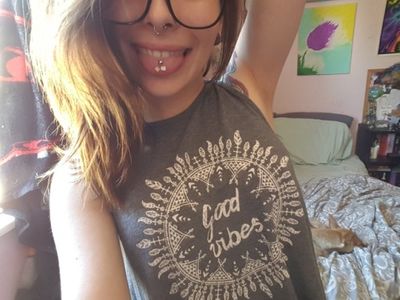 How Does LSD Work?

For decades, neither the scientific nor medical communities understood how LSD could lead to these mind-blowing experiences. Then, earlier this year, researchers stumbled on a massive clue: Brain scans for people on LSD suggested that the drug was causing the brain’s normal connectivities to go into hyperdrive. In other words, LSD created new connections within the brain that weren’t usually there, which could explain why people on LSD often experience major psychological or conceptual breakthroughs. The total-brain-connectivity thing could also explain why some people tripping on LSD experience synesthesia, where the senses blend and overlap (e.g. smelling the color red, seeing musical harmonies, tasting the number 6).

The key component of LSD’s pro-connectivity properties is the thalamus. The thalamus is the part of the brain that filters our sensory inputs. It’s why you may focus on foul smells in your kitchen even though your prep area is relatively clean and sanitary, or why men have difficulties listening to women. Researchers learned that LSD primarily works on the serotonin receptors in the thalamus, which is odd, because most of our serotonin receptors are located in the gut, not the brain. So, essentially the brain is no longer filtering sensory inputs once the acid trip starts. LSD users are literally undergoing a fantastically wild sensory overload. 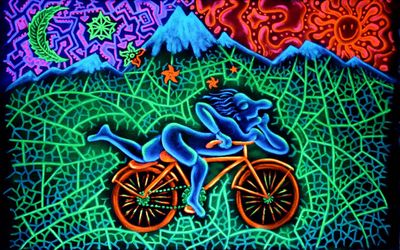 How Long Have People Been Taking Acid?

The compound was first discovered by Swiss chemist Albert Hoffman in 1938 while he was inventing novel chemicals for pharmaceutical uses. At first, Hoffman’s employer, the Big Pharma giant Sandoz, didn’t see any use for the drug, so it went nowhere.

Hoffman was convinced he found something special, so five years later he began toying with the chemical again, and according to the story, he accidentally got some on his ungloved hand and felt a little funny. A few days after the accidental dosing, he intentionally ingested some LSD, but then started tripping too hard. So, he left the lab to go for a bike ride, which wasn't only the world’s first documented acid trip, but also the most influential bike ride in human history.

Four years after that bike ride, Sandoz saw the light(s), and finally marketed LSD as a cure-all drug that could treat everything from schizophrenia to “sexual perversions.” Sandoz’s patent expired in 1963, and that’s when LSD entered the mainstream.

In the 1960s, Harvard psychology professor Timothy Leary began experimenting with LSD, as did authors Alduous Huxley (who wrote Brave New World), Ken Kesey (One Flew Over the Cuckoo’s Nest), and Tom Wolfe (The Electric Kool-Aid Acid Test). Other early proponents of LSD use included inventor Al Hubbard and one of the Grateful Dead’s sound guys, Owsley Stanley, who founded America’s first underground LSD production lab. As writers, artists, and academics took up LSD as a path toward enlightenment, it caught on with the ‘60s counterculture movement, and soon hippies around the world over were “turning on, tuning in, and dropping out” by droves.

Of course, as with pretty much all psychedelic tools embraced by the counterculture movement, LSD was eventually outlawed in the US. In 1970, it was placed on President Nixon’s Controlled Substances List, specifically in the Schedule I category, alongside weed and heroin. 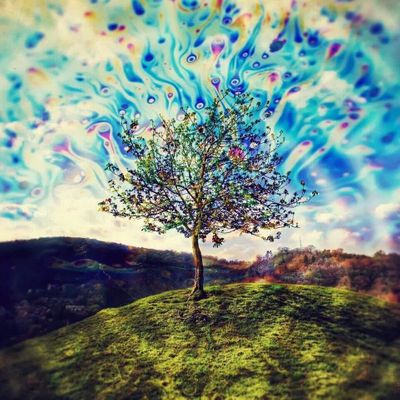 What’s Going on with LSD Today?

LSD is still classified as a Schedule I drug. That means the federal government considers it both addictive and dangerous, and lacking any “accepted medical use.”

However, like weed (and psilocybin mushrooms!), LSD is making a comeback. Yes — the kind of comeback that could make it legal again. Researchers are discovering that LSD may work wonders for treating certain maladies such as chronic depression, anxiety, drug addiction, and PTSD. There are currently clinical trials for LSD as a pharmaceutical drug, and if they’re successful, we may see LSD rescheduled sometime in the near future.

Until then, just remember that LSD is outlawed in the US. If you seek it out, or if you try it, you do so at your own risk.

PSYCHEDELICS
LSD
SEO
TRIP
MORE...
Randy Robinson
FOLLOW
Based in Denver, Randy studied cannabinoid science while getting a degree in molecular biology at the University of Colorado. When not writing about cannabis, science, politics, or LGBT issues, they can be found exploring nature somewhere in the Rocky Mountains. Catch Randy on Twitter and Instagram @randieseljay
Share this article with your friends!
AD
By using our site you agree to our use of cookies to deliver a better experience.
Accept
Decline
MORE FROM MERRY JANE