CULTURE
Just How Long Does Acid Stay in Your System?
AD
Want to drop LSD, but scared it's going to show up on a drug test? You've come to the right place. Here's the down-low on how long acid stays in your body after a trip.
Published on July 24, 2019

Waking up on a Monday morning, you stretch and inhale deeply as your mind instantly returns to the weekend. You spent those glorious two days camping with friends in Southern California’s High Desert. The hiking, communing with nature, and sleeping under the stars was exactly the reset your body and soul needed. It was definitely a good trip — in more ways than one. On Saturday night, the six of you shared a joint and ate a tab of acid each before watching the sunset morph from white-hot to orange to purple, while shadows enveloped the stunning barren landscape.

That was a stellar trip, you think to yourself as you reach for your phone. But two minutes later, that feeling of contentment is replaced by anxiety. You see an email from the marketing firm you sent off your resume to last week. And, great news! You’ve landed an interview. But despite the firm’s cutting-edge reputation, you know from an acquaintance that a corporate directive requires that all applicants have to pass a drug test. Instantly, your mind is obsessed with one question: How long does acid stay in your system?

How Long Does Acid Stay in Your System?

The answer to the question is (luckily) not long.

Taken by mouth, lysergic acid diethylamide, or LSD, enters the body through the gastrointestinal tract, where it is absorbed by the bloodstream and distributed to the rest of the body. Effects of the drug are usually noticed in about 30 to 90 minutes and usually peak and begin to subside within a few hours, depending on the dose.

LSD is an unstable molecule and is broken down into other compounds by the liver. Depending on the type of drug test, acid can no longer be detected within days — even hours. Also, the fact that the amount of acid required to trip is so small for most people means that labs must use very sensitive and expensive equipment to detect the presence of the drug.

How Long Is Acid Detectible in a Urine Test?

If you’re asked to pee in the cup after tripping on acid, you most likely have nothing to worry about. According to information from the National Institutes of Health’s Toxicology Data Network, most routine urine screenings for drugs will not detect LSD. Acid can be detected in urine using highly sensitive analysis, including liquid-liquid extraction and ultra-high-performance liquid chromatography-tandem mass spectroscopy (UHPLC-MS/MS), but the prohibitive cost of these tests means that they are not commonly used for drug screenings. And even if they were, because the liver is so effective at breaking down acid into other compounds, only 1 percent of LSD is excreted in the urine unchanged within 24 hours. After 72 hours, current tests are unable to detect LSD or its byproducts in urine. 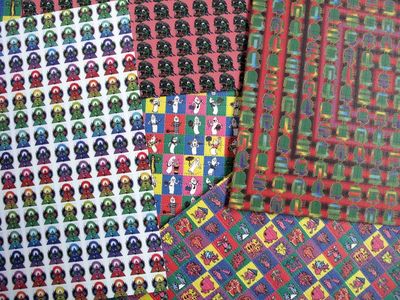 How Long Does Acid Stay in Your Blood?

Detecting LSD in a blood sample also requires the use of sophisticated equipment such as liquid-liquid extraction and UHPLC-MS/MS, but again, the small quantities of acid involved make the task difficult. In one study, the drug could be detected in all participants who had taken a 100 microgram (mcg) dose of LSD up to eight hours after ingestion. Researchers could detect LSD in blood samples from all subjects who had been given a 200 mcg hit of acid for up to 16 hours. The amount of LSD detected in both groups of participants went down over time. After 16 hours, LSD could be detected in only nine of 24 subjects who had taken 100 mcg of the drug. So, basically, after 24 hours, LSD can’t be detected in blood samples.

How Long Does Acid Stay in Your Hair?

Some screenings for drug use are conducted by analyzing a hair sample, a technique that can detect traces of drugs and estimate how long ago they were consumed. In a 2015 study, researchers were able to quantify the amount of LSD present in human hair samples. However, the research seems to be another example of bullshit science that has no bearing on reality. The hair samples used in the research had been treated with LSD instead of being collected from people who had actually dropped acid. 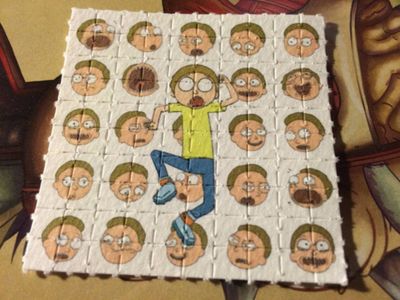 In a nutshell, if wondering how long acid stays in your system is the only thing keeping you from enjoying an acid trip, dose away, my friends. Even if you end up taking a drug screening the very next day, you’re not likely to test positive for LSD. Now, aren’t you looking forward to that next mind-melt in the desert?

RESEARCH
DRUGS
PSYCHEDELICS
INFORMATIVE
MORE...
IN THIS STORY
CBD
Click to shop at our CBD store
A.J. Herrington
FOLLOW
A.J. Herrington is a freelance writer focusing on cannabis news, business, and culture and has written for publications including High Times, Sensi, and HEMP. When he's not banging away at the keyboard, you'll probably find him tending to his plants in the garden.
Share this article with your friends!
AD
By using our site you agree to our use of cookies to deliver a better experience.
Accept
Decline
MORE FROM MERRY JANE