CULTURE
What Is MDMA and What Does the Drug Do to You?
AD
Pure MDMA is the stuff raver dreams are made of. It's also being studied as a possible antidote to treatment-resistant PTSD. So, what's the difference between MDMA and ecstasy, and what effects do each have on your body?
Published on October 21, 2019

MDMA, like weed, straddles two entirely different worlds in the public’s eye. On one hand, it’s been implicated in a rash of festival deaths, where young people take too much and overheat, dehydrate, or simply overdose. On the other hand, it could become a breakthrough drug for therapy, one that effectively treats mental illnesses that have traditionally resisted conventional medicine.

So, which is it? Is MDMA an incredibly dangerous “party drug” that’s just waiting to kill the next person who takes it? Or is it a potentially blockbuster medication that could restore lives where traditional medicine has failed? 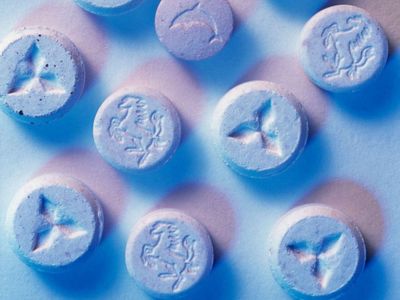 What MDMA Is Not

To understand what MDMA is and how it works, we need to dispel some misconceptions. MDMA is often sold as “ecstasy” or “molly” on the streets. But MDMA is not ecstasy. And, although molly is slang for MDMA, what a dealer slings at a party probably isn't the same ultra-pure powder that's been dubbed "breakthrough therapy" in the recent clinical trials.

Ecstasy typically comes in the form of pressed pills. These pills often appear in an assortment of colors or are printed with some type of logo, like a Playboy bunny, a Superman Man emblem, an Adidas logo, or Donald Trump's face. While the media and drug dealers both peg these pills as “MDMA,” ecstasy is not MDMA, exactly. Rather, ecstasy is usually a whole host of illicit and legal substances — which may or may not be mixed with MDMA — and in some cases, your ecstasy pills may not contain any MDMA at all.

Molly is a general slang term referring to MDMA. Other street terms include Adam, Eve, E, and X (though the latter two typically refer to ecstasy pills). What's sold as "molly" typically comes as a crystal, rock, or powder packaged in a plastic baggie. Usually these crystals are off-white, yellow, or grayish. But like ecstasy, molly can be anything. Molly often contains, or entirely is, a chemical that forms chunky crystals like cathinones, piperazines, and other components of so-called "bath salts." But since some of these knock-off MDMA's effects, street dealers don’t think twice about peddling fake shit at your expense.

Again, like ecstasy, molly may contain MDMA. But don’t bet your life on it. With ecstasy and molly out of the way, let’s now discuss actual, pure MDMA. 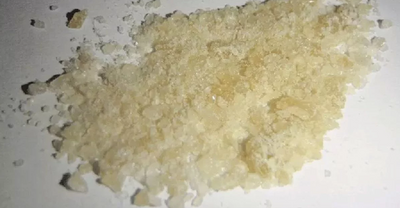 MDMA stands for methylenedioxy-N-methylamphetamine. You may wig out at seeing the word “amphetamine” next to two “meths,” but rest assured, MDMA is not crystal meth — although, it is an amphetamine-like compound. Its amphetamine qualities include dilated pupils, constricted blood vessels, increased heart rate and body temperature, a lack of appetite, a tight jaw, and an inability to sleep. Abusing MDMA over a long period of time may trigger body-wide muscular damage known as rhabdomyolysis.

That’s pretty much where MDMA’s similarities to amphetamines like dextroamphetamine (a.k.a. Adderall) end. MDMA is not nearly as addictive as amphetamines or crystal meth, and there's still debate as to whether its addiction rate is any higher than being addicted to gambling, television shows, or marijuana.

What makes MDMA unique to the inferior amphetamines is its ability to facilitate open-mindedness and amplify tactile sensations. MDMA is classified as an entactogen, meaning a drug that enhances empathy and emotional awareness. It’s this ability to dismantle psychological barriers that has psychiatrists studying the drug as a medicine. Or, as one MDMA-loving character said in the 2000 film Groove: “Pot and beer, they fuck you up. This enhances you. Heightened awareness of your senses, especially touch, a feeling of connection... openness... honesty. It's like being a kid.”

Or, as the legendary organic chemist Alexander Shulgin — who's been called the "inventor of MDMA" (he didn't invent it, but he did resurrect it from pharmaceutical obscurity) — explained in his book Pihkal after dosing himself on 120mg:

I feel absolutely clean inside, and there is nothing but pure euphoria. I have never felt so great, or believed this to be possible. The cleanliness, clarity, and marvelous feeling of solid inner strength continued throughout the rest of the day, and evening, and through the next day. I am overcome by the profundity of the experience, and how much more powerful it was than previous experiences, for no apparent reason, other than a continually improving state of being. All the next day I felt like 'a citizen of the universe' rather than a citizen of the planet, completely disconnecting time and flowing easily from one activity to the next.

Before we dive into this next part, just know that there’s no scientific consensus on how MDMA works its magic. The drug didn’t become popular until the ‘80s, where it was quickly slapped into the Schedule I category by the DEA, where it sits next to heroin, LSD, and (of course) weed.

Johns Hopkins Medical School released study results last April showing that MDMA in mice activated what’s called a “critical period.” Just like with humans, when mice enter a “critical period,” they’re able to learn and relearn new emotional, cognitive, and social behaviors. Mental illnesses such as PTSD blunt or block the brain from being able to relearn anything, which is why combat veterans often find themselves reliving violent flashbacks, or why abuse survivors view close friends and strangers alike with hypervigilant paranoia.

In other words, MDMA temporarily shuts off our defense mechanisms so we can consider other perspectives, pathways, or options. It rewires the brain so it can think beyond its primitive survival strategies to embrace a happier, more fulfilling life.

The MDMA high or experience is called “a roll” or “rolling.” It’s also called “a thizz” or “thizzing.” After orally ingesting MDMA, it can take up to 90 minutes for it to kick in, and the effects can last 4 to 8 hours. 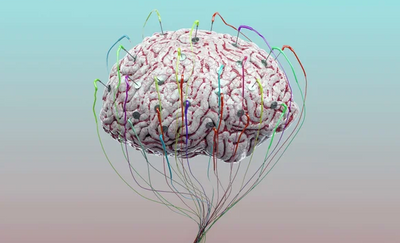 About Brain Damage and MDMA

As it went with weed, it goes with MDMA, too: MDMA does not cause permanent brain damage, the same way cannabis doesn’t cause brain damage.

One of the prohibitionists' favorite arguments against MDMA is that MDMA creates “holes” in the brain. This erroneous claim comes from older rodent studies that found that MDMA administration in rats and mice caused their serotonin receptors to basically tip on empty shortly after the drug took effect. But a meta-analysis of MDMA and brain studies from 2011 put those concerns to rest when it concluded that MDMA does not cause brain damage.

At worst, MDMA may cause short-term withdrawal effects that can last up to a month, such as feeling low, restlessness, or loss of appetite. But the brain is incredibly tough, and it can repair itself. The general rules of thumb are don’t roll more than once a month, take some vitamin C early into the roll, drink plenty of water, and stay cool during the experience. Of course, those rules are largely folklore until we conduct more research, so play with your brain cells at your own risk.

Speaking of risk, as always, remember that MDMA is currently illegal AF pretty much everywhere on the planet. It’s only legally available in the US if you’re a patient in an experimental drug trial. Otherwise, if the cops catch you with it, you could be facing charges or prison time.

DRUGS
PSYCHEDELICS
PTSD
PILLS
MORE...
Randy Robinson
FOLLOW
Based in Denver, Randy studied cannabinoid science while getting a degree in molecular biology at the University of Colorado. When not writing about cannabis, science, politics, or LGBT issues, they can be found exploring nature somewhere in the Rocky Mountains. Catch Randy on Twitter and Instagram @randieseljay
Share this article with your friends!
AD
By using our site you agree to our use of cookies to deliver a better experience.
Accept
Decline
MORE FROM MERRY JANE