MDMA, the compound in ecstasy and “molly,” currently lives a dual life in the media. Outlets simultaneously warn people about deaths attributed to the drug, meanwhile those same outlets report on its use in clinical settings to treat PTSD and depression.

Before we dive in, we should first differentiate MDMA from ecstasy and molly. MDMA is methylene dioxy-methylamphetamine, an empathogen/entactogen that dissolves our mental barriers responsible for fear and anxiety.

Ecstasy, on the other hand, is a street term for pills or capsules sold as MDMA. While ecstasy can contain MDMA, it is also often adulterated with other, more dangerous drugs such as cocaine, crystal meth, fentanyl, or other opioids. Assuming, of course, the ecstasy actually contains any MDMA at all.

Molly is often marketed by drug dealers as a powdered form of pure MDMA, though that’s rarely the case. Again, as with ecstasy, molly is often adulterated with drugs such as “bath salts,” piperazines, or cathinones.

Since molly and ecstasy can contain a host of other stimulant or psychedelic substances, it’s difficult to pinpoint a reliable average for how long those street versions of MDMA can last. As such, this post will only look at pure MDMA alone. 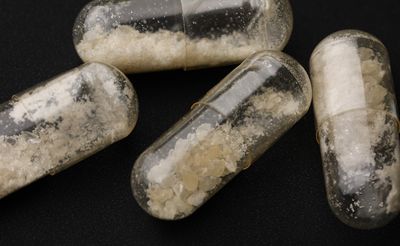 How Long Does an MDMA High Last?

According to a pharmacist at Healthline, MDMA takes about an hour to 90 minutes to kick in after it’s swallowed. (Snorting it as a powder works faster, but the effects don’t last as long, either.) The peak effects can last for roughly two to four hours, though (like LSD) some users report that residual effects, otherwise known as an “afterglow,” can persist for up to 24 hours, or until the consumer gets a good night’s sleep.

Some MDMA users have reported feeling either its afterglow or depressive “crash” (or both) for days after initially consuming it, particularly after a first-time experience.

Gallery — A Short History of Musicians and MDMA:

Can I Prolong the MDMA High Once It Starts?

Folklore in the rave scene claims that vitamin C supplementation can enhance or extend MDMA’s mind-blowing high. There’s little evidence to support this claim, though studies have shown that vitamin C can significantly reduce MDMA’s toxicity on brain and nerve cells. That’s why you often hear musicians talk about drinking orange juice after eating ecstasy, such as the infamous Gucci Mane track “Pillz,” featuring the lyrics, “Gucci show time! / Give me five more minutes and a cold orange juice cause I’m really, really tripping.”

Some users claim that combining other intoxicating substances, such as cannabis or alcohol, could enhance the MDMA experience. However, other users say that mixing other drugs with MDMA diminishes the experience, so polydrug combinations and their effects probably varies from person to person.

Can I Stop the High Once It Starts?

Yes, you could, in theory, stop MDMA once it gets going, especially if the experience isn’t enjoyable or if it’s going on for too long.

Scientists still don’t really understand how MDMA works, but evidence suggests that it ramps up serotonin signaling. This signaling cascade causes the brain to drop its defense mechanisms — irrational anxieties, paranoias, and fears caused by trauma — which allows people to emotionally and mentally open up to others, as well as accepting and compromising with traumatic memories.

So, as with LSD – which also works by binding to serotonin receptors – MDMA highs could be stopped with other drugs that block serotonin. For example, the anti-nausea drug ondansetron could end an MDMA experience by blocking serotonin in the gut (where the body contains the most serotonin receptors).

However, combining MDMA with selective serotonin reuptake inhibitors (SSRIs) can prove deadly, as the brain goes haywire trying to simultaneously push and obstruct the release of serotonin. In fact, taking MDMA with any antidepressant can have serious detrimental effects, so be very careful about rolling if you’re also taking depression meds.

There is also a myth among ravers that drinking tons of water can end the MDMA high. This is purely a myth. Although drinking water is important while on MDMA (as the drug increases body temperature and can lead to dehydration), it does nothing to end or prolong the psychoactive effect. Over-hydrating, however, can cause the brain stem to swell, leading to coma or death. 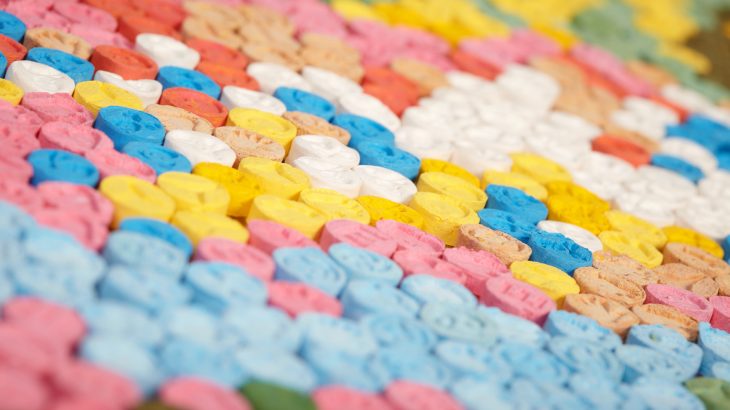 MDMA in the Clinical Setting

MDMA is slowly regaining acceptance as a psychotherapy tool. When the drug first came to prominence in the late ‘70s and early ‘80s, it was originally used by counselors and psychiatrists to help patients overcome PTSD and depression. The drug became outlawed in the late 1980s, as it became popular as an illicit party drug.

A handful of clinics in the US offer MDMA to patients who qualify for the FDA’s experimental drug program. In these settings, psychiatrists and clinicians carefully monitor the patient after they’ve consumed the substance. Patients are to remain on the premises, in a comfortable environment, often overnight, so the drug has time to wear off.

In other words, if you’re planning to take MDMA in a psychotherapy situation, prepare to schedule at least two entire days for the treatment. You won’t be allowed to take the MDMA home with you, unfortunately.

RESEARCH
EDUCATION
HISTORY
CULTURE
MORE...
Randy Robinson
FOLLOW
Based in Denver, Randy studied cannabinoid science while getting a degree in molecular biology at the University of Colorado. When not writing about cannabis, science, politics, or LGBT issues, they can be found exploring nature somewhere in the Rocky Mountains. Catch Randy on Twitter and Instagram @randieseljay
Share this article with your friends!
AD
By using our site you agree to our use of cookies to deliver a better experience.
Accept
Decline
MORE FROM MERRY JANE