So, you’re trying to convince your grandma to try medical cannabis, but she doesn’t want to get high. Or maybe you’ve noticed that new line of weed-infused beauty products at the local drug store, but you’re not sure what they are or what they’re supposed to do.

Welcome to the CBD craze. It’s sweeping the nation like a fossil-fuel-induced heatwave. And despite the feds’ best attempts to scare people away from CBD, it looks like it’s here to stay. 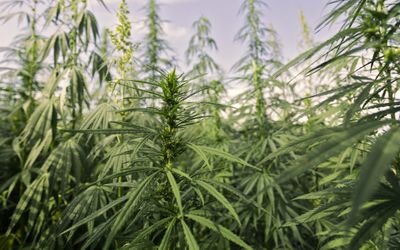 What, Exactly, Is CBD?

CBD is short for cannabidiol (pronounced kanna-bih-dye-ahl). It’s a molecule that’s pretty much only found in Cannabis sativa, much like that other compound found in weed, THC (or tetrahydrocannabinol).

A growing mountain of evidence shows that CBD has several medical or medicinal uses. Last year, the US FDA approved America’s first weed-derived CBD medication, Epidiolex, which is prescribed to patients with severe epileptic seizure disorders. Studies have shown that CBD could also help break drug addictions, combat chronic pain, reduce anxiety and depression, protect nerve and brain cells from damage, and potentially treat some cancers. But since CBD comes from cannabis, and marijuana remains federally outlawed (but not hemp, the primary plant source for today’s CBD), research on CBD has been slow developing in the US.

While the FDA mulls new regulations for CBD products, the hemp-sourced chemical is being infused in everything from food to lotions to underarm deodorants. At the moment, the FDA is cracking down on select companies that make health claims related to their CBD products, especially CBD products made from edible foodstuffs. 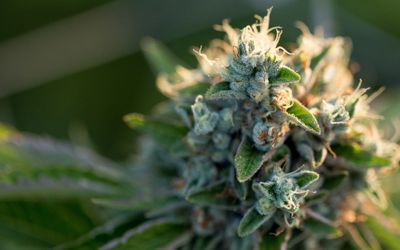 How Is CBD Different From THC?

THC is known as the part of weed that gets people intoxicated. CBD, on the other hand, doesn’t get anyone lifted, although some folks claim that high doses of it can instill some chill, feel-good vibes.

Caption: THC (on the left) has three closed carbon hexagon rings in its structure. CBD (on the right) features a “break” in the middle hexagon ring. (Source: Ethan Russo and Geoffry Guy)

Unless you’ve taken some chemistry courses, you probably don’t really understand those two chemical structure diagrams. So, here’s a quick takeaway: THC is a molecule made up of three carbon-based hexagon rings. CBD is essentially that same three-ring structure, but it’s “broken” at the center, making it two big rings that can twist along that “broken” axis. That small but incredibly significant break explains how CBD gets no one blazed, but THC does.

Both THC and CBD work on our bodies by binding to our CB receptors. CB receptors are tiny protein “gates” embedded in our cells, and these receptors regulate how our cells communicate with one another, our organs, and our brain. Since THC is composed of three solid rings, it binds tightly to the CB1 receptor that’s mainly found in our brains and nerves, hence why it gets people stoned.

CBD, however, does not bind tightly to the CB1 receptor (remember, it’s got that break along its middle section). It binds to the receptor just enough to stimulate it, but it cannot activate the CB1 receptor the same way THC does. Instead, CBD binds much tighter to another CB receptor, known as CB2, which is primarily found on our immune cells and in the spleen.

CBD’s actions on CB2 may explain why CBD works well for reducing the severity and frequency of some seizures. However, there is evidence that CBD is far more effective for seizure disorders and other maladies when it is combined with a little THC. 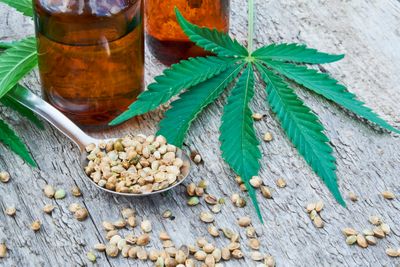 What Happens When CBD Is Taken with THC?

Several studies show that cannabis works best medicinally when CBD and THC are consumed together. You can read about them here and here. In short, we experience what's called "the entourage effect" or "the ensemble effect."

Additionally, CBD can attenuate the effects of THC’s intoxicating properties. In other words, CBD changes the weed high, usually by reducing the anxiety or paranoia that comes with getting too blazed. CBD also extends THC’s effects, so CBD/THC combo highs last longer, too. 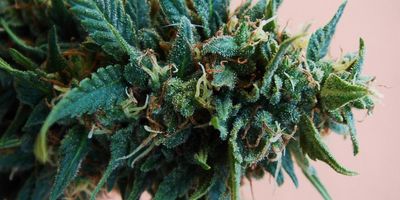 Are There Any Adverse or Side Effects From CBD?

In short, yes. Just as there are with any other drugs or medicines. For the most part, however, CBD does not appear to have any immediately lethal side effects, but keep in mind that it has not been thoroughly studied, and researchers are still debating its benefits and dangers.

The most pressing issue from heavy CBD dosing has to do with drug interactions and liver activity. CBD messes with the liver’s cytochrome P450 enzymes — the enzymes responsible for breaking down most pharmaceutical drugs. If there’s too much CBD in the liver, the liver can’t clear out other drugs, so those other drugs backup and build up in the bloodstream, for better or worse (usually worse). For this reason, seizure patients are supposed to tell their doctors if they’re taking CBD along with other pharmaceuticals. Some seizure patients have withdrawn from CBD studies due to its activities on the liver.

And while CBD in lower doses is often marketed as a nausea treatment, there is some evidence (from rodent studies) that large doses of CBD can increase nausea and vomiting if coupled with a nausea-inducing drug.

And, last but not least, according to one pharmaceutical company’s internal studies, CBD can trigger depression, anxiety, and even suicidal thoughts in some susceptible people. So, dose carefully and responsibly; just because CBD does not get anyone toasted does not mean that it is completely harmless, either.

Gallery — Float in the Clouds with Some CBD Memes:

That really depends on who you ask. Some CBD manufacturers will insist that CBD is legal in all 50 states, but law enforcement — depending on the jurisdiction — often says differently.

Some US states, such as Texas, may treat CBD as if it were marijuana. Meanwhile, weed-legal states like California and Colorado have few or no real restrictions on CBD.

Before buying up a bunch of CBD products online or at a retail store, check your local laws to see if it’s OK to possess or consume CBD in the state you reside in.

HEMP
CBD
EDUCATION
MEDICAL MARIJUANA
MORE...
IN THIS STORY
CBD
Click to shop at our CBD store
Randy Robinson
FOLLOW
Based in Denver, Randy studied cannabinoid science while getting a degree in molecular biology at the University of Colorado. When not writing about cannabis, science, politics, or LGBT issues, they can be found exploring nature somewhere in the Rocky Mountains. Catch Randy on Twitter and Instagram @randieseljay
Share this article with your friends!
AD
By using our site you agree to our use of cookies to deliver a better experience.
Accept
Decline
MORE FROM MERRY JANE