HEALTH
How Can CBD Oil Help with Pain Relief?
AD
Unadulterated CBD oils, like CBDPure, are completely legal, and provide one of the safest means to treat symptoms of chronic pain without adverse side-effects.
Published on May 28, 2019

An estimated 100 million Americans are living with chronic pain, a debilitating condition that is currently the number one cause of long-term disability in the United States. Traditionally, doctors have prescribed opioid-based pharmaceuticals to treat symptoms of chronic pain, but these drugs carry the risk of addiction — along with a host of unpleasant side effects.

Over the past few years, as the rates of opioid addiction and overdoses have been climbing, doctors and patients alike have been searching for new, natural alternatives to these dangerous drugs. One of the most promising new treatments is cannabidiol, popularly known as CBD, one of over 120 different cannabinoids naturally found in the cannabis plant.

Cannabinoids interact with the body's endocannabinoid system, which regulates bodily functions like immune response, sleep, and pain. Unlike THC, the most widely-known cannabis compound, CBD does not produce a high — or any major psychoactive effects.

CBD first became popular as a treatment for epilepsy and spastic disorders, but researchers soon discovered that this remarkable cannabinoid can help with a wide range of ailments. Recent studies are reporting that CBD oil can help treat anxiety, reduce some of the effects of Alzheimer's or schizophrenia, or even help people quit smoking. 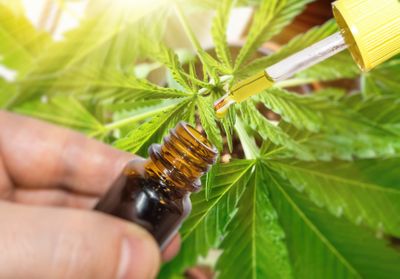 Scientists also report that CBD has shown promise for symptoms of chronic pain, arthritis, multiple sclerosis, and other pain-related disorders. A 2012 study published in the Journal of Experimental Medicine found evidence that CBD can reduce both pain and inflammation, findings that have been confirmed in other research. Cannabidiol can also help people suffering from arthritis manage their pain symptoms, according to a study published in the European Journal of Pain.

Researchers are only now beginning to understand exactly how this hemp extract is able to help the body deal with pain. CBD can stop the body from absorbing anandamide, a natural compound associated with pain regulation. This effect increases levels of anandamide in the bloodstream, which may in turn reduce an individual’s perceived level of pain. Other studies show that CBD can reduce inflammation in the brain and nervous system, which can also help control pain.

For years, CBD was considered only technically legal in states with medical marijuana programs or state research pilot programs, but the 2018 Farm Bill legalized hemp and all hemp-derived products — including CBD — at the beginning of this year. As the popularity of this “wonder molecule” continues to explode, the market is now flooded with a dazzling array of competing CBD products boasting hundreds of different health claims.

There are many factors to consider when choosing one of the many CBD products available on the market today.

Although some health food stores across the country are now carrying a broad spectrum of CBD edibles and infused beverages, the Food and Drug Administration still does not legally allow cannabis extracts to be added to food or drinks. Unadulterated CBD oils, like CBDPure, are completely legal, however, and provide one of the safest means to treat symptoms of chronic pain without the adverse side-effects associated with opioids. 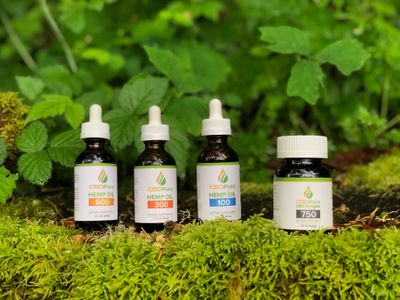 "With CBD, many of the minor aches and pains we all experience, and the inflammation that contributes to them, are lessened,” said CJ Montgomery of Nutra Pure, the company behind CBDPure. “It's like turning down the volume and reducing those levels to something a little less loud."

In order to create the purest possible oils, Nutra Pure selected a strain of hemp naturally high in CBD. The company grows their non-GMO hemp crop in Colorado using organic practices, without the use of herbicides or pesticides. For pain relief, this brand is a safe bet. In particular, we recommend their Hemp Oil 600 — a tincture with 600mg of CBD.

Another thing to consider when deciding which CBD product is best for you is whether or not the product has been tested for contaminants. A recent report has found that as much as 70 percent of the top 240 selling CBD products are contaminated with heavy metals or pesticides.

Every batch of CBDPure oil is tested three times — first at harvest, then at the company's production facility, and finally by an independent third-party laboratory. In addition to reporting the exact concentration of CBD, these test results verify that the product is free from pesticides, microbes, heavy metals, and residual solvents. The company makes this information publicly available so that customers can check the test results for the specific batch that they have purchased. 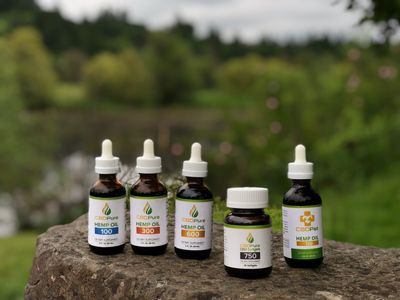 Anyone suffering from chronic pain owes it to themselves to explore the use of CBD oil to help manage the symptoms of their pain. Traditional painkillers may have their place in modern medicine, but now that a safer alternative exists, there’s no reason not to take advantage of it.

CBD
ADVERTORIAL
PAIN
CBD FLOWER
MORE...
IN THIS STORY
CBD
Click to shop at our CBD store
Chris Moore
FOLLOW
Chris Moore is a New York-based writer who has written for Mass Appeal while also mixing records and producing electronic music.
Share this article with your friends!
AD
By using our site you agree to our use of cookies to deliver a better experience.
Accept
Decline
MORE FROM MERRY JANE