CULTURE
Can You Get High From Snorting Weed?
AD
We all know we can eat, drink, and smoke weed. But can we snort it? We asked some experts to find out.
Published on April 16, 2019

A few years ago, award-winning actor and director Morgan Freeman touted the benefits of medical marijuana. “How do I take it?” he told The Daily Beast. “However it comes! I’ll eat it, drink it, smoke it, snort it!”

We all know we can eat, drink, and smoke weed. But can we snort it?

The short answer is yes. We can snort just about anything we can fit into our noses. One cannabis company already got the leg-up by offering a CBD nasal spray. Powdered weed, which is emulsified by binding cannabinoids to starches, can be snorted, too.

But can snorting weed actually get anyone high?

According to Brad Bogus, the VP of marketing at the data firm Confident Cannabis, yes, you can. If it’s got THC content.

Bogus recounted a story from 2017’s New West Summit, where one prominent industry leader was due to give a speech. While buzzed on booze, she snorted a couple lines of THC isolate, or pure THC crystals, which was handed out to attendees in the same little plastic bags one would find when scoring ketamine or coke. 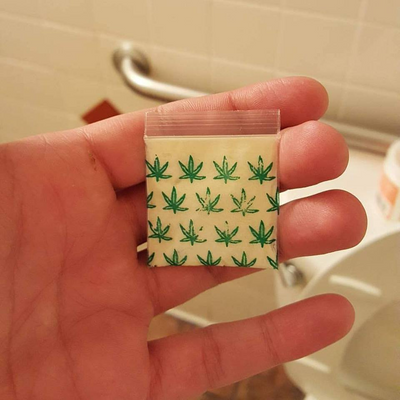 Photo of the THC isolate at New West Summit 2017

“She was falling all over herself, completely incoherent and babbly. She lost her wallet and her phone,” Bogus told MERRY JANE. “Friends had to take her back to her hotel and request a ton of wake up calls for her so she would make her appearance.

“It was THC isolate, on top of alcohol,” Bogus continued, “but the sloppiness was totally a result of snorting two lines of isolate.”

The woman, whose identity was kept confidential, eventually recovered from snorting THC and went on to deliver a magnificent speech, he said. 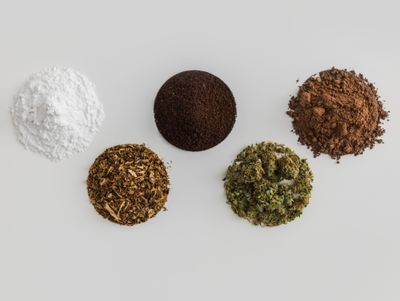 How Is This Even Possible?

How could crystallized weed get someone high, though?

According to Jessie Gill, RN, the founder of Marijuana Mommy, a medical cannabis information website, cannabinoids like THC and CBD can be absorbed through the nasal lining, “just like they are absorbed when taken under the tongue.” Because the nasal passages are easily irritated, she strongly recommended never snorting anything, even weed.

But not all weed products are created equal. The bioavailability of a snorted cannabinoid depends on the product’s design. For example, snorting a line of pure kief won’t get anyone high, but it will burn the sinuses.

With isolates, the bioavailability through the nose remains low because cannabinoids don’t dissolve in water, Gill said. Mucous membranes lining the nasal passages are mostly made of water, which should repel substances like THC or CBD. It’s possible no one truly feels the effects of weed through their nose, but are instead feeling it after swallowing the sinus drip in the back of the throat.

However, Gill noted that because isolates are highly concentrated, “it’s easy to over-consume,” especially in CBD’s case. “Consuming high doses of CBD via any method can lead to overstimulation, which some people may interpret as a ‘buzz.’”

Wait a second, CBD can overstimulate the brain? CBD doesn’t get anyone high, though, right? That’s the mantra, anyway.

It started as a whisper at the fringes of medical science, amplified over the years by a swelling chorus of cannabis activists, patients, and advocates. Then the media began singing the same tune, and before we knew it, CBD popped up in drugstores and suburban kitchen cabinets, now infused into everything from hummus to underarm deodorant.

But some say snorting this supposed wonder drug — which offers the plant’s medicinal benefits and none of its side effects — can, indeed, get them a little buzzed.

But only a little.

Reddit is filled with personal accounts of people claiming they felt something after snorting CBD isolates. Unfortunately, Reddit users are anonymous, and many of them are thirsty for upvotes, making their claims questionable.

So, we talked to some people who weren’t hiding behind handles.

Rudy Sta Ana, the founder of Cannabis Catered Events, is a fusion weed chef based in California. He told MERRY JANE he’s snorted CBD twice in his life.

The first time happened after a dare. When he did it the second time, it was to prove to someone he’d done it before.

The effects, Sta Ana said, were immediate. “It felt like a euphoric boost and just made me feel great. It didn't last very long, though.”

Jeremiah Baca, the owner of Phyto Therapeutic, an alternative healing center in Colorado, shared a similar account, although he mixed his CBD isolate with cacao powder.

“The effects were energizing and mood elevating,” Baca said. “And for someone with anxiety and depression, this is an application for quick relief. The effects were noticeable for about two to four hours.”

While Sta Ana insufflated CBD isolate for laughs, Baca did it as a wellness experiment, certain that the cannabinoid could absorb through the “thin walls of the nasal tissues” rich with tiny blood vessels.

Both men claimed they experienced no side effects. 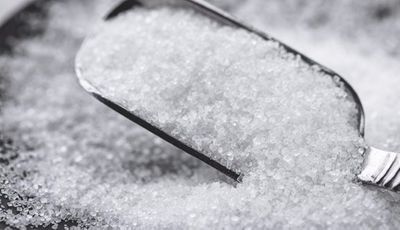 How CBD Could, Potentially, Get People Buzzed

Cannabinoids bind to cell proteins called cannabinoid, or CB, receptors. CB receptors act as locks on a cell, and cannabinoids essentially unlock them to trigger cell signaling. One of these receptors, CB1, mainly resides in the nervous system. Another receptor, CB2, can be found in the spleen and on immune cells.

THC, the part of weed that gets people stoned, binds tighter to CB1 receptors in the brain than it does to CB2 receptors in the immune system. This may be why THC couch-locks tokers and CBD doesn’t.

However, cannabinoid science is a young field. There are still a ton of kinks to work out.

Karl Young, the founder and lead chemist at Wesparklabs, believes CBD isn’t as sobering, or safe, as people think it is. He makes a product to treat cannabinoid hyperemesis syndrome, a vomiting illness he said is caused by a toxic build-up of CBD in the body.

The result of snorting CBD isolate, according to Young, is a brief high that lightly resembles heroin or cocaine, two drugs that wreak havoc on the brain’s serotonin and dopamine networks. Prolonged CBD toxicity, he said, can lead to depression, liver failure, or suicidal thoughts, the same side effects seen with harder street drugs and opioids.

Young’s dopamine hypothesis is an outlier, as most scientists believe CBD can’t get anyone high.

“Cannabinoids have not been shown to appreciably affect hormone levels or dopamine signaling,” countered Marco Troiani, an organic chemist and CEO of Digamma Consulting. “You might feel ‘crazy’” after snorting CBD, “but that’s just because you put some junk up your nose that isn't dissolving, and your nose’s mucous membrane isn't happy.”

Troiani did offer one explanation for CBD causing a buzz, regardless of consumption method, though he wasn’t convinced of his own proposal.

CBD blocks an enzyme, fatty acid amide hydrolase or FAAH, which breaks down the body’s natural cannabinoids, anandamide and 2-AG. Studies show anandamide may share the same properties as THC, including the high.

“Both THC and CBD end up activating the CB1 receptor,” Troiani entertained. “THC does it directly, CBD does it through boosting our natural endocannabinoid, anandamide.” In other words, CBD could get someone buzzed in a roundabout way by causing a buildup of anandamide in the brain. 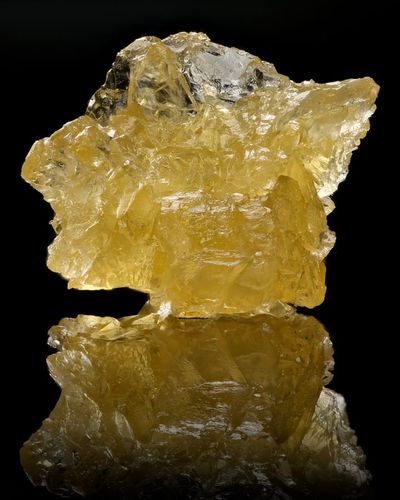 The Possibility of Pure Placebo

Dr. Adam Winstock, a psychiatrist and addiction specialist based in the UK, is also the founder of the Global Drug Survey. He said he’s never heard of anyone snorting cannabinoids, and he believes any claims of it causing a high, especially with CBD, are pure placebo.

In an email to MERRY JANE, Winstock wrote that some people may believe they’re catching a buzz from sniffing weed when all they’ve really done is suppressed some nagging symptoms such as anxiety, stress, or discomfort.

Winstock also suggested the “instrumental drug-seeking effect” could be at work. “People who are used to managing a stress by snorting a drug might get that expected effect” from snorting nasally inert weed products as well, he wrote.

Because so little research has been done on cannabis, or crystallized weed in particular, Winstock urged folks to remain skeptical, regardless of whether the alleged snorting-weed high is placebo or real.

“There’s lots of money out there, so I would be suspicious of every claim,” he cautioned. “The potential for profit can distort the truth and the stories people share.”

CONCENTRATE
RESEARCH
SCIENCE
CULTURE
MORE...
IN THIS STORY
CBD
Click to shop at our CBD store
Randy Robinson
FOLLOW
Based in Denver, Randy studied cannabinoid science while getting a degree in molecular biology at the University of Colorado. When not writing about cannabis, science, politics, or LGBT issues, they can be found exploring nature somewhere in the Rocky Mountains. Catch Randy on Twitter and Instagram @randieseljay
Share this article with your friends!
AD
By using our site you agree to our use of cookies to deliver a better experience.
Accept
Decline
MORE FROM MERRY JANE