For folks new to the legal cannabis scene, all the various product types can get… complicated. It doesn’t help, either, that there’s a lot of overlap between these terms. So let’s start with the basics. 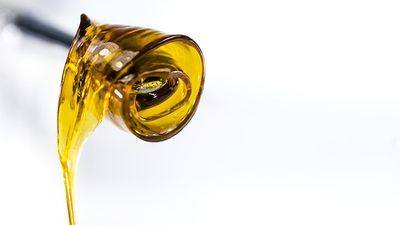 Extract: An Action and an Object

The word “extract” refers to two things. The first is a process that removes chemical components from the cannabis plant. The second is the product created by the process, referred to as “extracts” or “an extract.”

For example, take raw cannabis oil: a black resin with the consistency of cold maple syrup. One “extracts” this oil from the plant, then it’s processed and sold as “an extract.” 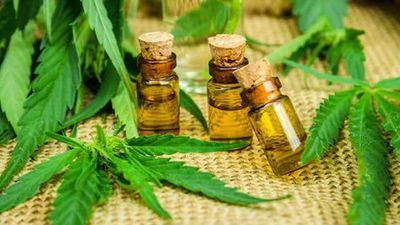 Oil: The Base for Everything Else

Raw oils contain the highest concentrations of cannabinoids like THC and CBD, as well as terpenes and other waxes naturally produced by the plant. But burning these oils tastes like crap, and they leave behind a persistent residue, so dabbing, vaping, or smoking FECO isn’t ideal.

To inhale concentrates, processors usually take some additional steps to clean up FECO goo. Inhalable versions usually start with a FECO extracted with solvents like butane, propane, or carbon dioxide.

To make matters more confusing, inhalable products are also called “oils,” and they include things like shatter, wax, and distillates. More refined oils veer toward the luxury end, like rosins and live resins.

Dabs: Another Action and Object

Now with extracts and oils out of the way: what are dabs?

“Dab” also has two meanings. The first refers to products, concentrate-like oils, which are called “dabs.” Typically, inhalable oils are called “dabs,” while edible oils (like FECO) are not.

“To dab” or “dabbing” refers to the activity where one consumes “the dab.”

How does dabbing work?

To perform a dab, many dabbers use a rig, sometimes called an oil rig. The rig is basically a bong or water pipe, except instead of a bowl for holding ground-up weed, it features a “nail.”

The nail is a small platform usually made of glass, ceramic, or titanium. After heating the nail electronically or with a blowtorch, the dabber touches the dab to the nail with a small stick-like instrument called a “wand.”

The heat and dab combine to vaporize the weed concentrate. The dabber inhales the vapor from the nail through the rig, delivering a mega-dose of cannabis to the lungs.

Dabbers on-the-go can use battery-operated vape pens to hit dabs discreetly, though this method is usually called “vaping” instead of “dabbing.” 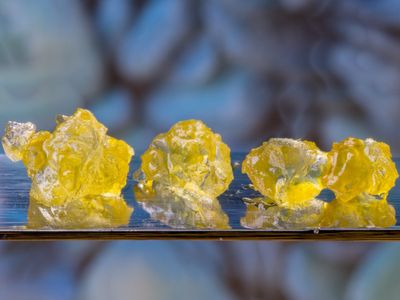 The Strongest Dabs in All the Land

Oils are the simplest forms of dabs or concentrates, but they’re not the most potent. Thanks to science, dabbers can now dip into relatively pure THC or CBD.

From oils, cannabinoids like THC can be further refined into pure crystals (called “diamonds”) or powders (called “isolates”). When the crystals are slathered in terpene oils, it’s called “sauce.”

But why would anyone dab ultra-potent cannabis concentrates when smoking regular ol’ buds is more affordable and requires fewer steps?

The potency alone is dabbing’s biggest selling point. Some tokers have reached their tolerance limits with things like joints or blunts, and they desire something stronger. Dabbing offers a new way to get lifted for long-time users, especially medical marijuana patients who may require unusually high amounts of THC to achieve a therapeutic effect.

Now that you understand the product lingo, what’re you waiting for? Get your dab on, a dab’ll do ya, yabba dabba doo, and so on and so forth.

IN THIS STORY
CBD
Click to shop at our CBD store
Randy Robinson
FOLLOW
Based in Denver, Randy studied cannabinoid science while getting a degree in molecular biology at the University of Colorado. When not writing about cannabis, science, politics, or LGBT issues, they can be found exploring nature somewhere in the Rocky Mountains. Catch Randy on Twitter and Instagram @randieseljay
Share this article with your friends!
AD
By using our site you agree to our use of cookies to deliver a better experience.
Accept
Decline
MORE FROM MERRY JANE