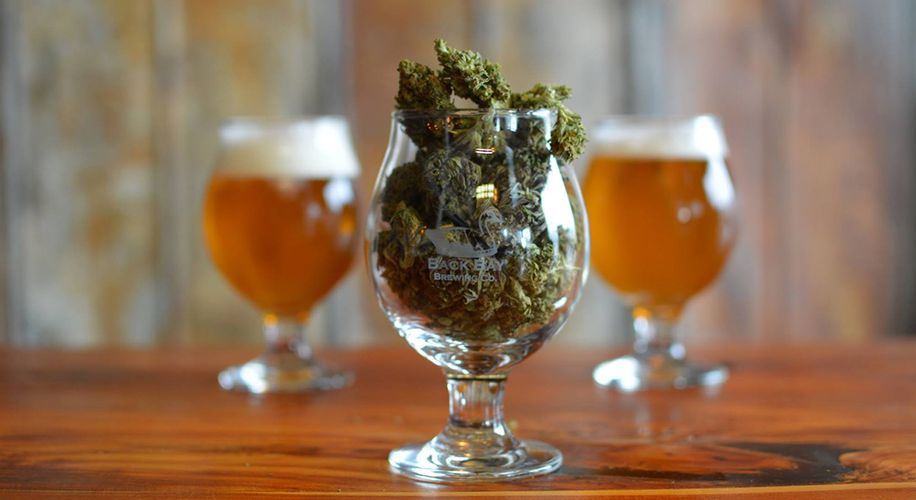 Hemp is now legal nationwide, but CBD lingers in a legal grey area. What happens now to all those new beer products infused with CBD?

Hemp is now legal nationwide, but CBD lingers in a legal grey area. What happens now to all those new beer products infused with CBD?

According to a statement issued April 25 by the Alcohol and Tobacco Tax Trade Bureau (TTB), the agency “will not approve any formulas for alcohol beverages that contain ingredients that are controlled substances under the [Controlled Substances Act].”

The statement goes on to clarify that any component of cannabis — regardless of its scheduling — will be banned from being added to alcoholic drinks. That’s a roundabout way of saying CBD can’t go into booze. However, hemp extracts and products that don’t contain significant amounts of CBD can still go into alcoholic beverages.

The TTB, curiously enough, falls under the US Department of Treasury, not the FDA. But like the DEA and other federal agencies in charge of enforcing cannabis laws, the TTB will follow the FDA’s lead. The FDA currently considers CBD a controlled substance in the same category as THC — and heroin.

Furthermore, the FDA seems especially concerned about CBD being added to food and drinks. Last month, the administration issued a cease-and-desist order against three CBD companies. The order accused the companies of making unfounded health claims regarding cannabidiol.

Meanwhile, one pharmaceutical formulation of otherwise pure CBD is considered a (relatively) safe and effective medical treatment in the FDA’s eyes. Last year, the administration gave Epidiolex, an anti-seizure drug derived from CBD, its official seal of approval.

So, now that the feds have officially banned CBD in beer, what happens to all of those weed-infused alcoholic beverages that just hit the state-legal markets? Probably not much. Some weed beers made with hemp contain neither THC nor CBD, so those shouldn’t invoke the feds’ ire. Other weedy beers containing CBD, unfortunately, could see cease-and-desist letters soon.

The federal government still considers THC a dangerous chemical that can wreck someone’s balls and brains. And the feds, so far, have done little to curtail state-legal marijuana production. So far.