CULTURE
What Is a Rosin Press and How Do You Make One for Yourself?
AD
The homemade rosin press is the easiest way to create your own cannabis concentrates — without the risk of blowing up your apartment.
Published on August 6, 2019

Rosin concentrates are the perfect cannabis products that appeal to all of our modern-day weed sensitivities: no butane or propane residues, no terpenes lost wholesale to extraction, and best of all, packing a potent punch rivaled only by isolate products.

How do rosins achieve this cleanliness while still delivering the same wallop as more popular (and more affordable) concentrates, such as shatter hashes, crumble waxes, and honey oils? And more importantly, how can you make rosin at home without needing a licensed, regulated laboratory? 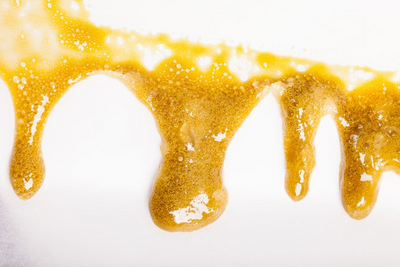 How Rosins Are Different From Other Extracts

Rosin concentrates are basically essential oils extracted from cannabis. They’re made by subjecting cannabis plant material to heat and pressure. The heat softens the trichomes and their constituent oils, which contain the cannabinoids, terpenes, and other ganja-given goodies we’ve come to know and love. The pressure causes the trichomes to burst, and forces the oil directly out of the plant so you can dab it, vaporize it, infuse it into edibles, or cap it on a bowl of flower.

Since the only basic ingredients for making rosin are heat and pressure, the extraction process doesn’t require volatile, flammable solvents like butane or propane, nor do you require a fancy vacuum filter to remove residual solvents. You don’t need to invest tens of thousands of dollars in a closed-loop carbon dioxide extraction system, either. Making this stuff is so easy anyone can do it in their own home, with no fears of blowing up the place or having to hire an organic chemist to manage the process. 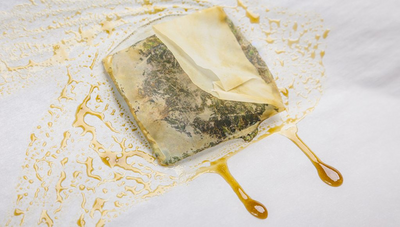 Where Does Rosin Come From?

Rosin-making processes are best known for making oils used on violin bowstrings. The rosin oils for violins regulate friction between the bowstrings and the instrument’s strings. In fact, there’s a saying in the symphonic community for when a violin player goes balls-out and starts fiddling so hard their bowstrings may snap: “rosin flying into the air.”

With weed rosin, temperatures should be kept as low as possible, to ensure terpenes do not boil off the cannabis oil. But temperatures still need to be high enough to get the oil to soften; more on that below.

How to Make Your Own DIY Rosin Press

Making rosin at home is pretty simple. Just be mindful you’ll be working with heated equipment, so heat-resistant or flame-retardant gloves are a good idea if you’re inclined toward clumsiness. Also, make sure any weed or oils remain out-of-reach of children and pets. 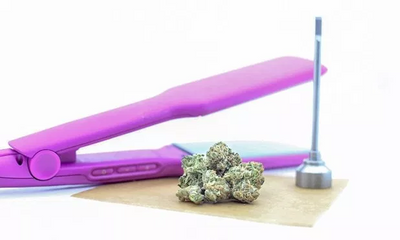 Now that you’ve got all your materials, here’s how you make rosin:

HOW TO
DIY
CULTURE
INFORMATIVE
MORE...
IN THIS STORY
CBD
Click to shop at our CBD store
Randy Robinson
FOLLOW
Based in Denver, Randy studied cannabinoid science while getting a degree in molecular biology at the University of Colorado. When not writing about cannabis, science, politics, or LGBT issues, they can be found exploring nature somewhere in the Rocky Mountains. Catch Randy on Twitter and Instagram @randieseljay
Share this article with your friends!
AD
By using our site you agree to our use of cookies to deliver a better experience.
Accept
Decline
MORE FROM MERRY JANE