CULTURE
Are “Mario Carts” Legit? And What Do Fake Vape Carts Look Like?
AD
Spoiler Alert: If you’re going to play around with Mario Carts, best to stick to the ones that only work on your video game console.
Published on October 28, 2019

With the exploding popularity of weed vapes comes an equally rising popularity in unlicensed, untested, and potentially life-threatening counterfeit weed vapes. And spoiler alert! The hot new Mario Carts that’ve popped up on the illicit markets are incredibly fake. Puff on them at your own risk — to your health and your freedom — as people are now facing prison time for peddling these dangerous products.

So-called “Mario Carts” look incredibly appealing, especially to kids, who will instantly be enticed by the fun and adventurous packaging. So, for the uninitiated, how can you tell that these are fake, unlicensed products? Keep reading. 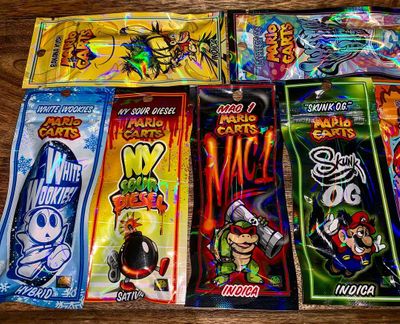 The first, and biggest clue, that Mario Carts are fake is the fact that they’re biting the Mario Bros. characters, designs, and titles trademarked by Nintendo Co., Ltd. Nintendo, which is based in Tokyo, Japan — a country where marijuana is beyond outlawed. And unlike the US, where we have a cultural tradition of bucking the system and challenging federal laws, no such rebellious tradition is respected in Japan. Trust us: If Nintendo got into the weed game, MERRY JANE would be one of the first media outlets to let you know.

As far as we know, Nintendo has never announced that it would lend its characters, titles, or their likeness to an American weed vape company. If Nintendo ever did that, they’d issue a press release ASAP.

Previously, even state-licensed, legal weed companies have been sued for biting trademarks. The weed strains “Girl Scout Cookies” and “Gorilla Glue #4” both switched to new, trademark-neutral names (GSC and GG#4, respectively) after their breeders were taken to court. Cease-and-desist orders were also issued to weed products named after Disney characters and edibles manufacturers that copied mainstream candies. Big-name companies are not playing around when it comes to pot producers riding their coattails into undeserved fortunes. 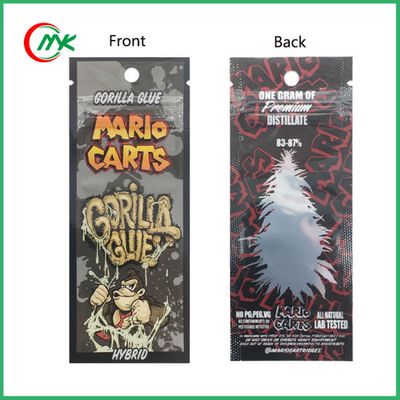 It says it's lab tested — but no proof of lab results

The second biggest clue that Mario Carts are fake is the complete absence of lab test results anywhere on their packaging, nor do they include specific THC values for their products. Every licensed, lab-tested weed product should contain lab test results and an exact THC value for that particular product batch. If the information is not included on the package, it should be included somewhere on the vape cartridge itself.

Although whoever produces Mario Carts hasn’t tested their products, other people have, independently. Those results are not flattering for Mario Carts either, as the THC values from the test were way below what was reported on the package. Additionally, the tested carts contained way more contaminants than allowed by law.

One test reported by Dab Connection showed that a Mario Cart product claimed to contain 83-87 percent THC, but the cart itself only had 69 percent THC when tested. That may look like splitting hairs to some consumers, but for the results to vary that wildly indicates that something is very, very wrong. No weed product coming that short under its purported THC values should be allowed on the legal markets. Typically, the state (or company) would issue a recall if that happened. 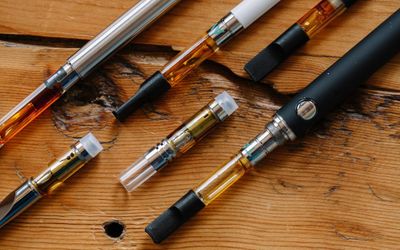 No One Knows Who Produces Mario Carts

If you’re ever in doubt as to whether a vape cart is legit, check its packaging for company information. If you can’t find any company info on the package, look for the vape brand’s website online.

In Mario Carts’ case, you won’t be able to track down either. No one knows who’s making these carts or who the distributor is. Furthermore, there is no company website for Mario Carts, so there’s no way to look up the company’s info, or to even contact the producer.

Transparency is king right now in the compliant, state-legal weed industry. Pot companies want the public and the state regulators to know that they aren’t hiding anything. Legit vape producers often list all of their authorized retailers on their websites, as well. If it seems like a vape producer is hiding who they really are, or making it incredibly difficult to track them down, you’ve likely got a fake on your hands. 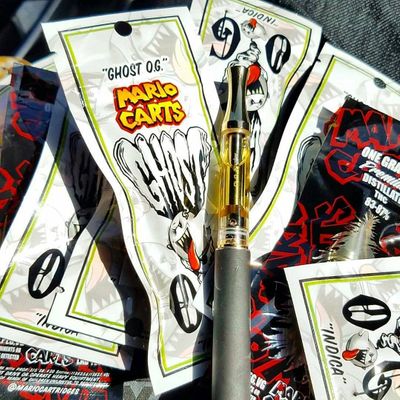 Why It’s Important to Only Buy Legit, Licensed Vape Products

Since Mario Carts are unlicensed and not lab-tested, you have no idea what’s in the oil or if the carts were made in compliance with state and federal safety regulations. There’s a vaping illness crisis rocking the US right now, which has sent over 1,600 people to the hospital and killed at least 34. Authorities still don’t know what’s causing the illness, but they suspect that unlicensed, unregulated, underground vape products are responsible — like those offered by whoever’s slinging Mario Carts.

If you’re buying illicit vape carts because of their pricing, know that Mario Carts’ prices are on par with licensed and tested products you can purchase in weed-legal states. But if you’re buying illicit carts because weed isn’t yet legal in your state, consider writing to your lawmakers or volunteering with some advocacy groups to get the laws changed where you live. Stay safe out there!

VAPE
CULTURE
BLACK MARKET
UNDERGROUND
MORE...
MERRY JANE Staff
FOLLOW
MERRY JANE is based in Los Angeles, California and is dedicated to elevating the discussion around cannabis culture.
Share this article with your friends!
AD
By using our site you agree to our use of cookies to deliver a better experience.
Accept
Decline
MORE FROM MERRY JANE