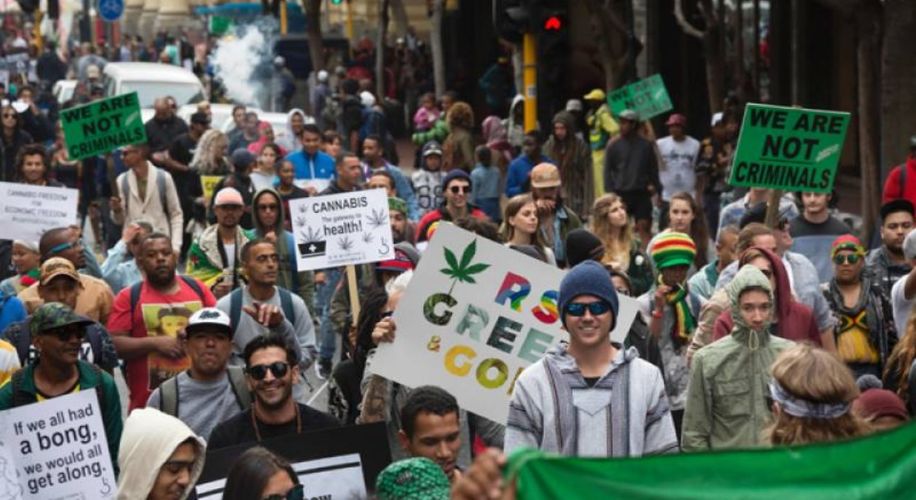 Support for Weed Legalization Remains at an All-Time High, Despite Vaping Crisis

Two-thirds of all Americans support legalizing weed, more than double the percentage that supported legalization in 2005.

Two-thirds of all Americans support legalizing weed, more than double the percentage that supported legalization in 2005.

The recent outbreak of vaping-related illnesses has not dampened Americans' support for adult-use legalization, according to the latest Gallup poll. The polling group's most recent Crime Survey, conducted between October 1st and 13th, reports that 66 percent of Americans are still soundly in favor of legalizing cannabis.

These results are consistent with findings from other recent Gallup polls, suggesting that concerns over vaping have not curtailed enthusiasm for legalization. Last year, the Gallup Crime Survey reported that two-thirds of Americans support legal weed, and another survey from this May had similar findings.

A deeper analysis of the survey results found that majority support for cannabis reform transcends boundaries of income, geographic region, gender, or education. Between 60 and 70 percent of each of these subgroups voiced their support for legalization. Even when broken down by political party, legalization still received majority support: 76 percent of Democrats, 68 percent of Independents, and 51 percent of Republicans all said they wanted to put an end to marijuana prohibition.

Only when considering age and political ideology did pollsters find a group that expressed less-than-majority support for weed. The majority of respondents aged between 18 and 64 showed their support, but adults over 65 were split 49-to-49 percent between supporting or opposing legal pot. When taking political ideology into account, only 48 percent of self-confessed conservatives supported weed, compared to 72 percent of moderates and 82 percent of liberals.

Gallery — While We're at It, We Should Just Legalize All Drugs

Gallup has actually been tracking Americans' opinions on legal weed since the 1960s. In 1969, only 12 percent of respondents expressed their hope for legalization, but support eventually climbed to 28 percent by 1977. Support grew slowly over the next three decades, reaching 36 percent by 2006, but the numbers have been skyrocketing ever since, reaching a peak of 66 percent last year.

“Americans have rapidly shifted to backing legal marijuana in the past decade after consistently expressing opposition for 40 years,” said Gallup's Jeffrey M. Jones in an analysis of the survey. “It appears the increases in support have halted for the time being... However, given generational differences in support for legalizing marijuana use, it is likely the percentage who endorse making marijuana use legal will continue to expand in the years ahead.”

“A supermajority of Americans support the outright legalization and regulated sale of marijuana, despite all of the negative press and unwarranted fear-mongering by the surgeon general in recent weeks,” said NORML Political Director Justin Strekal to Forbes. Indeed, the vaping crisis has actually increased calls for legalization, as this would provide a set of nationwide regulations that could ensure toxic additives are not being used in cannabis products.

“In order to best produce a successful consumer marketplace that addresses safety protocols for vaping products and other legitimate concerns," Strekal explained, "we must end the policy of prohibition nationwide and assess best practices for regulatory structures."