CULTURE
Are Cartnite Vape Carts Legit? And Should You Vape These?
AD
Spoiler alert: These carts are no fun and all grind, in case you’re wondering.
Published on November 13, 2019

Fortnite is one of the hottest, best-selling games in recent memory. In fact, Fortnite is so addicting that a group of parents sued the game’s maker on the grounds that it was just as habit-forming as cocaine.

However, legal weed is even more popular than Fortnite. So, it was just a matter of time before some sketchy vape producer decided to ride Fortnite’s popularity to score some quick, easy cash. And that brand, dear reader, goes by Cartnite.

Cartnite packaging features CGI characters that mimic Fortnite characters, but this brand has no formal relationship with the video game or its producer, Epic Games. All Cartnite carts are fake – meaning they aren’t licensed, they aren’t lab tested, and if you’re caught buying or selling them, you could be in a deeper mess than that black hole which temporarily halted the game.

But how can you tell that Cartnite carts are fake? Here are a few dead giveaways…. 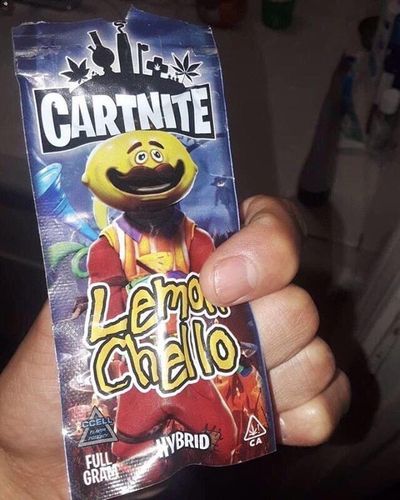 This is a parody on a Fortnite character

As noted earlier, Fortnite is owned, produced, and distributed by Epic Games. Epic Games has not announced any partnerships with licensed weed companies. If a video game manufacturer was going to stake its reputation (and its profits) by jumping into the cannabis industry, they would blast it all over the media.

Yet, there are no press releases, news stories, or announcements from Epic Games declaring any such partnership. And although legit parodies of company mascots or logos are protected under fair-use laws, weed brands don’t enjoy this right. Courts have ruled in the past that if a cannabis company’s packaging bites the likenesses of other mainstream products, it’s trademark infringement.

As you’ve probably gathered by now, any vape brand that features iconic or well-known figures  – whether it’s the Monopoly Man, Betty Boop, the Mario Brothers, or Darth Vader – is probably fake AF. While some mainstream companies are officially teaming up with cannabis outfits, marijuana remains federally illegal, and the biggest brands are steering clear of the weed game until the plant is federally legalized A casual review of user submitted Cartnite photos reveal that they bear the official California seal for weed products on the packaging. But if you try to look up Cartnite on the state’s Bureau of Cannabis Control licensing database, you won’t find a listing for the brand or a company affiliated with it.

Every single licensed cannabis company in California is listed on that database. If you can’t find your vape brand on there, it’s fake.

Gallery — Avoid These Fake Vapes at All Costs

Check your vape’s packaging for a sticker that lists lab data information for the product. It should include stuff like the THC and CBD content, and may include info for terpenes or pesticides, as well.

This information is always included as a sticker, since different product batches will have varying levels of THC, terpenes, or pesticide residues. If you can’t find this sticker on or in the packaging, you’re probably dealing with a fake brand. 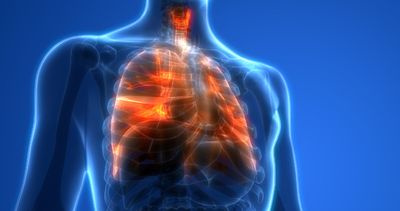 Why You Should Avoid Fake Vape Products

There’s a vaping health crisis occurring in the US right now. The vaping injury/illness, which is caused by vaping certain dangerous products, has sent over 2,000 people to the hospital and killed at least 39. Doctors believe that the damage caused by this illness is not reversible, and recently, one patient required a double lung transplant to survive.

Authorities still don’t know what’s causing the vaping health crisis, but there’s good reason to suspect it’s being caused by unlicensed, untested vapes sold on the black market. The Centers for Disease Control is advising everyone to avoid vaping altogether – but if you’re going to insist on vaping your weed, stick to the licensed, lab-tested brands available in your state. Or you can skip the pre-filled cartridges and just vape pure flower instead.

VAPING
CARTRIDGES
VAPE CARTS
FAKE VAPE CARTS
MORE...
IN THIS STORY
CBD
Click to shop at our CBD store
MERRY JANE Staff
FOLLOW
MERRY JANE is based in Los Angeles, California and is dedicated to elevating the discussion around cannabis culture.
Share this article with your friends!
AD
By using our site you agree to our use of cookies to deliver a better experience.
Accept
Decline
MORE FROM MERRY JANE