CULTURE
WTF Are Ketamine Infusions and Is Special K a Legit Therapy?
AD
Ketamine, long snorted as a party drug, has finally broken into mainstream psychotherapy. But what, exactly, is ketamine infusion therapy, and does it actually work?
Published on January 19, 2021

Most folks know of ketamine — called Special K on the streets — as a powder that’s sniffed for a floaty, dreamy dissociative high. Once popular among break dancers, the drug rose to prominence during the ‘90s rave era, then rolled over into today’s EDM scene (y’know, before that whole COVID-19 thing happened). Image via

But ketamine wasn’t always used to facilitate poppin’-and-lockin’ across a cardboard mat. Originally a tried-and-true FDA-approved medicine, doctors and veterinarians have administered ketamine as an anesthetic for decades. Now, ketamine is once again causing a buzz in modern medicine — but this time around, it’s not for knocking-out patients. Today, as ketamine infusion therapy, it’s used for treating mental health issues, namely chronic depression and suicidal ideation.

Modern medicine is scrambling to find new therapies and drugs to treat suicide and depression. From 1999 to 2018, the US suicide rate rose an alarming 35 percent. According to the CDC, suicide is now the 10th leading cause of death in the US, and the second leading cause of death among those between the ages of 10 to 34-years-old. And, due to the COVID-19 pandemic, the suicidal climate in this country has gotten worse. A lot worse.

Ketamine infusions is a new form of pharmacotherapy. Unlike euticals, but more than 1 out of 3 patients don’t respond to common antidepressants. And one of the newest forms of therapy, ironically, comes from novel ways of administering an older drug. 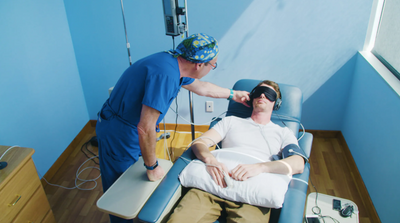 What Is Ketamine Infusion Therapy?

Ketamine infusions are a new form of pharmacotherapy. Unlike MDMA-assisted psychotherapy, where the patient undergoes conventional talk therapy while under the drug’s effects, ketamine infusion therapy simply relies on the drug experience. No long talks about one’s childhood, parents, or dreams required.

First, the patient needs to qualify for ketamine infusion. That means they need medical records showing that traditional treatments for depression haven’t worked for them. It helps if they haven’t had a history of drug abuse, either. Clinics may also require approval from the patient’s primary care doctor.

Once accepted, the patient shows up to the clinic for the first infusion. They may bring comfort items like a pillow or blanket. After getting plugged up to an IV, they just chillax for about 45 minutes while the drug drips and does its thing. If the patient reports improvement after the third treatment, they may continue receiving touch-up infusions. Doctors will usually discontinue the therapy if it doesn’t do anything for the patient after the third infusion. 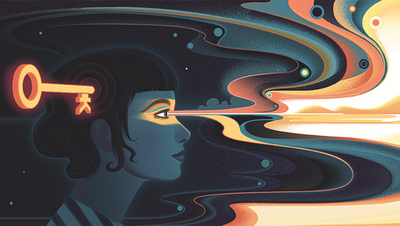 How Does Ketamine Infusion Therapy Work for Depression or Suicidal Ideation?

So, how can a cat tranquilizer relieve severe depression in humans? Scientists aren’t entirely sure, actually. They suspect it has something to do with ketamine’s actions on NMDA receptors. NMDA receptors control the release of glutamate, one of our key excitatory neurotransmitters. Glutamate is responsible for triggering the release of serotonin, another neurotransmitter that regulates our sleep cycles, feelings of hunger, and moods. (We should note that three other forms of experimental pharmacotherapy — MDMA-, LSD-, and psilocybin-assisted psychotherapies — all directly act on serotonin.) 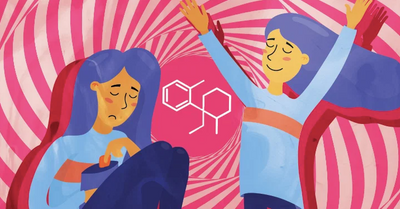 But Do Ketamine Infusions Really Work?

Clinical evidence shows that ketamine infusions can help with depression, but it isn’t a miracle treatment. It won’t work for everyone. It's possible it may not even work for most people.

But when ketamine infusion therapy does work, the results happen much faster than with traditional antidepressants, such as SSRIs. Most SSRIs take several weeks to kick in, but ketamine infusion therapy can begin relieving depression symptoms within one hour of the first dose. Ketamine’s effects typically last up to 15 days from a single administration, but one study showed the effects could last up to a month.

Unfortunately, we don’t have a lot of data on this new depression treatment. Doctors still aren’t sure how long ketamine infusion therapy can last in the long run, how many infusion visits are optimal, nor do they know how long the therapy can help a single patient. But for people struggling with depression and suicidal ideation, especially when they’ve run out of options, it’s nice to know that now there's an additional possibility available.

CULTURE
DRUGS
POP CULTURE
WTF
MORE...
Randy Robinson
FOLLOW
Based in Denver, Randy studied cannabinoid science while getting a degree in molecular biology at the University of Colorado. When not writing about cannabis, science, politics, or LGBT issues, they can be found exploring nature somewhere in the Rocky Mountains. Catch Randy on Twitter and Instagram @randieseljay
Share this article with your friends!
AD
By using our site you agree to our use of cookies to deliver a better experience.
Accept
Decline
MORE FROM MERRY JANE