CULTURE
What Is a "K-Hole" and Why Does Ketamine Cause This Experience?
AD
One of Special K’s most (in)famous effects is the “K-hole.” What is it, and why do some people love the ketamine-induced sensation while others dread it?
Published on April 3, 2020

Ketamine, known on the streets as “Special K” or simply “K,” is a drug recognized by the US government and the World Health Organization as an essential medicine. Ketamine has been used in emergency rooms across the US for years for minor surgeries, particularly in children. It's most popularly known as a "horse tranquilizer" due to its use in veternary medicine, as well.

As this anesthetic gains wider acceptance in Western healthcare as a treatment for depression and post-traumatic stress, patients should understand what its effects are. And one of the drug’s most (in)famous effects is the “K-hole.”

What, exactly, is a K-hole? What causes it? And why do some people love the experience while others fear it almost as much as death itself? Read on to find out more about this mysterious and surreal sensation induced by ketamine.

What Is a K-Hole?

The K-hole is essentially a state of paralysis where the ketamine consumer becomes suspended in a semi-conscious, tranquilized state. Officially, it's known as "dissociative anesthesia." It only lasts for about 30 minutes, though it can feel like hours to some. Pharmacologists classify ketamine as a dissociative (and not a psychedelic), meaning it’s a drug that causes people to feel disconnected from either themselves or reality as a whole.

If that last line strikes you as a bit abstract, think of it this way: Sometimes, when people drive long trips on the highway, they zone out. Their mind goes blank as their body basically goes on autopilot. It may take several minutes or even hours for the driver to suddenly realize they’ve been driving that entire time. That period where they zoned out and weren’t thinking about driving, yet were still driving just fine, is a form of dissociation.

But K-holes are much different than simply having a wandering mind while on a road trip. During the K-hole, people often experience a total body paralysis on top of feeling disconnected or removed from everything. The K-hole, then, provides the ketamine consumer an opportunity to reflect deeply on themselves, their memories, and their behaviors. Or K-holes may end up being traumatic experiences for some individuals, too. 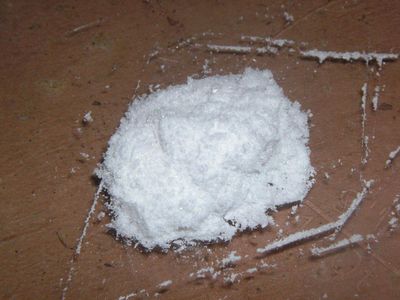 Why Do Some People Love the K-Hole While Others Hate It?

While trapped in the depths of a K-hole, some people may become claustrophobic. Others may simply panic at the thought of becoming paralyzed (yet can’t do much about it except freak out over the whole affair in their heads). One common description for the K-hole is that it feels as if one is dying — both figuratively, in the sense of ego-death — and literally, in the sense that may feel as if they’re actually dying. (However, real deaths from overdosing on ketamine are incredibly rare.)

For some, the simulation of death acts as catharsis. When the K-hole ends, they may feel as if they were “reborn” with new, cutting insights for living a fuller, more satisfying life. For others, snapping out of ketamine’s hypnosis may bring incredible joy and relief, just as someone having a bad LSD trip may feel ecstatic once they realize the acid is finally wearing off.

These extreme reactions to the K-hole shouldn’t dissuade anyone from trying ketamine-assisted therapy, though. Just as there are folks who may feel intense emotion or reactions during the K-hole, there are others who find the experience utterly boring, not much different than staring off into space while a teacher or journalist drones on and on and on and on… 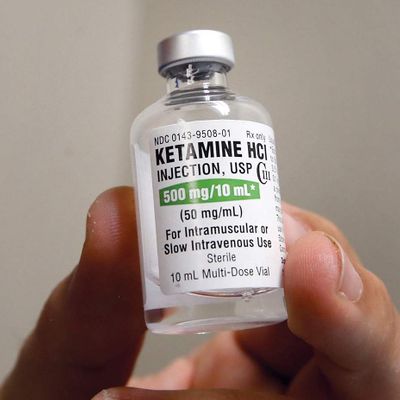 That Sounds Kinda Gnarly. What Causes a K-Hole, Though?

So, what about ketamine causes a K-hole? Well, that’s something science hasn’t figured out yet. Some scientists describe ketamine as “a pharmacologist’s nightmare,” since it acts on several different receptor and subreceptor systems in the body. Most of these receptors are the same ones affected by alcohol, opioids, tranquilizers, and antidepressants.

Likely, ketamine affects all of these receptor systems simultaneously, sort of like popping Percocet, Prozac, and Xanax at the same time, then chasing it all down with a few shots of Patrón. But please, for your sake and everyone who loves you, don’t actually try swallowing that insanely dangerous cocktail of drugs.

Is There a Way to End or Shorten the Duration of a K-Hole?

This is not medical advice, so please consult your doctor about anything related to ketamine use. But there are rumors that sugar can dampen the overall ketamine experience, as well as pull some consumers out of a K-hole if they can catch it before it starts.

As noted in a few online discussion threads, some ketamine consumers report that if they eat or drink something with significant amounts of sugar, it can take away lot of the anxiety from a ketamine experience. Some also report that sugar can minimize the intensity of a K-hole. However, other consumers say sugar does nothing to affect their ketamine use.

Although there haven't been any controlled studies on the sugar trick, other studies have shown that ketamine causes blood-sugar levels to spike, possibly because the anesthetic reduces insulin activity. Eating sugar may trigger the release of insulin even while under the drug's effects, preventing high blood sugar levels, which may cause the "edginess" felt by some ketamine consumers.

Just remember that the side effects of psychoactive compounds like ketamine, regardless of diet, are incredibly powerful. How that power affects an individual patient or consumer depends on their mindset and environment when they’re under its effects. There’s a reason why ketamine-assisted therapy occurs under the guidance of a trained healthcare professional. As with all drugs, ketamine poses some risks, but it also offers a lot of promise for modern medicine’s future, too.

EDUCATION
SAFETY
HISTORY
DRUGS
MORE...
Randy Robinson
FOLLOW
Based in Denver, Randy studied cannabinoid science while getting a degree in molecular biology at the University of Colorado. When not writing about cannabis, science, politics, or LGBT issues, they can be found exploring nature somewhere in the Rocky Mountains. Catch Randy on Twitter and Instagram @randieseljay
Share this article with your friends!
AD
By using our site you agree to our use of cookies to deliver a better experience.
Accept
Decline
MORE FROM MERRY JANE