CULTURE
Stoned Sex: Should You Have Sex While High on Ketamine?
AD
Ketamine is the most accessible "breakthrough therapy" drug that's risen from the underground to the world of new-wave psychiatric medicines. But, are K-holes and buttholes something you want to mix together?
Published on March 31, 2020

For this week’s edition, we'll be diving into the rabbit hole of ketamine, and if the substance can complement your sex life. Stoned Sex runs every other week, so make sure to stay tuned for the next dose.

*Names have been changed to protect identity

Ketamine is so hot right now.

Once most commonly referred to as a “horse tranquilizer,” the dissociative anesthetic is more popular than ever as a therapeutic tool for treatment-resistant depression and PTSD, as well as for recreational use. According to the National Institute for Mental Health, SSRIs — the go-to drug for depression — work by increasing the supply of a class of neurotransmitters, which are believed to play a role in depression, within our synapses. But it takes weeks for them to kick in, and they don’t work for many people who have treatment-resistant depression. Ketamine, on the other hand, works by dampening glutamate signaling, which takes effect in as little as two hours. Studies suggest that the same rapid-onset effects of ketamine also show promise for PTSD.

Ketamine produces euphoria, as does sex. It’s human nature to want to make something that already feels good feel even better, which has prompted people to fuck on the stuff like happy k-bunnies.

But is it safe? Is it smart? And can its doctor-approved benefits as a psychological medicine also help your sex life? 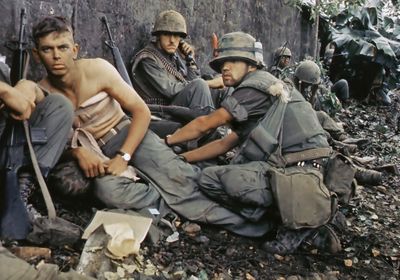 What Has Ketamine Been Up to All These Years?

Before the cool kids began normalizing its use, ketamine was used as an anesthetic in the 1960s on the battlefields in Vietnam. Unlike opiate pain relievers or other anesthetics, you don’t need an oxygen tank, and according to the World Health Organization, ketamine overdose or dependence is rare. Comparatively, according to the CDC, in 2018, opioids were involved in 69.5 percent of all drug overdose deaths. Ketamine is also a staple in veterinary medicine, so if your kitty or doggy has ever gone under, it’s likely they know about Special K, too.

Some people who experienced ketamine solely as an anesthetic have a hard time wrapping their heads around why anyone would want to bone on it.

“I have had ketamine administered to me twice in a medical (dental) setting,” said David, 35, from Los Angeles. “I recall it being so dissociative that I absolutely cannot imagine how someone could have sex while using it. It would be like standing in the corner of the room watching yourself having sex with someone, assuming you could get your body to cooperate.”

When used therapeutically for depression, a much lower dose of ketamine is administered than at anesthetic levels. Recreationally, K is usually snorted, taken orally, or — these days — made into nasal spray and taken in lower doses, unless users want to fall into the infamous and sometimes-dangerous K-hole. While a K-hole will pass and usually isn’t physically dangerous, it can be absolutely terrifying, especially as the experience can yield feelings of dissociation, the inability to move, and panic. Additionally, trying to walk while on ketamine can lead to accidents, too. When administered medically, health care practitioners carefully use the patient’s height and weight and other information to calculate a precise dose, so patients get enough medicine to go to work therapeutically without knocking you out.

Ketamine is also a club drug — and it’s been for decades. But its popularity among psychonauts and the pro-drug crowd has recently spiked, partially due to the developments of ketamine for mental health. Recent research suggests that ketamine can work for treatment-resistant depression, suicidal thoughts, and PTSD. Ketamine clinics across the country offer ket infusions, or an IV of ketamine carefully tailored to a patient’s weight and needs, in a supervised medical setting. Usually, the clinicians and caretakers give you music to listen to, or suggest that you listen to your own happy playlist, and then you relax for about an hour while happily high on ketamine (as the substance goes to work repairing your brain’s structure and anatomy).

I began getting ketamine infusions after a series of traumatic events, and found the results nearly miraculous. K worked when the SSRI antidepressants I was on didn’t even dent my insidious depression. The ketamine very rapidly pulled me out of the terrifying smog I was living in, filled with flashbacks and nightmares and a constant overcast of depression. The infusions brought me back on solid ground so I could address my trauma. The suicidal thoughts vanished. In March of 2019, the FDA approved the nasal spray esketamine (brand name Spravato) for treatment-resistant depression. So, this type of treatment is now available to the public, if they have the right qualifying conditions. 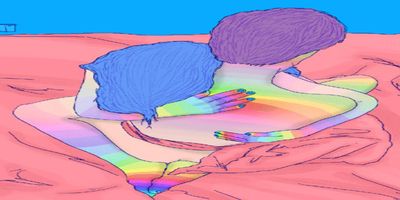 Why Are People Having Sex on Ketamine?

We’re currently living amidst psychedelic renaissance. People are responding to, sharing, and de-stigmatizing the medicinal benefits of cannabis, psilocybin, LSD, and ketamine. (Although, it should be noted that ketamine is technically a dissociative, not a psychedelic.)

But, we have an extremely fucked up medical system. Off-label treatments such as ketamine infusions can be quite pricey — up to $400 to $800 per session. Since it’s off-label, ketamine typically is not covered by insurance. As a result, people are making their own ketamine nasal sprays and embracing the drug for its euphoric and dissociative qualities, hoping they’ll reap antidepressant benefits on their own (even if they’re using it more as a party drug). Ket is one of those amazing substances that is pretty safe, science shows it works, and has a delightful side effect of euphoria. That’s why some recreational users say it can also make you horny.

What Are the Risks?

There is an epic quest to find a substance that reduces sexual pain without numbing you out and putting your body at risk. Cannabis does a fantastic job at this. But, while ketamine offers a more intense experience, the risks also go up.

“Due to its tranquilizing and dissociative effects, your pain threshold increases, but also your body isn't fully aware of your physical limitations,” Allen said. “I have played with kink under the influence of ketamine and ended up pouring hot wax way too closely on my end, since I couldn't gauge the proper height.”

If you take a high dose of ketamine, you risk falling into the infamous “K-hole,” in which it can be difficult to move, and users can feel panic and claustrophobia. While such a state can be monitored under medical supervision, recreationally, we aren’t always prepared or equipped to deal in this state, and it’s why medical professionals advise against using ketamine for recreational purposes. 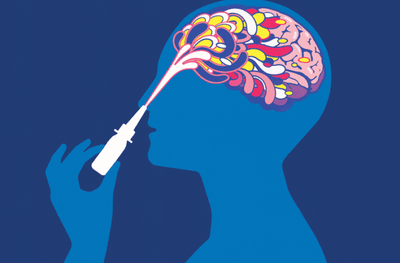 What Are the Doctor-Approved Benefits?

The number one benefit of having sex on ketamine is that it’s fun. But medical professionals really only get behind the supervised clinical model. “While our psychiatric clinician partners currently use ketamine to specifically treat anxiety and depression, ketamine and other psychedelics have been successfully used to treat PTSD from traumas experienced by veterans and victims of sexual assaults,” said Dylan Beynon, Founder and CEO of Mindbloom, a for-profit psychedelic medicine clinic based in New York City.

Our mind is our biggest sex organ. If you have treatment-resistant depression or trauma, especially stemming from a sexual assault, it’s challenging to fully enjoy sex. For those who have tried everything from SSRIs to talk therapy with little success, ketamine offers a solution. It’s simply easier to have a great sex life when you’re happy. For those whose joy is stunted by depression or PTSD, ketamine can bring you back to your true nature. That said, “It’s our view that ketamine is best utilized as a prescribed psychiatric medication under medical supervision, not as a recreational drug,” Beynon added.

While the therapeutic benefits of ketamine are becoming increasingly proven, recreational use is also here to stay. If you have sex on ketamine, make sure not to mix it with alcohol or other substances, and aim to be somewhere safe with people you trust. Oh, and just know that one of the biggest risks of taking ketamine is falling over (or falling off the bed). So, start low and go slow. This drug is a dissociative anesthetic after all — it’s meant to knock you out.

“I still do occasionally engage in non-kinky play with current partners under the influence of ketamine, as long as boundaries are established beforehand,” Allen said. “With trusted partners, safe practices, and knowing how to dose it properly, it can be a wonderful experience to share with your partner(s)!”

SEX AND ROMANCE
CULTURE
DRUGS
PSYCHEDELICS
MORE...
Sophie Saint Thomas
FOLLOW
Sophie Saint Thomas is a writer based in Brooklyn. She was raised in the U.S. Virgin Islands. Along with Merry Jane, her writing has been published in VICE, Cosmopolitan, Marie Claire, High Times, Nylon, Playboy, GQ, Harper's Bazaar and more. Brooklyn Magazine included her on their annual 2016 30 Under 30 Envy List. Her favorite strain of weed is Grand Daddy Purp.
Share this article with your friends!
AD
By using our site you agree to our use of cookies to deliver a better experience.
Accept
Decline
MORE FROM MERRY JANE