CULTURE
Stoned Sex: Smoking Green to Tame Jealousy, the Green-Eyed Monster
AD
How can cannabis alleviate — or exacerbate — jealousy? We spoke to experts and lovers to get some insight into the tricky emotion and its relationship with weed.
Published on May 15, 2019

For this week’s edition, we’ll be discussing the green-eyed monster — jealousy! How can cannabis alleviate — or exacerbate — that terrible feeling? We spoke to experts and lovers to get some insight into the tricky emotion and its relationship with weed.  Stoned Sex will be running every other week, so make sure to stay tuned for the next dose.

When I get jealous, I have a ritual: Get high and run through a mental list of all the reasons I appreciate my girlfriend and feel secure in our relationship. It helps. I learned this from my friend Daniel Saynt, who told me that he deals with jealousy by reminding himself of the joy and freedom his partner Adam gives him. Saynt runs NSFW, the New York-based New Society for Wellness, a sex and cannabis club. He and Adam have an open relationship, and he copes with jealousy through positive affirmation. Research suggests that cannabis affects emotional processing by reducing negative bias. Could weed encourage what people like Saynt are already doing, which is to replace jealous thoughts with positive ones?

Not everyone is in a consensually non-monogamous relationship, but after a decade of reporting on relationships, I’ve found that all of us, even staunch monogamists, are more poly than we think. Even if you’re sexually and emotionally monogamous, it’s completely unrealistic, unhealthy even, to expect one person to take care of all of your needs. You will have intimate friendships. Former lovers may pop up. You grow close to a coworker. It’s all normal, but how dope would it be to use cannabis to accept such facts rationally rather than get jealous?

For Ryan Chase, a graphic designer and musician from Denver, cannabis’s ability to reduce negativity bias also aids in dealing with jealousy regarding his wife.

“It can mellow me out or get my mind off [jealousy] which tends to be the biggest issue — not being able to get that negativity out of my head.” While he doesn’t call himself a jealous person, after he and his wife opened up their marriage, she began seeing a man he wasn’t entirely on board with. “I find when she’s out with him, I’m much more prone to all kinds of emotions — fear and jealousy being in the lead. So when I’m dealing with the fear and jealousy issues I’m always better off using cannabis.” 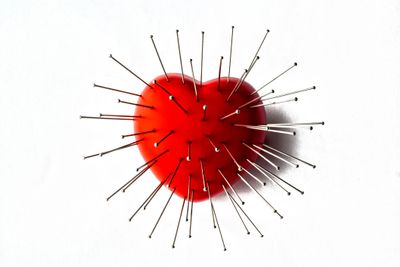 Cannabis Can Help Process Emotions, But Make Sure You Use the Right Strain

While for some, fear and jealousy may seem valid in such an instance. Regardless of your relationship parameters, fear and jealousy are still emotions which should be processed and communicated effectively. As part of my jealousy ritual, I don’t allow myself to make any serious decisions when emotions are high until I get high. Then, I will be much less of a Scorpio with a tail poised to strike. According to naturopath and herbalist Dr. Lakisha Jenkins, an expert in the body’s endogenous cannabinoid system, this emotional processing tool is useful — but simply lighting up isn’t always the answer.

“Cannabis can help relax you and release feel-good endorphins that will help you process those emotions better. However, cannabis can also excite anxiety, depending on the variety, and that could potentially exacerbate the situation,” Dr. Jenkins says.

While Jane St. Jane, who is studying to become a sex and relationship therapist in New York City, has had positive experiences using cannabis for jealousy, she’s also experienced exacerbated paranoia.

“I have smoked in situations where it elevated my paranoia, but I’d chalk that up to the strain. A few times other factors were occurring in my life which compounded, leading to heightened worry or jealousy,” says St. Jane.

Does that mean that you should write off cannabis as an option for dealing with jealousy? While it’s an extremely safe plant, like any substance, there are variables to consider. An anxious person feeling jealous may feel their suspicion heightened after taking massive dabs. Or they may chill out and see things for what they are after a few puffs of a high-CBD strain. If you live in a legal state, you can speak to a medical cannabis doctor to find a strain with the right cannabinoid profile for you. Unfortunately,  the rest of us are left to explore on our own. 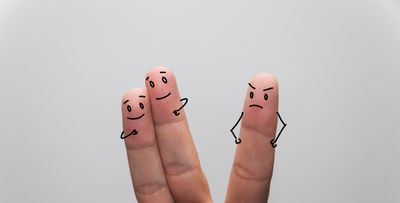 Jealousy Is a Complicated Emotion

Jealousy is more complicated than a blanket emotion experienced by most. Conditions such as PTSD, which cannabis treats, can exacerbate trust issues, which can aggravate jealousy.

“I use [cannabis] to give my brain a perspective shift if I'm feeling insecure or jealous, especially if I'm triggered due to PTSD from infidelities in past relationships,” says Marisa, who asked to withhold her name as she lives in a non-legal state. “It's helps ground me, especially when paired with walking, moving my body, or some other coping mechanism.” Integrating cannabis into other self-care practices, such as therapy or walking, can be a useful application of the plant.

“As a person with PTSD, my stress trained me to have all these ‘protective,’ but harmful habits, like catastrophizing and fixating. Jealousy for me is catastrophizing, like, ‘He’s going to leave me,’ and spiraling to the most extreme worst-case outcome then fixating on it,” says Ket, a poet from Seattle. “Weed gentles all that. It bypasses whatever paths in my brain react instinctively to stressful emotions with chronic anxiety. Instead, I feel so much trust and empathy for my partners, and I listen to them.”

We tend to set the standards too high regarding what we expect of ourselves and negative emotions (they’re natural) and cannabis (it’s miracle drug but not a cure-all). “To combat those types of emotions, it takes some hard internal work,” Dr. Jenkins says. “I would recommend a more holistic approach; spiritual and mental combination. I would try cannabis as a part of a meditation or relaxation ritual and include positive affirmations,” Dr. Jenkins says. “If you create a regimen or practice that would serve as a coping mechanism or tool, that included cannabis, you would have a method of addressing those feelings whenever they arise,” such as jealousy.

Cannabis Can Enhance Communication with Your Partner

The final piece of the puzzle regarding cannabis as a jealousy aid is your relationship. A recent study suggests that couples who use cannabis together are more likely to share an intimate event, such as a deep conversation or engaging and caring interactions. If you’re experiencing jealousy, it’s important to caringly discuss it with your partner rather than let it fester. You can then discuss if the jealousy is warranted, and agree upon a plan in which everyone is comfortable. Meditating while stoned, or thinking about what we appreciate about our partner helps, but action requires all parties. And sometimes, the absolute best thing you can do for your relationship is to get stoned with your partner, while telling them all that you appreciate about your relationship, rather than keeping it to yourself. Green can certainly help tame the green-eyed monster, but it takes teamwork.

WOMEN
HEALTH
SEX AND ROMANCE
RESEARCH
MORE...
IN THIS STORY
CBD
Click to shop at our CBD store
Sophie Saint Thomas
FOLLOW
Sophie Saint Thomas is a writer based in Brooklyn. She was raised in the U.S. Virgin Islands. Along with Merry Jane, her writing has been published in VICE, Cosmopolitan, Marie Claire, High Times, Nylon, Playboy, GQ, Harper's Bazaar and more. Brooklyn Magazine included her on their annual 2016 30 Under 30 Envy List. Her favorite strain of weed is Grand Daddy Purp.
Share this article with your friends!
AD
By using our site you agree to our use of cookies to deliver a better experience.
Accept
Decline
MORE FROM MERRY JANE