I’m Sophie Saint Thomas, and I’m a sex and cannabis writer, as well as a major fan of both. I’m also writing a book about cannabis and self-care, which you can pre-order here. Weed and sex have more in common than being two things you loved in high school but had to hide. If anything, the two are kindred spirits that can complement one another and lift you to new heights.

In my new column for MERRY JANE called “Stoned Sex,” I’ll be exploring the intersection of sex and sativas, intercourse and indicas, often through first-hand experience and interviews with experts. To start, I’ll be discussing how to put bud up your butt safely and effectively — but that’s just the tip. Stoned Sex will be running every other week, so make sure to stay tuned for the next dose. 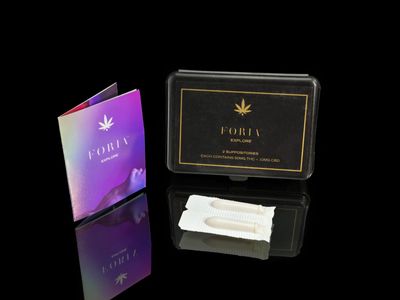 Above, an image of Foria Explore via Foria's website

“Now, if you want to talk about the heightened sensitivity that makes the experience a little bit more pleasurable, you can [have that from hemp CBD],” Dr. Jenkins noted. “Maybe if it’s giving you that calming effect. If you’re calm, the pain is going to be less because you’re not going to tense up.”

“I felt like I was just leaking once the suppository dissolved. That, as any bottom can tell you, is a gross feeling,” said Zachary Zane, a sex writer and cannabis enthusiast. “Nothing that makes me feel sexy. I'm not opposed to trying one again, but I think I need to have lower expectations. At the moment, I’d much rather smoke a bowl and fuck. If it ain't broke, don't fit it. Ya know?” 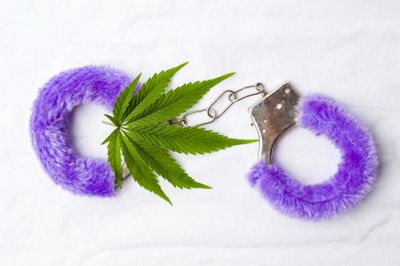 420
SEX AND ROMANCE
CULTURE
POP CULTURE
MORE...
IN THIS STORY
CBD
Click to shop at our CBD store
Sophie Saint Thomas
FOLLOW
Sophie Saint Thomas is a writer based in Brooklyn. She was raised in the U.S. Virgin Islands. Along with Merry Jane, her writing has been published in VICE, Cosmopolitan, Marie Claire, High Times, Nylon, Playboy, GQ, Harper's Bazaar and more. Brooklyn Magazine included her on their annual 2016 30 Under 30 Envy List. Her favorite strain of weed is Grand Daddy Purp.
Share this article with your friends!
AD
By using our site you agree to our use of cookies to deliver a better experience.
Accept
Decline
MORE FROM MERRY JANE