CULTURE
Is Old-School Hashish Going Extinct in America?
AD
Rolled or pressed hashish has been around forever, but the sticky brown bricks seem to be falling out of vogue within America’s legal cannabis industry. What exactly is happening with hash?
Published on May 9, 2019

Ever since recreational weed went legal in Colorado and Washington State back in 2014, the cannabis industry has rapidly advanced at breathtaking speed. We went from bongs, buds, and hashish to transdermal patches, battery-powered dab rigs, and extracts made of pure cannabinoid crystals slathered in terpene slurries.

But over the past few years, I noticed something missing in the Colorado market: hashish. Retail stores and dispensaries carry plenty of live resins, sauces, shatters, and waxes, but old-school hashish — the stuff that looks like bricks of pure cacao — seems to be a thing of the past here.

Was my easily-distracted brain playing tricks on me, or did Coloradans really ditch hashish for ultra-potent extracts? 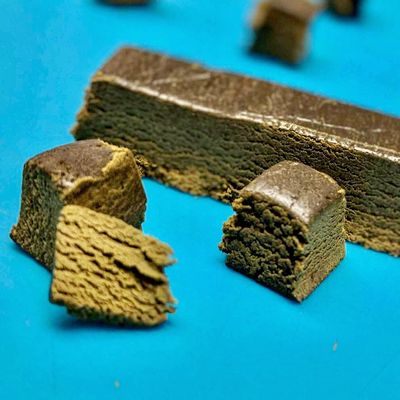 “It’s happening all over, not just other states, but other countries, as well,” Brent McDonald, the marketing operations director at Apothecary Extracts, told MERRY JANE in a phone interview. “When you used to go to Amsterdam, it was all old-school hash. Now, you go to the coffee shops [there], and it’s all shatter, wax, and live resin. It’s happening everywhere.”

Apothecary Extracts is among dozens of extract companies in Colorado that only produce the high-tech stuff. McDonald noted that Apothecary offers solventless live resin products for folks afraid of solvent residues, but as for pressed or rolled hashish, it’s no longer on his radar.

What happened? The legal market is still too new to draw definitive conclusions, but Colorado’s burgeoning cannasseur culture may be responsible.

McDonald said with the rising popularity of dabs, hashish just doesn’t make the cut now. For one, hash leaves a chunky, sticky residue on dab nails due to its plant components — mainly waxes and leafy particles. Second, it’s more cost-effective to produce machine-made extracts than hashish. To make high quality hashish, trained humans must do it by hand, and it’s a time-consuming process. 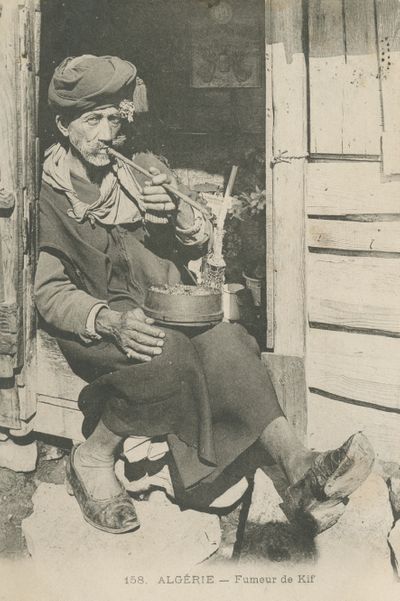 Although the precise origins of hashish have been lost to history, the world’s oldest cannabis concentrate was likely born somewhere in Central Asia. Ancient Persians, Arabs, and Indians traditionally smoked or ate hashish for millennia until the 1500s, when Europeans introduced tobacco to the Middle and Far East.

Hashish comes in a few varieties, as well, with production techniques identified by their region of origin. Lebanese-style hashish comes in two forms, red and yellow. Yellow hash is made from plants cultivated at early maturation, when the buds mainly contain THC. Red hash is made from plants harvested later in the grow-cycle, where much of the THC has converted to CBN, which may contribute to Lebanese red’s sedative effects. For both red and yellow Lebanese hash, buds are rubbed over fine screens to separate and collect kief. The kief is then stored, where it settles and transforms into a sticky, dark chunk of hashish.

Another popular form, Nepalese or Indian “Temple Balls,” are also called charas. Temple Balls are made in a similar fashion as Lebanese hash, except only live plants are run through silk screens, rather than dead, dried plants.

Modern methods of making hashish include “bubble” or “ice-water” hash, which separates kief from the plant material by agitating ground-up buds in ice-cold water. The water/weed mix filters through a series of synthetic screens with increasingly smaller pores to further refine the final concentrate product. 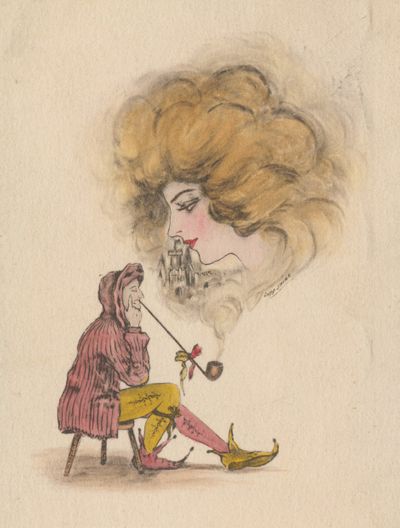 However, there’s still at least one company in Colorado that makes hashish: Durango’s The Greenery, which specializes in Lebanese-style hash. The company distributes to just 84 out of the state’s total 1,027 marijuana storefronts and dispensaries. But most are located in the rural, southern portions of Colorado (way out in mountainous ski-resort towns), which may explain why hashish seems rare in metropolitan areas like Denver, Boulder, or Colorado Springs.

Why does The Greenery primarily stick to these out-of-the-way areas? Because that’s where the demand for hashish lives.

“It’s a demographic thing,” said Jesse Anderson, The Greenery’s sales manager. Although he didn’t have customer data on-hand, he said most of the company’s clients seem to be older folks — former hippies and the like — who used to smoke hash back in the ‘60s and ‘70s.

“They come back to old-school hash because that’s what they remember,” he explained.

Anderson said The Greenery’s carefully-selected distribution model is why the company’s “business is doing well.” But he did note that sales are “much lower,” compared to newer forms of concentrates because crafting good hashish is a “labor-intensive process.”

So hash isn’t completely dead in Colorado, and it limps on in its own tiny, niche market. According to The Arcview Group, a cannabis industry analytics firm, hashish accounts for less than 7 percent of Colorado’s concentrates sales. Meanwhile, extracts like wax, shatter, and live resin combined have swallowed up almost half of Colorado’s concentrate market. (Vape pens, of course, take the top spot.) 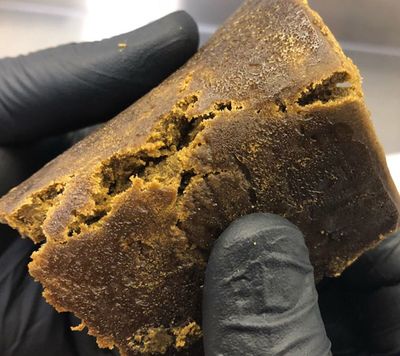 Oddly enough, Washington state, which has been in the legal weed business for about as long as Colorado, sits on the other end of the market spectrum. While Colorado currently has the smallest percentage of hashish sales, the Evergreen State has the highest: hashish likely lands between a fifth and a quarter of Washington’s concentrates market.

Nicholas Saad, a Lebanese-American based in Seattle, makes Lebanese-styled hashish at Sitka. He wasn’t entirely sure why Washington’s cannabis consumers are buying more hashish than Colorado’s. But he believes, like Colorado’s Jesse Anderson, that it largely boils down to age differences.

“It tends to be the old hippies wanting to take a trip down memory lane,” Saad told MERRY JANE about Sitka’s client base. “We don’t tend to get a lot of younger customers, probably because of dabbing’s popularity.”

Do Saad and Anderson’s suspicions hold up? According to census data, Washington State has a total population of 7.5 million. Colorado has about 5.7 million residents. People aged 65 or older compose roughly 13 to 14 percent of both state’s populations, so that suggests Washington has a larger market potential for hashish, based on age alone.

Saad mentioned that besides seniors, European tourists are “just thrilled” when they stumble upon his shop. In Europe, hashish is far more popular than flower. So could tourism explain the differences between hash sales in Colorado and Washington? Maybe, but probably not. Both states hosted 40 million tourists, respectively, in 2017. 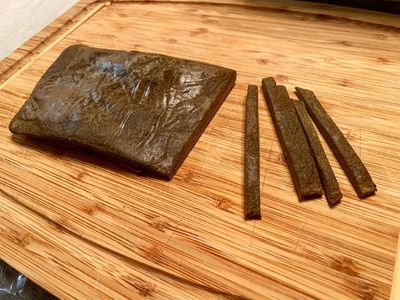 Like Washington, California is also seeing its hashish market thrive under legalization.

Just ask Luca Collins, who moved to the US from Italy about three years ago. He owns Biscotti Brands, one of two licensed hashish companies in the Golden State.

Hashish sales, he said, have “been growing for us a lot” since 2014, even though California didn’t go recreational until 2018. “Our largest consumer base is tourists from Europe or the Middle East.”

Collins noted, however, that Baby Boomers make up a sizable portion of his customers, too. “When they find us,” he said, “they keep coming back for it.”

The Dank Duchess, one of California’s modern hash queens, is a protégé of Frenchy Cannoli, considered one of the world’s foremost experts on crafting damn fine hash. She believes dab culture’s dominance shouldn’t dissuade anyone from dabbing hashish.

“You can definitely dab pressed hash,” she told MERRY JANE. “The really high-quality, full-melt stuff, like my Temple Balls, can be dabbed on a nail with minimal residue” left behind.

Like the other concentrate producers in Washington and Colorado, Duchess said making dabbable hash requires a lot of care, attention, and patience. It’s certainly not as simple as making mass-produced cannabis oil (like what you’d find in a vape pen), where you drop plant material into a carbon dioxide extractor and wait for the components to separate. 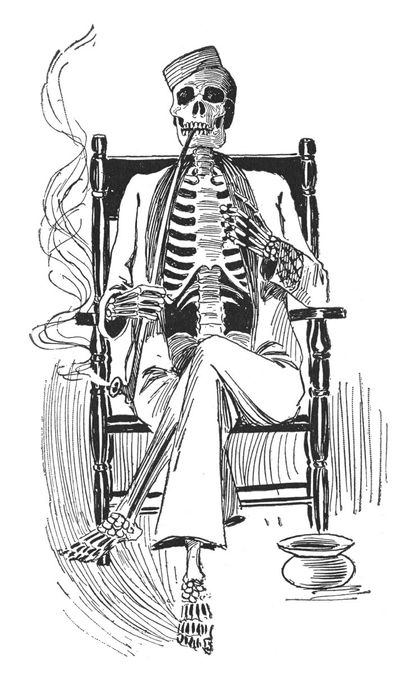 A Pot Post-Mortem: The Future of Hashish (and Extracts)

Dab culture’s prominence in Colorado may explain why the Centennial State is an outlier when it comes to having miniscule hashish sales. When the state went legal in 2014, it became both center-stage and ground-zero for global cannabis culture. And, naturally, the world’s pot snobs relocated to Colorado to take advantage of the new market’s technology, which lends itself to producing shatter and wax.

“The markets in Colorado and California are really interesting,” said Arcview’s Vice President of Data and Government Affairs, David Abernathy. “If you look at the macro-level trends, extracts and concentrates have been gaining popularity, and they’ve been growing at a similar rate. But, if you look at the constituents of those markets, they look very, very different.”

According to Abernathy, Colorado hosts a younger, more “hardcore” customer base than other weed-legal states. In the Centennial State, dabbers are always “looking for high-grade, high-potency products.” Meanwhile, customers in California exude more chill.

“Californians are a lot more mainstream,” he said. “They want something convenient, like a vape cartridge, which they can take to the beach, as opposed to setting up a dab rig and going at it with a torch.”

But even Abernathy’s data firm doesn’t track hashish sales as stringently as it does for other product categories — like vape pens or flower — because hashish comprises such a small portion of total cannabis sales. Instead, Arcview lumps hashish into an “other” category under its concentrates data: a category that includes other ultra-niche products like distillates and isolates.

But one Colorado dab master foresees a massive paradigm shift across the entire cannabis market in the near future. 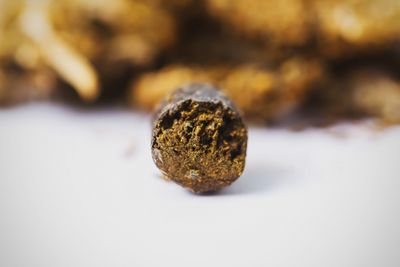 Shawn Honaker is the founder of Yeti Farms and the host of Colorado’s weed festival Bong-a-Thon. He’s one of the state’s only ganjapreneurs who can legally grow outdoors, but his sun-kissed weed always goes straight from farm to factory extraction.

“Basically, every concentrate company is making spirits,” he said, comparing weed products to alcohol. “When’s the last time you took a shot of pure Everclear? That teeny, tiny segment of hardcore consumers is what we’ve all completely fuckin’ focused on.”

Most cannabis customers, Honaker said, don’t want to get “fucked up.” They want relatively controllable head-highs where they can still function on a day-to-day basis. He anticipates the market will eventually switch from uber-potent extracts to milder products with low THC levels. That suggests Colorado’s dab culture could evolve the same way hashish has. In the future, it may teeter on the brink of obscurity.

“People are becoming more educated, and they’re slowing down,” Honaker said. “We’re seeing a whole new industry start, and we’ve got diapers on, but we’re finally walking. That’s where we’re at.”

Where will hashish — and marijuana concentrates as a whole — ultimately end up? Hash sales are growing in most legal states, regardless if they’re claiming small portions of the market overall. And even if hash and dabs end up being yet another here-today-gone-tomorrow trend in the US, other countries, especially those where hash consumption is a cultural tradition, will likely always want more.

HASH
CONCENTRATE
RESEARCH
HISTORY
MORE...
Randy Robinson
FOLLOW
Based in Denver, Randy studied cannabinoid science while getting a degree in molecular biology at the University of Colorado. When not writing about cannabis, science, politics, or LGBT issues, they can be found exploring nature somewhere in the Rocky Mountains. Catch Randy on Twitter and Instagram @randieseljay
Share this article with your friends!
AD
By using our site you agree to our use of cookies to deliver a better experience.
Accept
Decline
MORE FROM MERRY JANE