CULTURE
What Is “Duff” Weed and What Can You Do With It?
AD
Five ways to utilize duff — aka “Already Been Vaped” (ABV) weed — in all your pot pursuits.
Published on January 14, 2019

The word “duff” can mean several things: To start with the obvious, it’s a fictional beer that Homer Simpson drinks on a daily basis as well as a real beer brand brewed in Germany that is inspired by The Simpsons beverage. Or, according to the Urban Dictionary, it could mean an “unattractive girl that a hot girl keeps around to make herself and her friends look better,” along with several other meanings.

But for weed vapers, the word means something entirely different. Duff is vaped cannabis. The word “duff” can be used interchangeably with “Already Been Vaped” (ABV) cannabis, or “Already Vaped Bud” (AVB), meaning spent cannabis that is lower in THC. It’s unclear which word came first, but “duff” began appearing in cannabis-related forums between 2000 and 2005.

Contrary to popular belief, duff is definitely not something to be thrown out with the trash. Here’s why: the majority of THC in duff has already been decarboxylated, so you get a stronger effect from eating it than if you were to eat straight weed. For example, Volcano, the vaporizer brand, found that up to 48 percent of the THC remained in a sample after vaping.

The ABV subreddit now boasts over 18,500 subscribers with extensive tips, explanations, and frequently asked questions surrounding duff, ABV, or AVB. The AVB subreddit is home to over 5,300 subscribers and loaded with similar information. “Virgin weed” is non-vaped cannabis, but the THC can be consumed more than once. Some vapers swear that the edible high from duff is more pleasant than the often overwhelming high from traditionally decarbed cannabis in edibles. So how can you get into the duff game? Here are five ways to utilize the seemingly-cashed cannabis. 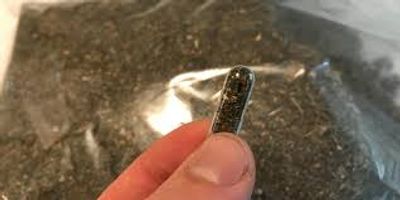 Since duff has mostly been decarboxylated, the THC is already somewhat activated and converted to THCA, leading many to attest that it hits harder than regular edibles. Eating non-decarbed weed will do almost nothing to a consumer. However, with ABV, this is no issue. You can even fill capsules with the duff and pop them like prescription medication, perhaps one of the easiest ways to titrate cannabis dosages. If embracing this consumption method, be sure to mix in a little coconut oil before you fill the capsules, or eat some other kind of fatty substance at least 30 minutes before ingesting. This will help you get the biggest bang for your buck.

Store It for Emergencies

Every cannabis connoisseur should have a survival kit to carry you through at least three weeks, on the off chance your plugs are MIA. In case you don’t want to stash your top-shelf bud, why not use your duff for a pot-friendly prepper kit?

To start, put your duff in an airtight container for later use. Store it in the freezer if you need to save it for long periods of time, meaning 30 days or more. Since you never know when times are going to get tough — your local dispensary or store could get raided, or your connect could suddenly ghost you, or you could run out of crash — this preemptive planning may be a blessing at a later time. Duff may not be as good as fresh weed, but it sure beats having no weed. 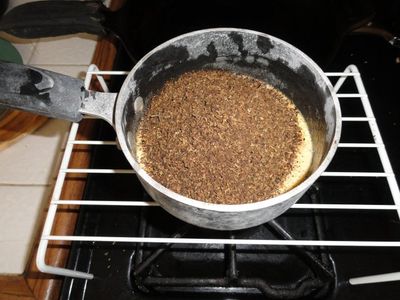 Swap It for Cannabis in Edibles

Stop making your life harder than it has to be. Cannabis is better suited for an ingredient in edibles if it’s been decarboxylated, so why not just skip that step and use duff instead? Once you have 4-28 grams of duff saved up, you have enough to make cannabutter, oil, or a tincture. Most forums insist that you should water cure duff to make the flavor more pleasant and manageable in edibles. You’ll find plenty of cannabutter, tinctures, and oil recipes online, as well. For those, you’re going to need to multiply the amount of cannabis times two, but it will still get the job done.

Most cannabis snobs will refuse to re-vape bud, but the science indicates that there is plenty of THC still left in there. According to various forums, consumers report that you can get 2-6 solid hits off of vaping duff. Don’t kid yourself about your standing in the cannabis pecking order, and certainly don’t waste all of that precious THC. It also probably tastes better than whatever leftovers are stuck in your pipe bowls. 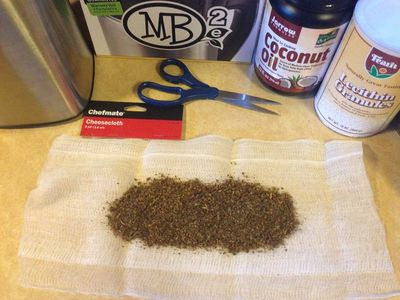 Roll It and Smoke It

OK, so this defeats the entire purpose of choosing vaping over smoking. However, according to  FuckCombustion.com, smoking duff is harsher than smoking fresh flower, but can produce a high with less of a giveaway aroma, as the terpenes have probably been depleted at this point. (This isn’t the case if you’re cooking with duff, as it will produce a pungent stench if it is not water-cured.) As a result, smoking duff would make senses for people on the clock or in a public setting. It produces more of a body high, as some of the THC is spent, but CBN is largely left behind. Given the rise in popularity of smoking hemp nowadays, smoking duff would make sense as an alternative to cigarettes.

420
HOW TO
VAPE
CULTURE
MORE...
Benjamin M. Adams
FOLLOW
Benjamin Adams is a freelance writer whose work has appeared in a slew of publications including CULTURE, Cannabis Now Magazine, and Vice. Follow Ben on Twitter @BenBot11
Share this article with your friends!
AD
By using our site you agree to our use of cookies to deliver a better experience.
Accept
Decline
MORE FROM MERRY JANE