Psychedelics are a gateway to understanding the world in a deeper way — and they trigger conversations far bigger than your dose. Whether you’re on LSD or musing about your last ayahuasca journey, you’re usually not talking about the substance or plant itself.

Rather, psychedelics plunge you into conversations about spirituality, death, the unknown, and connecting to an energy that humanity has been alienated from. You talk about new perspectives regarding culture, politics, sexuality, acceptance, climate change — and potential solutions that could work if we move past the rigid structures laid upon on us by the powers that be.

The psychedelic experience, then, is a portal to being present, aware, and open. And that’s exactly what’s captured in DoubleBlind Magazine, a new publication dedicated to the reality, research, and reform of psychedelics through fact-based journalism, photography, art, and poetry.

The magazine flows with stories, photos, verses, and designs meant to make us ponder what we think we know. It feels like an album that’s meant to be listened to from start to finish, like Darkside of the Moon or Sleep's Dopesmoker. Sure, most of the songs on these records are great as stand-alone’s. But these albums take you on a distinct, psychedelic journey when you listen to them as a whole. That’s the same vibe DoubleBlind inspires. 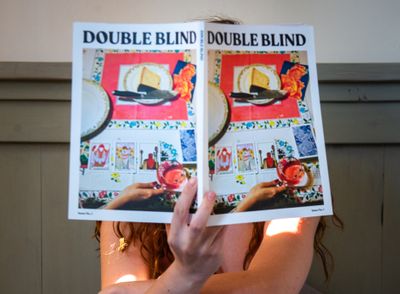 “A question everyone asks is why we’re doing a magazine in 2019,” said Madison Margolin, co-founder and Managing Editor of DoubleBlind, as we sat on the beach watching the sun prepare for its descent into tomorrow. “And that answer is mindfulness. People tell us all the time that they sat down and read it cover to cover. Getting people to sit and read anything physical doesn’t happen anymore.”

DoubleBlind evokes this mindfulness by using psychedelics as the lens through which to discuss a number of hot issues, such as addiction, sex, queerness, mental health, and the environment. The story "The Function of Awe," for instance, details how psychedelics can play an integral part in shaking people awake to effectively tackle climate change. And it's done so by explaining the relationship between life and water. The fusion of long-form journalism, art, and photography conveys deeper facets of the psychedelic space that opens readers to a greater understanding of what these substances — and those who advocate for them  — mean in 2019.

“We're here to tell meaningful stories and do thoughtful journalism,” said Shelby Hartman, Editor-in-Chief and co-founder of DoubleBlind. “But it’s going to be delivered in many different ways because we think it's important for our content to be accessible and interesting... We’re not trying to litter people’s social media feeds with clickbait.” 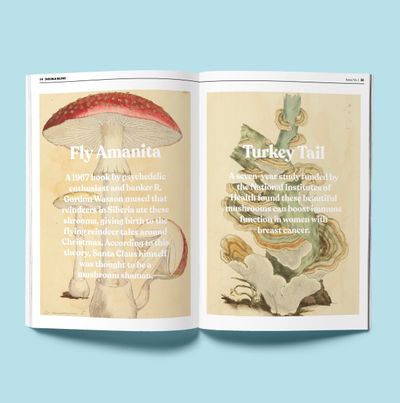 Hartman also explained that the timing of DoubleBlind comes at a choice point in psychedelic history, as a future with access to psychedelics largely depends on how things are handled today. In other words, education is a critical component to freeing these substances from the grips of prohibition.

“There’s concern among some of the federal researchers at NYU, Johns Hopkins, and some of these prominent institutions that efforts to decriminalize or legalize psilocybin and other psychedelics are going to undermine federal research if something were to happen,” she said. “For instance, if someone doesn't know what they're doing and they take too much [of a substance] and get behind the wheel, and it makes some kind of sensationalistic headline. There's fear that could derail federal research efforts. So it's really important that right now there's a platform like DoubleBlind educating people on how to responsibly and safely use psychedelics.”

One way this education takes form is by breaking down the details of medicinal research trials involving MDMA and psilocybin. The reason people are experiencing profound success isn’t simply because they tripped really hard. Rather, it’s because of the synergistic trifecta among setting, therapy, and dose. “I want set and setting to be as obvious as don't drink and drive,” said Margolin. “The research is successful in a very specific context. Psychedelic-assisted psychotherapy includes integration sessions and sessions beforehand. And it's a very controlled setting.” 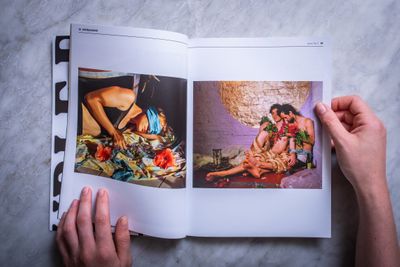 That said, Margolin doesn’t discount the fact that people can also have magical, healing experiences from taking psychedelics in rogue settings, like at concerts, for instance. “I just want people to be able to differentiate how different the clinical aspect is from your colloquial aspect," she added.

The context of these studies is often lost in the excitement of witnessing psychedelics finally get the recognition they deserve. And rightfully so: watching history unfold before us is thrilling. But that’s why DoubleBlind plays such an important role in the psychedelic space. The publication fills a void and provides smart, visual content that's digestible to novice, curious, and seasoned psychedelic journeyers alike.

And the reason that’s important is because if we don’t educate ourselves about the new psychedelic frontier, these substances could end up being controlled by corporate and pharmaceutical interests. The same ones that have consistently taken possession of countless other beneficial medicines and patents. 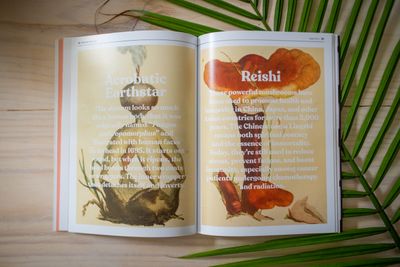 “Psychedelics are where cannabis was about 10 years ago,” said Margolin, who’s been on the cannabis beat for nearly five years, including many by-lines for MERRY JANE. “And, to be honest, I’m really frustrated, disappointed, and kind of mad about the way the [cannabis] legalization is playing out — it’s definitely not equitable. So one thing we all have to be mindful of with psychedelics is access and affordability... They cannot become an elite medicine for the rich.”

Hartman also noted the importance of sacred reciprocity as people start to profit from the wisdom of indigenous communities in regards to plant medicine. “We need to make sure that these people are respected and supported," she emphasized.

Hartman makes a crucial point, considering cannabis legalization squeezed out many mom-and-pop growers — the original pot businesses that pre-dated legalization by decades — by making licensing only accessible to those with a never-ending stream of money. So, it’s easy to see the parallel. But, as the DoubleBlind co-founders are quick to point out, this doesn't have to be the future of psychedelics. 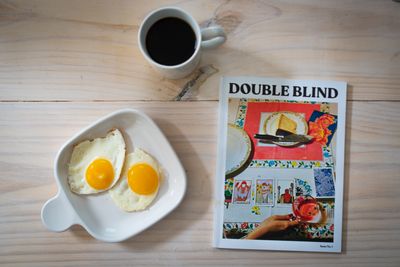 These are just some of the messages subliminally coded throughout the magazine. They tend to sink in hours — days, even — after reading DoubleBlind; a similar phenomenon to the epiphanies and revelations that surface after a psychedelic experience. And in a world where mass-distraction has lead to heightened apathy, DoubleBlind offers readers the best gift of all: a deeper understanding of the world told through the lens of a "new" medicine.

“We both think that this is a much larger conversation than just psychedelics," said Hartman. "And one of the things that's at the heart of this conversation is what we think of as medicine in our society."

MEDICINE
CULTURE
PSYCHEDELICS
MAGAZINES
MORE...
Mary Carreon
FOLLOW
Mary Carreon is an award-winning journalist from Southern California and the Associate Editor at MERRY JANE. She’s drawn to stories about cannabis and the environment, social equity, veterans, the history of weed in California, and the rise of psychedelics and plant medicine in the 21st century. You can find her bylines in Forbes, Kitchen Toke Magazine, OC Weekly, (the OG) LA Weekly, High Times Magazine, Sensi Magazine, and more. Mary loves green juice, coffee, and red wine equally — but not at the same time. When she’s not working, you can find her doing yoga to Ravi Shankar, or migrating towards the nearest venue playing the best music. Follow Mary on social media @maryyystardust or visit her at marycarreon.com
Share this article with your friends!
AD
By using our site you agree to our use of cookies to deliver a better experience.
Accept
Decline
MORE FROM MERRY JANE