CULTURE
Are Bart Carts Legit Weed Vapes? And How Can You Tell They’re Fake?
AD
Who doesn’t want to get high with The Simpsons? That’s fine, but you’ll want to skip these fake carts and smoke weed out of your Homer bong instead.
Published on November 6, 2019

When The Simpsons first debuted on television, the family’s rapscallion brat, Bart, caused a shitstorm among concerned parents. He was proud of his failing grades, had a penchant for pyromania, and pulled pranks on innocent people that bordered on sociopathic. It’s hard to imagine today, after a record-breaking 31 seasons, that full-grown adults seriously considered taking Bart Simpson off the air.

Bart ultimately beat the controversy and went on to become one of America’s most beloved animated icons, right alongside the likes of Mickey Mouse, Betty Boop, and Bugs Bunny. And while he’s undoubtedly a top-favorite character in The Simpsons’ universe, you’ll never see him branded on any sort of “recreational” vice product for adults, such as nicotine products, alcohol, and most definitely never, ever weed vapes.

So, if you’re wondering about those Bart Carts weed vapes that’ve been floating around, you should know upfront that they’re 100% fake. And by fake, we mean they aren’t licensed, and no one knows what’s actually in them or what they’re made of. 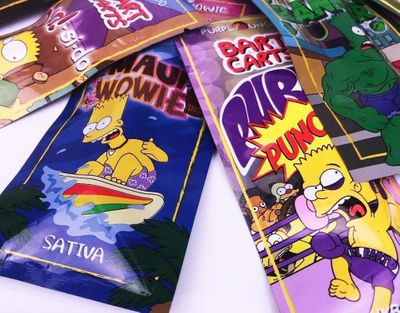 Bart Carts Arguably Appeal to Kids, Which Is Illegal

Although Bart Simpson has been around for 30 years, his character will forever remain a kid. It’s against federal and state rules for weed companies to market products to children, and featuring a brand logo with one of the world’s most famous cartoon kids most certainly breaks those rules.

State governments have been incredibly strict about that no-marketing-to-children rule. So strict, in fact, that Washington State almost banned all forms of infused gummies for this reason. 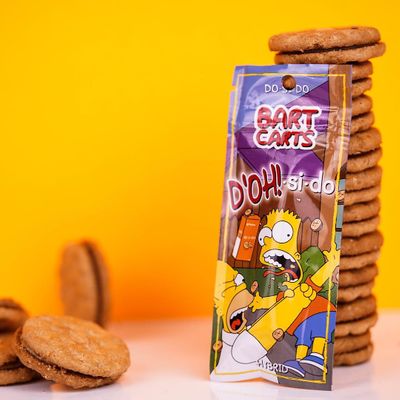 Bart Simpson, and pretty much everything else related to The Simpsons, is owned by 20th Century Fox Film Corporation. That includes both the copyrights and trademarks to everything related to the show. So, if a weed company wanted to offer Bart Simpson-branded vapes, they’d need permission from Fox. And if a media conglomerate like Fox jumped into the weed game, it’d be international news.

Guess what? There’s no news here, because it’s never happened. 20th Century Fox won’t even let someone produce Duff Beer in real life since the studio owns the cartoon version.

If Bart Carts are violating trademarks, why hasn’t anyone sued the owners? No cease-and-desist letters exist because no one knows who’s actually producing Bart Carts.

Legit, licensed, state-legal weed companies are eager to show their compliance, since failing to follow the rules (like identifying your company as the maker of Bart Carts) means a visit from local authorities and an expensive audit. This is why legit companies post their license numbers in public, and why every legit THC vape producer wants you to know exactly who they are, where they’re located, and how to contact them.

Bart Carts packages don’t contain company information, nor do Bart Carts have an official website. Not having a website is another red flag that your vape carts come from some shady underground producer. In addition to being transparent about who they are, compliant weed companies are transparent about their products’ ingredients, too. That means all legal weed products, from bottles of buds to tech-savvy vape devices, should feature a sticker somewhere on the packaging or on the product with lab testing information. It’ll include things like THC and CBD content, terpene content, and what fertilizers or pesticides were used when making it. And this information always comes on a sticker; it should never be printed directly onto the packaging. 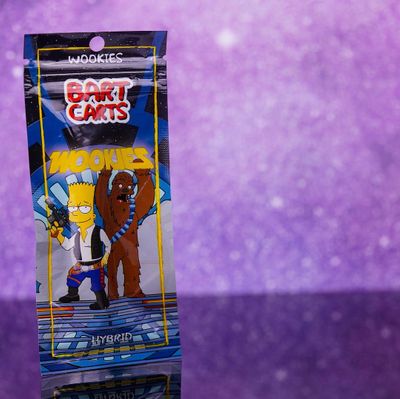 Why You Should Avoid Fake Vapes Like Bart Carts

So, if you care for your health but you still want to party, stick to legal, licensed weed vapes if they’re permitted in your area. El Barto loves chaos, but he doesn’t want your lungs to have a cow.

BLACK MARKET
VAPING
COUNTERFEITS
SEO
MORE...
IN THIS STORY
CBD
Click to shop at our CBD store
MERRY JANE Staff
FOLLOW
MERRY JANE is based in Los Angeles, California and is dedicated to elevating the discussion around cannabis culture.
Share this article with your friends!
AD
By using our site you agree to our use of cookies to deliver a better experience.
Accept
Decline
MORE FROM MERRY JANE