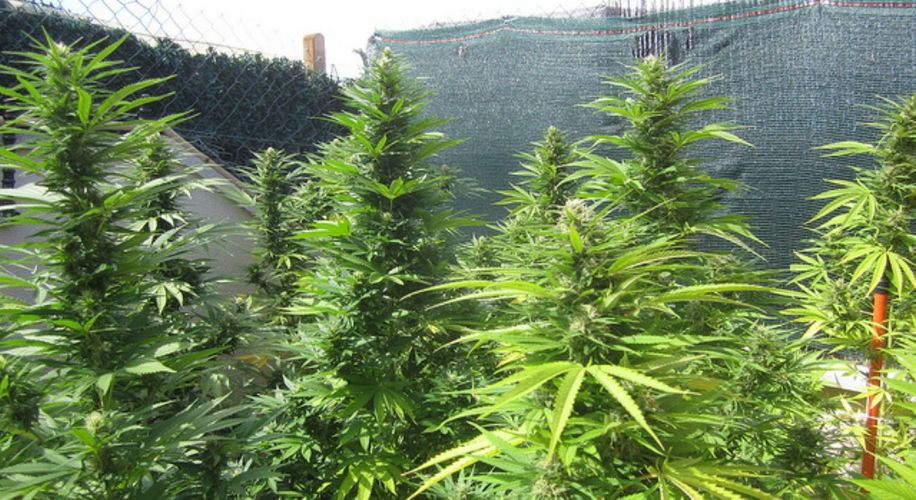 Despite Political Barriers, Massachusetts Farmers Push for a Place in the Legal Weed Industry

With a regulated retail market on the horizon, outdoor farmers are having trouble carving out a viable niche.

With a regulated retail market on the horizon, outdoor farmers are having trouble carving out a viable niche.

Massachusetts is set to open the East Coast’s first major recreational cannabis market. Voters passed Question 4, the state’s recreational adult use law last November, and after a few delays it seems fairly certain that by July of next year, adults 21 and older will be able to walk into a Boston shop and buy weed. However, the weed sold in those stores will all come from indoor grow houses backed by wealthy investors - something Massachusetts’ small farmers aren’t too happy about.

“That’s not a fair market,” Ted Dobson told the Boston Globe. “And most of these people are not horticulturists, not farmers; they’re just deep-pocketed folks who saw there was money to be made.”

Dobson is the proprietor of Equinox Farms, a 15-acre salad-green production plot in Sheffield, Mass. He’s excited to diversify his crop with cannabis, but is finding it harder than just germinating seeds or planting clones.

Businessmen with resources will have the first crack at recreational licenses thanks to the state’s medical program, which requires $30,000 in fees, and another $250,000 in the bank. In addition to the funds needed to start the business, all medical cultivators must also own the dispensary their weed is sold from to meet the state’s required vertical integration.

As the recreational legislation currently reads, established medical marijuana businesses will have a two-year head start on new cultivators trying to enter the industry. For Dobson and other small farmers in Massachusetts looking to pay their bills with the newly legal cash crop, those barriers might spell doom.

“What farmers in Massachusetts have realized is they have to diversify,” Brad Mitchell, deputy executive director of the Massachusetts Farm Bureau Federation, told the Globe. “For them, growing a high-value crop [like marijuana] would be great. There are certainly some folks who would look to this to save the farm.”

Question 4 contained language that specifically allows outdoor grows, but because of mandated security regulations and a change to the state’s “right to farm” laws to exclude cannabis and make zoning regulations harsher, some small farmers put the prospect of joining the industry somewhere between difficult and impossible.

“They basically disallowed it in any place but commercial and industrial zones,” Jeffery Randall, a Plymouth, Massachusetts farmer who was thwarted from the state’s medical marijuana industry, told the Globe. “Basically this stops any agriculturalist from entering this industry.”

For Dobson, the possible benefits of cultivating cannabis far outweigh the prospects of failing, so the salad farmer is meeting with local representatives to hopefully amend local laws to allow his outdoor farm to meet the state’s medical and recreational regulations.

After all, why would anyone want to stop farmers from keeping local agriculture viable?

“I want to diversify,” Dobson said. “This is just another green I want in the mix.”