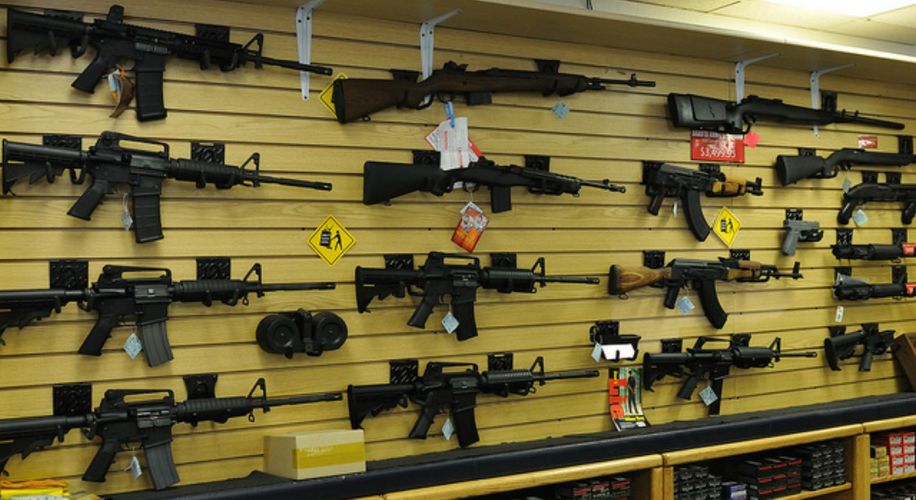 The Honolulu Police Department sent a series of letters to the island’s medical marijuana card holders, demanding the surrender of all registered firearms. The policy has not gone as smoothly as intended, and will be reviewed and reevaluated by state police officials, Hawaii News Now reports.

The letters have apparently been arriving in the mailboxes of Hawaiian medical marijuana patients all year, though the initiative was first reported to the public on Russ Belville’s Marijuana Agenda podcast earlier this week. Since then, the letters have reignited the nationwide debate about the intersection of cannabis and gun ownership.

Giving medical marijuana patients 30 days to turn in their guns, the letters cite state law reaffirming a federal statute that bars users of any illicit substance, even state-approved cannabis, from owning a firearm. On the ATF form necessary to obtain gun ownership, applicants must explicitly confirm that they are not “an unlawful user of, or addicted to, marijuana or any depressant, stimulant, narcotic drug, or any other controlled substance.”

Since states like California and Colorado began approving cannabis for medical purposes, the issue has popped up across the country, including a ruling last year by a panel of 9th Circuit Court of Appeals judges that confirmed the forfeiture of cannabis users’ Second Amendment rights.

In gun-friendly states like Arkansas, experts have argued that warnings about medical marijuana participation disqualifying gun ownership have significantly hindered the number of people applying for the legal cannabis program.

Even in the face of federal and local law, though, the separation of guns and grass has generally been a bureaucratic safeguard more than enforceable fact. For example, gun buyers must sign a drug-free pledge, but are not required to submit a urine or blood sample to see if they’re actually telling the truth.

But while a number of reports have claimed that the Honolulu Police Department “voluntary surrender” requests were the first attempt to actively confiscate guns from legal cannabis users, a similar, and ultimately failed, letter campaign was sent to at least four Illinois medical marijuana users in late 2015, informing the patients that their firearm cards had been immediately revoked due to their medical marijuana licenses. Illinois officials eventually called the letters a mistake and have not made any subsequent attempts to hinder gun ownership for medical marijuana patients.

Back in Hawaii, public discussion of the surrender requests have raised new questions about whether all of the state’s medical marijuana card holders actively use the plant. The situation has also prompted HPD Chief Susan Ballard, who claims she did not approve the letters despite her signature appearing at the bottom, to rethink the controversial policy.

Hawaiian Police Department officials have not made a final decision about taking action in relation to the letters, but have confirmed that medical marijuana card holders will be denied permits for legal gun ownership going forward.