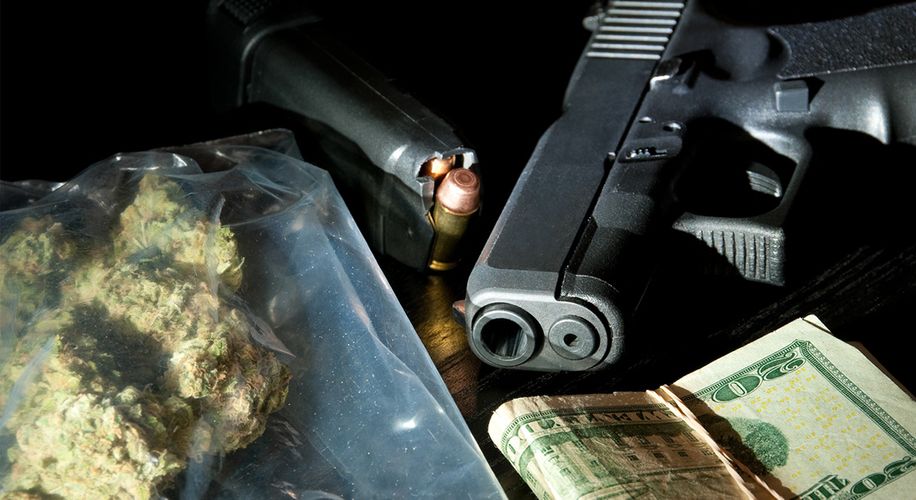 Can cannabis users own guns? While federal law is clear that marijuana use disqualifies an individual from owning a gun, state legalization has created confusion around the issue.

Can cannabis users own guns? While federal law is clear that marijuana use disqualifies an individual from owning a gun, state legalization has created confusion around the issue.

Maybe you’ve heard that some medical marijuana patients around the US have had trouble buying guns and have even had their firearm owner’s identification taken away due to the fact that they hold medical marijuana cards. But did you know that the federal government can technically take away a firearm owner’s identification just for using marijuana, and even in states where it’s legal? Recent developments at the federal level have clarified the federal government’s stance on guns and marijuana use. And the news is not favorable when it comes to the Second Amendment rights of people who enjoy using cannabis. So what rights do medical marijuana cardholders and general cannabis users have to own or sell a gun?

The Gun Control Act of 1968, which was prompted by the assassinations of JFK and Dr. Martin Luther King, Jr., regulates the firearms industry and firearms owners. It generally prohibits interstate firearms transfers except through licensed manufacturers, dealers, and importers. In 1993, the Act was “enhanced” with the passage of the Brady Handgun Violence Prevention Act, which established a background check system which requires licensed sellers to inspect the criminal history of prospective gun purchasers. The Brady Act created a list of categories of individuals to whom selling firearms is prohibited. Category 3, “unlawful users" of controlled substances, includes medical marijuana card holders and marijuana users in general. However, state marijuana legalization has created some uncertainty about whether state legal marijuana use is considered “unlawful use.”

In a 2011 letter responding to inquiries regarding the medical use of marijuana, the DOJ’s Bureau of Alcohol, Tobacco, Firearms, and Explosives (ATF) reiterated that under federal law, any person who is an “unlawful user of or addicted to any controlled substance” is prohibited from shipping, transporting, receiving, or possessing firearms and ammunition. The letter went on to state that there is no exception for state-legal medical marijuana use because marijuana remains illegal under the Controlled Substances Act. Surprise, surprise. ATF’s reasoning here is that any cannabis user can be prevented from owning a gun because marijuana’s federal illegal status makes its use “unlawful.”

Anyone who wants to purchase a gun must apply for a federal firearm owner’s identification (FOID). In doing so, an applicant will fill out ATF’s Form 4473, a standard application used to determine whether someone qualifies to legally own a firearm. Question 11.e. asks: “Are you an unlawful user of, or addicted to, marijuana or any depressant, stimulant, narcotic drug, or any other controlled substance?” With many states legalizing marijuana in various forms, this question has caused a lot of confusion for cannabis users applying for FOIDs. Some have been filling out their forms incorrectly under the assumption that they are not an “unlawful user” if marijuana is legal in their state. However, the Feds have now made it clear that any cannabis use is unlawful and disqualifies an applicant from owning or selling a gun.

In October 2016, the ATF added a warning to its Form 4473, stating: “The use or possession of marijuana remains unlawful under Federal law regardless of whether it has been legalized or decriminalized for medicinal or recreational purposes in the state where you reside.” This is meant to clarify that state legalization doesn’t change federal law prohibiting marijuana users from owning and selling firearms. Thus, anyone who has used marijuana is an “unlawful” user and therefore should answer “yes” to question 11.e. on Form 4473. As listed at the top of the form, there are strict penalties for receiving a firearm if you’re a prohibited from doing so — up to 10 years imprisonment and/or up to a $250,000 fine.

Last fall, the 9th Circuit Court of Appeals (a federal court) held in Wilson v. Lynch that the Gun Control Act’s prohibition on marijuana users owning guns does not infringe upon the Second Amendment rights of medical marijuana card holders. In this case, a Nevada woman with a medical marijuana card attempted to purchase a handgun. The gun store owner declined to sell her the gun because he recognized her as a medical marijuana cardholder. The woman claimed that she didn’t actually use marijuana, but got her card to make a political statement in favor of legalizing marijuana. She argued that the denial based on her cardholder status infringed upon her Second Amendment rights. The court disagreed.

What’s most disconcerting about this case, though not surprising for those who understand cannabis and support legalization, is the reasoning with which the 9th Circuit made its decision. The 3-judge panel unanimously held that there was no Second Amendment violation because marijuana users are more likely to be criminally violent. So, in the interest of reducing gun violence, the Feds can prevent any marijuana users from owning guns. It’s disappointing that yet another federal case has relied on the “nexus between marijuana use and violence” by citing studies showing a “significant link” between marijuana use and violence. Those of us who are familiar with the research of some of the US’s top drug policy researchers know that there is “little direct association” between cannabis and violent crime and that cannabis can actually reduce violent tendencies.

At the state level, marijuana users do have more protections. In Illinois, medical marijuana users are not prohibited from owning guns, even though some authorities have tried to revoke firearms cards from patients. In California, medical marijuana users can have guns, but there may be additional charges if guns are used in connection with a drug related offense. Many other states that have legalized marijuana are grappling with gun rights — including Colorado where a 2015 concealed carry petition that would prevent sheriffs from denying permits to marijuana users failed to get enough signatures. Unfortunately, when it comes to right to bear arms, federal law trumps state law. Many states’ laws are at odds with federal guidelines, which means the rights marijuana-using gun owners enjoy at the state level are nonexistent in the eyes of the Feds. This is only likely to change if marijuana is rescheduled in the Controlled Substances Act or removed altogether.

Cannabiz Confidante is a lawyer and cannabis business consultant based in Southern California. When she’s not lawyering or writing, you can find her painting and practicing yoga. Follow her on Twitter @CannaConfidante.