NEWS
Florida Man Discovers Nearly $1 Million Worth of Cocaine Chillin' on the Beach
AD
And this isn’t the first time something like this happened in Florida, either.
Published on December 18, 2020

Palm Beach, Florida got a white Christmas about a week early this year. But the snow found on the shore wasn't the kind that falls from the sky.

Earlier this week, authorities announced that a Palm Beach resident randomly stumbled across 25 bricks of cocaine while leisurely strolling along the coastline. The man, who likely lacked the clientele to unload all that wayward cargo, reported the find to the police.

Altogether, the score — if it could even be called that — weighed about 71 pounds, with an estimated street value of “nearly $1 million,” Miami US Border Patrol tweeted.

This isn’t the first time a shitton of coke just happened to wade onto Florida’s beaches, either. Over a year ago, after Hurricane Dorian came and went, 15 kilogram-sized bricks of pure yayo ended up on Cocoa Beach. Police estimated that the Cocoa Beach packages, combined, were probably worth about $1 million on the streets, as well.

Why do Floridians keep finding bricks of cocaine on their state beaches? All of the world’s coke is grown and processed in South America, particularly in countries like Colombia and Peru. Miami, which dangles at the southernmost corner of the US East Coast, serves as a major hub for South American drug smugglers.

So, what’s likely happening is the smugglers’ boats or planes experience an accident. After crashing or sinking into the ocean, the cocaine payload ends up in the water and floats. Or, the smugglers throw their booty overboard to thwart authorities like the US Coast Guard. Currents carry the coke packages to Florida’s shores, which then get found by a good samaritan.

Rather than throwing a beach-house rager, the good samaritan then calls the police. The police arrive, scoop up the goods, and later destroy it in a DEA-approved furnace. Or it magically vanishes from the evidence room. Sometimes, it vanishes so magically that the cops can’t even get it to the evidence room to begin with.

As the late great Rick James once said: Cocaine’s a helluva drug.

But, one has to wonder: Has anyone ever found bricks of cocaine on the beach and just, y’know, quietly kept it to themselves? In the interest of public safety, of course. 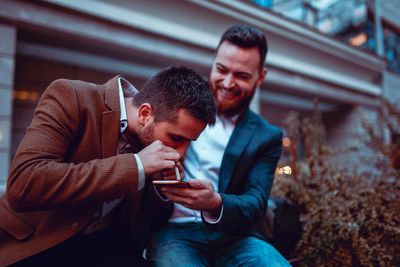 NEWS
FLORIDA
DISCOVERY
COCAINE
MORE...
Randy Robinson
FOLLOW
Based in Denver, Randy studied cannabinoid science while getting a degree in molecular biology at the University of Colorado. When not writing about cannabis, science, politics, or LGBT issues, they can be found exploring nature somewhere in the Rocky Mountains. Catch Randy on Twitter and Instagram @randieseljay
Share this article with your friends!
AD
By using our site you agree to our use of cookies to deliver a better experience.
Accept
Decline
MORE FROM MERRY JANE