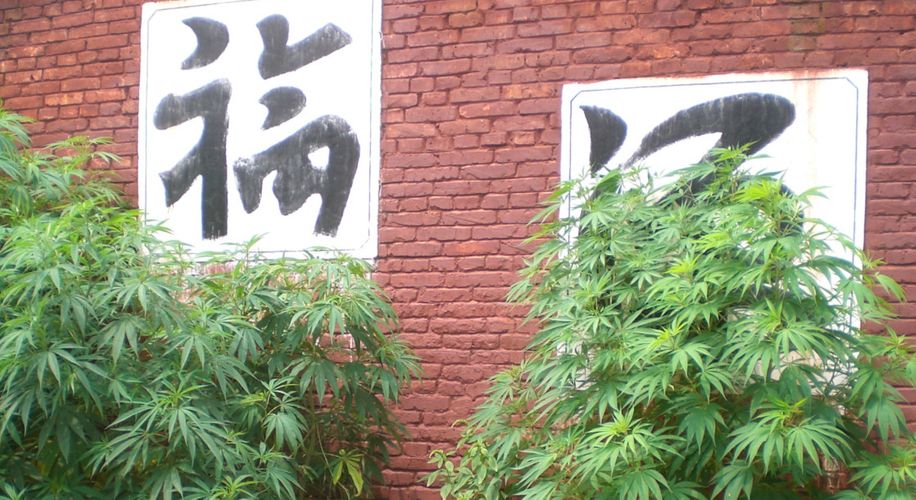 China Could Become a Major Player in the Cannabis Industry

Cannabis grows are sprouting up all across China, even though marijuana is officially prohibited in the country. In some provinces, farmers are legally growing hemp plants, while in other provinces, illegal grows for medicinal or recreational use are becoming popular. The total amount of cannabis being grown in the country is considered a national secret, but “it's a big figure,” according to Yang Ming, head of the cannabis research program at the Yunnan Academy of Agricultural Sciences. “Many farms are, strictly speaking, illegal under current law and regulations.”

One hectare of hemp can bring farmers over 10,000 yuan – about $1,500 – while common crops like corn only sell for a few thousand yuan per hectare. “That's pure profit,” said Jiang Xingquan, a farmer who grows hemp plants in the Heilongjiang province near the Russian border. In this part of China, there are few pests that threaten cannabis plants, so farmers can grow them without needing expensive and dangerous pesticides.

Authorities in the Heilongjiang province legalized and regulated the sales of hemp plants last year, and in the Yunnan province, hemp production has been legal since 2003. Government-funded scientists have been researching military uses of the plant since the 1970s, deriving ways to use cannabis as medication as well as fabric for uniforms. Currently, over half of the 600-plus cannabis-related patents in the world are held in China.

Beijing-based Hemp Investment Group has partnered with the People's Liberation Army to create a cannabis-based drug to treat post-traumatic stress disorder, which is currently nearing completion of clinical trials. The company claims that they are preparing a number of cannabis products that they intend to introduce to the global market. “We expect the sector will grow into a 100 billion yuan industry for China in five years’ time,” said Tan Xin, president of Hemp Investment Group.

Chinese farmers have cultivated cannabis for millennia, using hemp's strong fibers to make products like rope, paper, and fabric. The ancient Chinese also discovered the medicinal properties of cannabis, and used the leaves and seeds as part of their medicinal tradition, but when the Communist People's Republic of China was established, cannabis was classified as an illegal drug. Currently, anyone possessing more than 5 kilos of processed weed can face the death penalty.