NEWS
Are Fears of Cannabis Supply Shortages in Canada Justified?
AD
MERRY JANE reached out to a few industry insiders and experts to ask if Canada's supply shortage concerns were justified.
Published on October 17, 2018

On Wednesday, Canada became the first G7 nation and second country in the entire world (after Uruguay) to legalize adult-use cannabis. As the hands of the clock superimposed at midnight, the first retailers opened their doors in the provinces of Newfoundland and Labrador, allowing long lines of customers in to pick up some good green.

While great news for recreational weed users, legalization might be problematic for patients: many fear the country’s supply will not be enough to cover the explosion in demand — with e-commerce software provider Shopify reporting more than 100 transactions per minute. After all, the Canadian Imperial Bank of Commerce estimates that by 2020, the Great White North will be consuming about 810,000 kilograms (about 1.8 million pounds) of weed per year.

Interested in getting some expert opinions on the matter, MERRY JANE reached out to a few industry insiders and asked if the shortage concerns were justified.

It’s All In The Quality

Vinay Tolia, CEO of publicly-traded Canadian producer Flowr Corp. noted the fears are “absolutely justified on day one. Meeting health and safety standards on a large scale is not an easy task, and it’s apparent that there are big differences between what some LPs state as their capacity and what they can actually produce.” [Editor’s Note: Hyperlink added by MERRY JANE, not Tolia]

There are many other unknowns in the market, he added, arguing that the situation will be “dynamic” for some time, as suppliers figure out exactly what the consumers want and in what supply. It’s most likely we’ll see a steady offer of mass-market, low-priced cannabis, as there are a lot of LPs that can fill demand there; but premium quality, Snoop Dogg-approval-worthy weed will be a different issue. 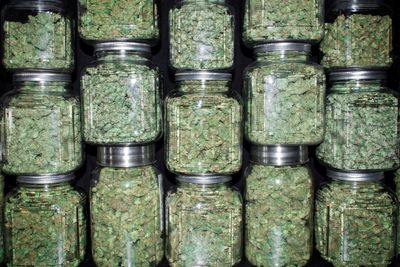 Jessica Billingsley, CEO of seed-to-sale technology provider MJ Freeway seemed to disagree with Tolia, telling MERRY JANE that supply shortage fears are overblown “unless there is a tremendous amount of export pressure.”

Down a similar lane, Kris Krane, president of cannabis investment firm and multi-state operator 4Front, said that while the size of the demand in the early days remains unknown, “it is reasonable to assume some supply issues in the early days as companies ramp up production” — as we’ve already seen in many U.S. states.

Also in agreement, Beth Stavola, COO and President of U.S. Operations of MPX Bioceutical, argued that we will need some time “to get production to where it fulfills the demands of the marketplace,” as Canada begins to issue new licenses and regulations. “Depending on how long this takes, there may be a temporary shortfall in supply, but hopefully it won't be as dire as some suggest. If the government moves quickly to get licenses in place and expand the range of products available, they will have a thriving market in the near future.”

Finally, we reached out to equity analyst Alan Brochstein, best known as the 420 Investor, who’s been anticipating supply shortages for a while now. “It looks like there won't be nearly enough product or SKUs of product on day one,” he stated. “With that said, the number of physical stores open on 10/17 truly rounds to zero in the scheme of things, and I expect online [sales] will be slow to take off as a channel — but will build over time.”

“It's important to not judge the success on day one,” he continued, explaining we need to understand the launch will be “underwhelming but then moving in a positive direction over time, with more supply and points of distribution, as well as a better products set a year from now.” 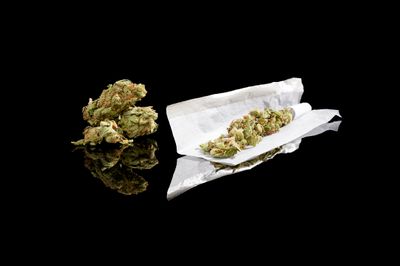 Unlike the previous experts quoted, Jodie Emery, famed activist and owner of the hemp-themed café Jodie’s Joint, assured MERRY JANE that supply is definitely enough. The problem, in her view, lies in the new regulations and what the government allows to be sold.

“Canada has enough cannabis supply to meet demand,” she told MERRY JANE, arguing that Canadians have been growing enough weed to supply everyone for decades. The problem is that “the federal government isn't legalizing that supply, though.” She added, “This is ill-deemed ‘illicit cannabis,’ just as it was ‘illegal cannabis’ before today.”

Emery also noted that “the costs and barriers to getting licensed as a federal legal grower are too prohibitive and prevent the existing suppliers from being able to transition into legality. Legalization should mean the legalization of the industry that grew despite prohibition, not the exclusion of those pioneers and prohibition victims.”

NEWS
LEGALIZATION
DISPENSARIES
PRODUCT
MORE...
Javier Hasse
FOLLOW
Javier Hasse is a young Latinx cannabis focused-writer, author of the book “Start Your Own Cannabis Business,” published via Entrepreneur Media. The book hit the #1 Best Seller spot for cannabis categories on Amazon on the week of its release. In addition, Javier writes for a variety of mass media outlets and serves as the Director of Benzinga's Cannabis Newsdesk. He's had more than 4,500 articles published on CNBC, Playboy, Entrepreneur Mag, The Street, High Times, Leafly, Benzinga, CNN Money, Yahoo Finance, MarketWatch, MSN Money, Morningstar, and many other mass media outlets.
Share this article with your friends!
AD
By using our site you agree to our use of cookies to deliver a better experience.
Accept
Decline
MORE FROM MERRY JANE