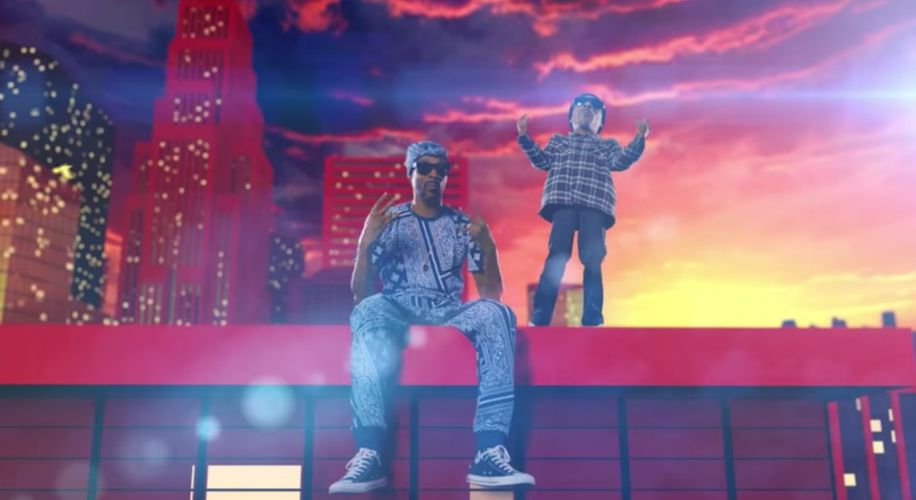 The Doggfather stays political on a trip down memory lane with a miniature Snoop companion.

The Doggfather stays political on a trip down memory lane with a miniature Snoop companion.

Less than a week after Snoop released the video for “Lavender” and found himself in President Trump’s Twitter crosshairs, the Doggfather is back again with a blast from his gangbanging past in the visual for “Super Crip,” from 2016’s Coolaid.

The video opens with Snoop debating a computer generated mini-me dressed in the Long Beach classic flannel shirt, Dickies pants, and Chuck Taylor’s. After Snoop preaches the virtues of nonviolence to his miniature self, the pair hop into a comic book and take a ride into the past, riding the wave of Jus Blaze’s beat through the 1970s and ‘80s.

Snoop isn’t one to let haters discourage him, so you already know that Trump’s tweets didn’t stop the “Super Crip” video from touching on some political subject matter. As Snoop and Mini Snoop stomp through the comic world, the pages flip and panels show scenes of the Black Panthers, Richard Nixon, crack cocaine being delivered to Los Angeles by government officials and more imagery from gangbanging’s bleak beginnings.

The video isn’t nearly as politically charged as the visuals for “Lavender” and probably won’t garner as much attention from politicians, but for an audience used to the family friendly Snoop they see on TV cooking up dinner with Martha Stewart, the “Super Crip” version of America’s favorite rapper may come as a shock.

Always willing to show both sides, though, Snoop ends the video with the real life truce that the rapper helped broker between L.A.’s warring Bloods and Crips.

And if two videos in as many weeks seems like a lot for a rapper with a television show, multiple tours and an internet talk show, Snoop hasn’t shown any signs of slowing down. He even went on Instagram a couple days ago to give us a quick preview of his upcoming album, which you can expect in May.\