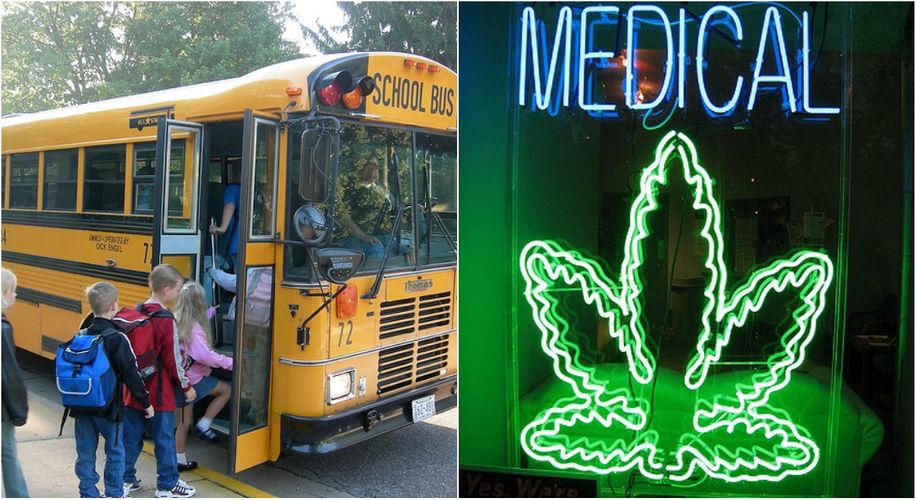 Under parental supervision, students would be able to consume medical marijuana to stop seizures.

Under parental supervision, students would be able to consume medical marijuana to stop seizures.

For children with epilepsy and other seizure inducing conditions, medical marijuana can be a lifesaver. Whether it means being able to sit through an entire class period, or in some cases just functioning in everyday life, there is no doubt that strains such as Charlotte’s Web and CBD oils are a huge help.

But for children around the country, even in states with legal medical or recreational cannabis, taking marijuana on school grounds has continued to cross the line of the law - until now.

A new bill making its way through legislature in Washington State would allow for medical consumption on school grounds. If it passes, HB 1060 would require  “...A school district to permit a student who meets certain requirements to consume marijuana for medical purposes on school grounds, aboard a school bus, or while attending a school-sponsored event."

It would also require "...The board of directors of a school district to adopt a policy that authorizes parents, guardians, and primary caregivers to administer marijuana to a student for medical purposes while the student is on school grounds, aboard a school bus, or attending a school-sponsored event.”

In layman's terms, that means that if a student meets state requirements, schools and their districts would no longer be able to make judgment calls about on campus medical marijuana use, and as long as a parent or guardian is available to administer the oil or edible, the child would be able to use their medicine at any time on school grounds or at a school function.

For some parents, HB 1060 can’t pass fast enough. "This would allow me to be with her in a private office without any of the staff being there," Washington parent John Barclay’s told K5 News about the prospect of helping his daughter get through the day without seizures. "I would just give her a cookie, and say 'have a good day."

For John’s daughter, River, the ability to take her CBD oil or edible during the school day would mean a world of difference. “She was brilliant in kindergarten, then seizures and (traditional) medication interfered with that," Barclay said.

HB 1060 has support from both sides of the political aisle. While the bill is still in limbo, it is expected to pass soon, making life a whole lot easier for kids like River and parents like John.