NEWS
4 Stories that Prove Medicinal Marijuana is Not a “Joke”
AD
The Chief of the DEA got it all wrong.
Published on February 19, 2016 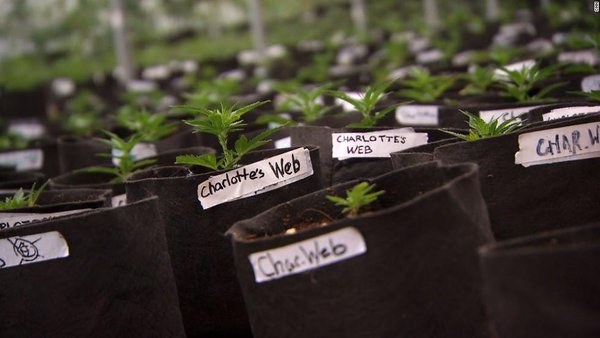 Last November, Chuck Rosenberg, the acting chief of the DEA, called medical marijuana a “joke", stating the plant is both "bad and dangerous". His remarks aren't all that surprising—after all, the DEA’s mandate is to continue the War on Drugs, an effort that has resulted in over 600,000 marijuana-related arrests in 2013 alone. This view of cannabis isn’t unique nor is it new, but we’re not the type to just ignore claims like these. So, Mr. Rosenberg, here are four stories that prove medical marijuana isn’t a joke at all.

One of the most popular medicinal marijuana success stories is that of Colorado’s Charlotte Figi. Starting when she was three months old, Charlotte began suffering from recurring seizures lasting anywhere from 30 minutes to two hours. At the age of two and a half, she was finally diagnosed with Dravet Syndrome, a form of intractable epilepsy—one that cannot be treated with medication.

Charlotte's mother decided to try treating her daughter with medical cannabis when she turned five. She was inspired after hearing a story about a boy in California whose seizures were reduced with the use of cannabis oil. After the first dose, Charlotte’s seizures stopped completely for an hour. Continual use gave her relief for up to seven days. The success of the treatment even lead to the renaming of the strain to Charlotte’s Web. Now, Charlotte only experiences seizures once or twice a month.

In a case that is similar to Charlottes, Kyla suffered from upwards of 200 seizures a day due to a strong case of childhood epilepsy. After trying countless medications to no avail, Kyla's family decided to try a natural remedy: medicinal marijuana. With regular use, cannabis oil helped rid Kyla of her seizures for three weeks at a time. Despite the fact that Kyla's parents were given the news that their newborn would not live a long life, with the help of cannabis, they'll be able to watch their daughter grow up with very few seizures.

Dakota Serna is a war veteran who went on his tour to Iraq right after high school. However, he was unable to return for his second tour due to a complication with a surgery and a strong case of post-traumatic stress disorder (PTSD). PTSD is a common mental illness suffered by those who have experienced some form of trauma in their life. After finding that prescription drugs only worsened his experience, Serna turned to treating his symptoms with cannabis exclusively. The plant, even when smoked, can cause relaxation and the reduction of anxiety and paranoia. It’s recommended by doctors and has been proven as an effective treatment, too. This was the case for Serna, whose life is now much more positive.

Rick Simpson is famously known for his tutorial on how to make a special, THC-rich oil that helped him self-treat his skin cancer. Simpson had already been consuming cannabis oil orally for a variety of ailments, but it wasn't until he was diagnosed with skin cancer that he recalled a radio headline he had once heard: THC could cure cancer in mice. This evidence inspired him to try it for himself. With three spots of skin cancer on his body, he applied his special cannabis oil topically to the affected areas. Within four days of treating himself, he claims the inflammation and signs of cancer were gone.

Chuck Rosenberg has nothing to stand on when it comes to his statement that medicinal marijuana is a “joke”. These four stories are just a handful that show how valuable this plant is and how vital future research is into the medical usefulness of cannabis. It’s time to reevaluate how individuals view cannabis because without the knowledge of its benefits, America will remain ignorant to the positive potential this plant really has.

MEDICINE
LEGALIZATION
FAMILY
CONCENTRATE
MORE...
MERRY JANE Staff
FOLLOW
MERRY JANE is based in Los Angeles, California and is dedicated to elevating the discussion around cannabis culture.
Share this article with your friends!
AD
MORE FROM MERRY JANE
By using our site you agree to our use of cookies to deliver a better experience.
Accept
Decline