CULTURE
What Are “Cross Joints” and How Do You Roll Them?
AD
In quarantine, we all have plenty of time to twist up crazy doobs. Now let’s learn how to make a marijuana masterpiece with this guide for rolling cross joints.
Published on April 2, 2020

When did you first learn about the majesty of cross joints?

For those familiar with this holy grail of grass consumption, the answer is quite likely to be the 2008 film Pineapple Express, a stoner action-comedy in which the two lead characters discuss and consume the fabled cross joint. While Saul (a pot dealer played by James Franco) gets credit for rolling all the joints in the script, in reality, it was Franco’s co-star who actually put his finger skills to use.

Yes, noted cannabis aficionado Seth Rogen is the man responsible for the cross joint’s debut in mainstream pop culture. Ironically, his character, Dale, is utterly mystified by the first cross joint he encounters. “You can SMOKE this?” he asks in shock, reflecting what could be said is a fairly universal response to see such marijuana elegance in the flesh. Dale is immediately given the good news: he can most certainly smoke that.

However, before we go over the steps required to construct and consume your own cross joint, here are a few details on what these complex contraptions actually are.

What Are “Cross Joints”?

Without wishing to invoke blasphemy, cross joints are essentially a crucifix of cannabis — at least from a physical standpoint. Technically speaking, a cross joint consists of a larger joint that has a second, smaller joint inserted horizontally through its middle. The name “cross joints” is thus because these architectural wonders of pot literally resemble crosses. If you prefer an agnostic descriptor, they also resemble a lower-case letter “t” (minus the bottom hook). Whatever shape you see, by lighting all three ends, one can create what Saul emphatically calls “a trifecta of joint-smoking power.”

The main trick to making your cross joint work involves a few carefully-placed sewing needle holes to ensure even air flow from three ignition points. Once those points (top and both sides) are burning, the fun begins. Despite their appeal, novice rollers may wish to start with something a bit more basic before tackling the cross joint.

For those who feel qualified (or just really love being frustrated), read on for a step-for-step guide on how to make this doobie dream come true. 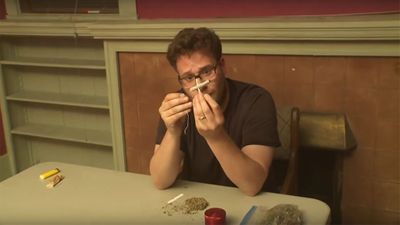 How Do You Roll a “Cross Joint”?

Seth Rogen has alway carried himself as a man of the people, so naturally, he made a video documenting the process of how to roll a cross joint in hopes of sharing this coveted knowledge with the wider world. Here’s what he suggests you do to successfully craft your own cross joint. 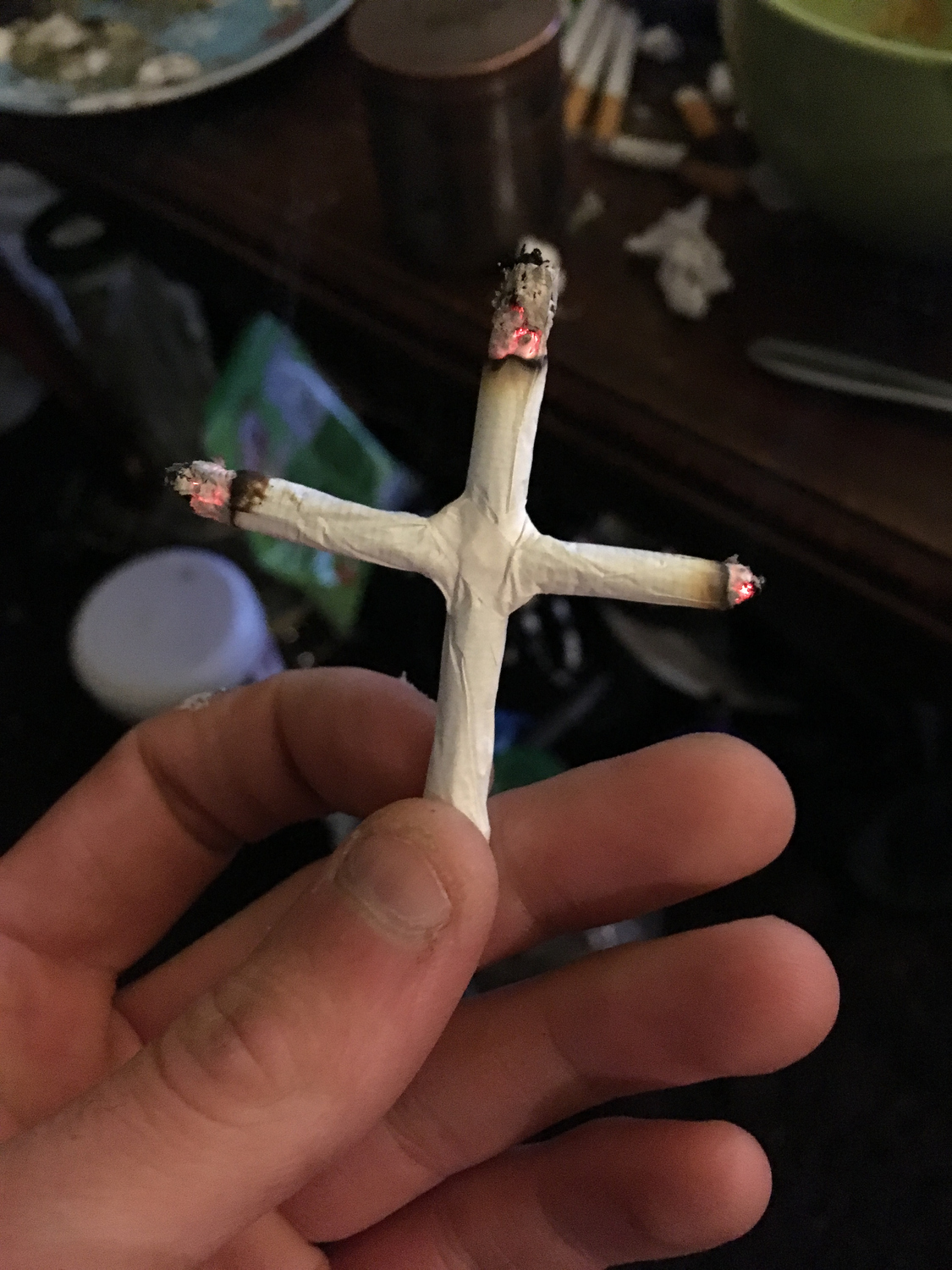 HOW TO
EDUCATION
HISTORY
CULTURE
MORE...
Zack Ruskin
FOLLOW
Zack Ruskin is a cannabis and culture journalist living in San Francisco. Follow him on Twitter: @zackruskin.
Share this article with your friends!
AD
By using our site you agree to our use of cookies to deliver a better experience.
Accept
Decline
MORE FROM MERRY JANE