CULTURE
The High Life of Weed Dude Vol. 31: Halloweed Dude Is ALIVE!
AD
Would it even be Halloween if there wasn't a Halloweed Dude? Just ask the bud banshees and ganja ghouls — they've already smoked with him!
Published on October 31, 2019

In volume #31 of our endo adventure — which, of course, is publishing on October 31 — Weed Dude takes a break from his ongoing fight to legalize weed in NYC. While on a solo smoke 'n stroll, our hemp hero gets spooked by some kids in costume because he forgot it's Halloween.

But there are real ganja ganja ghouls roaming the city streets, and Weed Dude soon gets shooketh by some bud banshees and sativa skeletons. How will he escape these stoned spirits? A smoke sesh, of course!

Would it even be Halloween if there wasn't a Halloweed Dude? 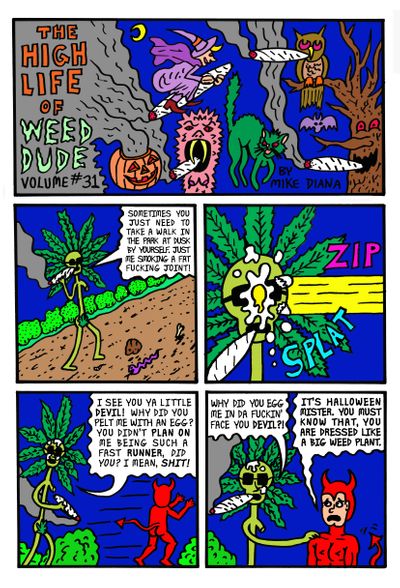 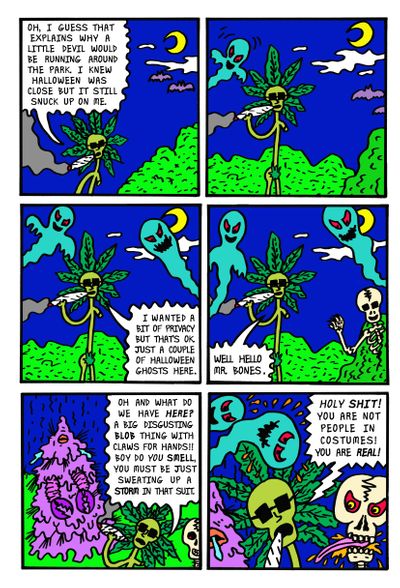 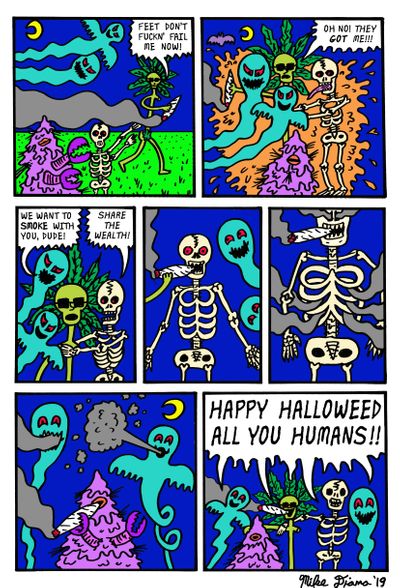 HUMOR
HALLOWEEN
ART
ILLUSTRATION
MORE...
Mike Diana
FOLLOW
Mike Diana is an underground cartoonist and cult hero whose been self-publishing work since the late ‘80s. He is the first person to receive a criminal conviction in the United States for artistic obscenity. Visit http://mikedianacomix.com/ for more of his art.
Share this article with your friends!
AD
By using our site you agree to our use of cookies to deliver a better experience.
Accept
Decline
MORE FROM MERRY JANE