In the previous installment of our series, the sex robot transformed herself into "Lady Justice" to moderate a legalization debate between Weed Dude's crew and the anti-pot politicians. Eventually, the prohibitionist were swallowed whole by the formerly-evil scientist (who is now a radioactive blob in favor of legalization — how about that?).

But there's a twist to this edition. Once the politicans are freed, it's clear that the radioactive goo from the scientist has fucked their bodies up. And when you're nauseous and sickly, what's the best cure for these symptoms? Medical marijuana, folks. 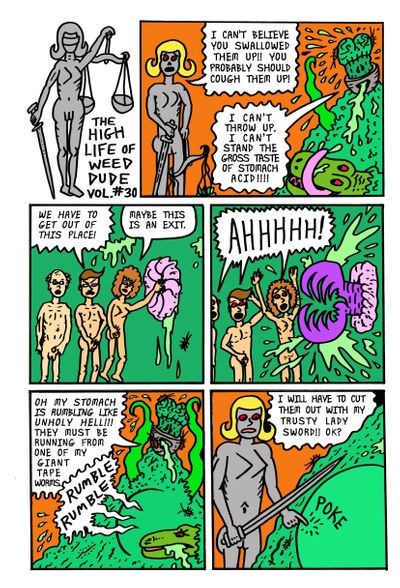 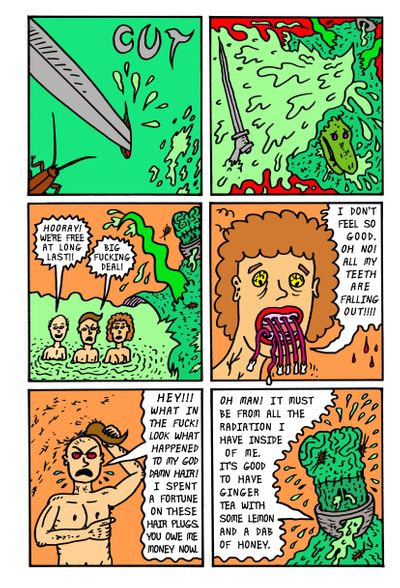 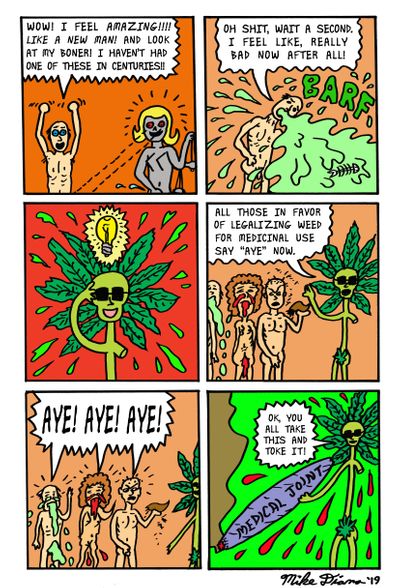 LEGALIZATION
HUMOR
ART
ILLUSTRATION
MORE...
Mike Diana
FOLLOW
Mike Diana is an underground cartoonist and cult hero whose been self-publishing work since the late ‘80s. He is the first person to receive a criminal conviction in the United States for artistic obscenity. Visit http://mikedianacomix.com/ for more of his art.
Share this article with your friends!
AD
By using our site you agree to our use of cookies to deliver a better experience.
Accept
Decline
MORE FROM MERRY JANE