CULTURE
The High Life of Weed Dude Vol. 22: NYC Fucked Up Legalization and Our Hero Is Mad
AD
"We could have been the next state to legalize marijuana! It just breaks my motherfucking heart!"
Published on May 30, 2019

In the 22nd (!) installment of our series, Weed Dude and his crew lament how New York botched its plan to legalize weed. Sure, that wouldn't be good for the budman's black market business — but Weed Dude isn't greedy. He just wants everyone to be as high as him!

As the THC tribe mulls over how to push drug reform in the Big Apple, something sinister is happening below the streets. The Evil Scientist is alive and he's evolving into something monstruous... something much worse than marijuana prohibition. 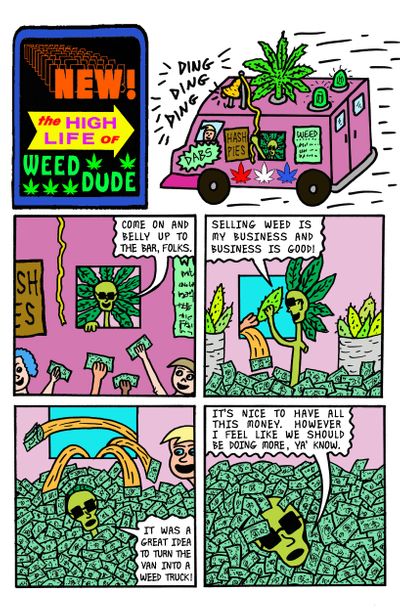 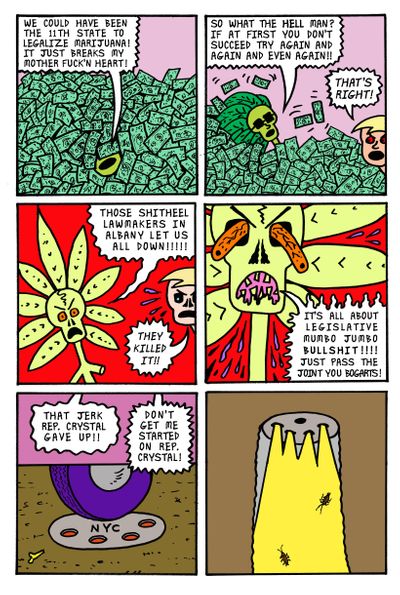 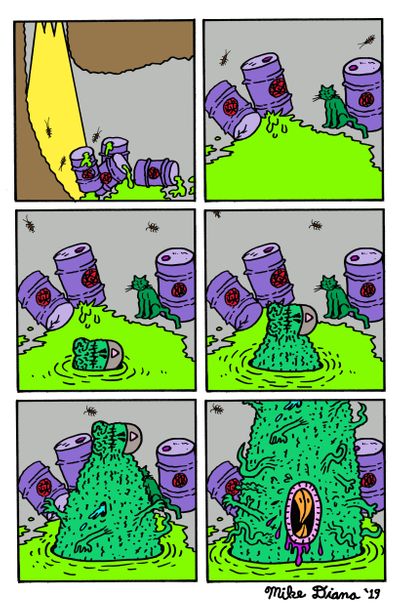 LEGALIZATION
HUMOR
VIRAL
ART
MORE...
Mike Diana
FOLLOW
Mike Diana is an underground cartoonist and cult hero whose been self-publishing work since the late ‘80s. He is the first person to receive a criminal conviction in the United States for artistic obscenity. Visit http://mikedianacomix.com/ for more of his art.
Share this article with your friends!
AD
By using our site you agree to our use of cookies to deliver a better experience.
Accept
Decline
MORE FROM MERRY JANE