CULTURE
So, What's the Deal with Mexico's Cannabis Legalization Delay?
AD
The cannabis situation in Mexico is extremely complicated thanks to political egos, the long-term impact of drug prohibition, and unprecedented decisions made by the Supreme Court. Grab a seat, and we’ll break it down for you.
Published on May 12, 2021

It was April 29th, the day before Mexico’s legislative session came to a close, and Senate leader Ricardo Monreal was explaining to reporters why, after so much hype, his peers had blown the fourth deadline granted to them by the Supreme Court to federally regulate cannabis.

“I’m convinced that we have to do it, and it’s part of a possible extraordinary session,” said Monreal, the head of President Andrés Manuel López Obrador’s (better known as “AMLO”) Morena Party senators, referring to the chance of a special session to address the issue after June’s legislative elections. “We’re already working on the modification to send the bill back to the Chamber of Deputies.”

After a complex, three-year legislative process, Monreal’s vagueness regarding the future of cannabis seemed like a slap in the face to many of the country’s advocates and consumers.

A month ago, Mexican marijuana legalization seemed like a done deal. The bill was approved by the Senate last November, but greatly modified by the Chamber of Deputies, causing senators to have to give the proposed legislation a final approval before sending it to the president. The legalization bill moved through two Senate committees. But then, Monreal said they would ask the high court for more time, meaning the bill would be halted until the next legislative sessions in September.

But, senators never officially asked for a deadline extension, or prórroga, which shows a pointed lack of concern for an issue in a country where cannabis users are extorted daily by law enforcement, despite the decriminalization of small-scale possession.

What the hell is going on, then? 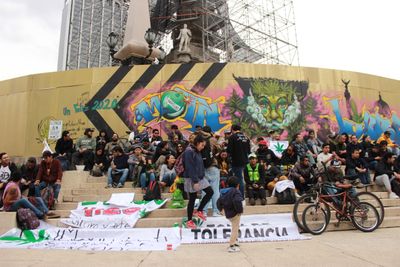 Societal Pressure Met with Political Inaction
The government’s lack of urgency does not square up with the pressing need to protect Mexican cannabis users’ rights or establish the infrastructure for the country’s legal industry. On April 20, thousands arrived in support of legalization at “Four Days of Tripping,” a cannabis protest festival hosted by Plantón 420, one of Mexico’s most renowned marijuana protest camps. Clouds of smoke from joints drifted up past the Mexican Senate, located directly behind the protest camp. The youth predominantly came to enjoy the marijuana consumption tolerance zone established by activists, while dub crews provided the soundtrack to a historic gathering focused on visibilizing the country's cannabis consumers.

The festival was impossible for government officials to miss. Plus, the event's name was a tongue-in-cheek reference to a Chamber of Deputies legislator who used her time at the podium during a legalization debate to raise alarm — and spread misinformation — about super-potent cannabis edibles, instantly turning herself into a stoner meme.

A lot of people in Mexico see the value of legalization. Even groups outside of Mexico have shown a marked interest in accelerating the legalization process. International business interests from the US, Canada, and beyond, have been salivating to get involved in the Mexican cannabis market, which is slated to be the largest legal region by population in the world.

But the bill’s progress through the government has stagnated, and the president and his party — which control both legislative houses — have nothing definitive to say on the matter.

“Something cannot be a business if it affects public health or if it can cause violence or loss of human lives," AMLO told reporters at an April 14th press conference. "We’re looking at all of that.”

And Monreal has only made vague references to convening an "extraordinary session" in June to see about cannabis legalization.

“The decision not to advance within the given timeframe this April 30th implies that the Congress failed to fulfill the Supreme Court’s mandate and leaves the door open to a probable general declaration of unconstitutionality,” said Patricia Mercado, long-time decriminalization advocate and Citizen’s Movement Party Senator, in a statement.

“I am still convinced that it is indispensable that we regulate the adult use of cannabis very soon,” she continued. “Yes, to guarantee the right to the free development of one’s personality, but also to do justice, to decisively take the road towards pacification and towards new alternatives for scientific research, productive projects, jobs, and tax contributions, all of them much needed in our country.” 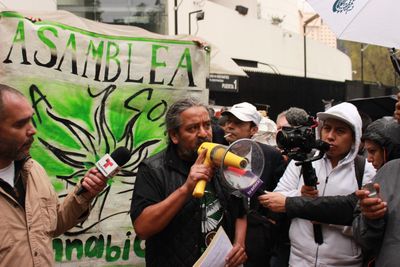 Polling Problems and Massive Egos
There seems to be little political will to push legalization through, likely because AMLO is socially conservative — he's shown troubling support of anti-drug evangelical campaigns and even blamed skyrocketing national murder rates on drug users — and has little motivation to regulate cannabis. He’s also concerned with keeping the support of the majority. A 2020 poll found that 60 percent of Mexicans are opposed to legalization, making its adoption a risky political move.

Another problem is that major political egos are at work. “There’s an issue of authorship,” says Amaya Ordorika, advocacy coordinator of ReverdeSer, a Mexican drug policy organization led by substance users. Ordorika is referring to the power battle that’s taken shape between the two legislative houses that will ultimately determine the outcome of cannabis legalization.

Discrepancies between the bill’s versions are proving to be a significant issue. The Chamber of Deputies made profound changes to the Senate-born bill, including eliminating the Institute of Cannabis Regulation and Control, the agency that would oversee legal cannabis in the country, placing control of the plant in the hands of the National Commission Against Addictions [CONAVIT] — a move that nominally categorizes all uses of marijuana as pathological.

The deputies’ bill also bans anyone convicted of a crime associated with drugs or organized crime from becoming a cannabis club member. In a country where the Supreme Court declared drug prohibition to be a violation of Mexicans’ constitutional rights, this last stipulation is a clear extension of state-driven injustice.

Perhaps the most troubling edit to the legalization bill is how deputies axed many of its social justice measures. The senators’ version originally required 40 percent of all cannabis business licenses to go to people from indigenous communities — who, in many ways, bear the brunt of the fallout of the War on Drugs — for the first five years. The deputies rewrote the section to guarantee that these communities would only be prioritized for the first three years — without detailing what such a “prioritization” might involve. 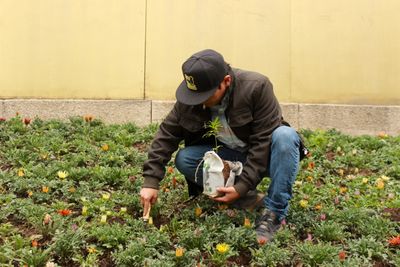 Legal Process Goes into “Unknown Territory”
Compounding the issue is confusion over the Supreme Court’s mandate that made cannabis prohibition unconstitutional, a legal process that's never happened before in Mexican history. Unconstitutionality can only happen on the order of a powerful judicial order in the Mexican legal system: Amparos, or injunctions, which are filed by individuals who feel a government agency is violating their rights.

Amparos rarely lead to a change in the law; five such resolutions in favor of individuals are required to establish jurisprudence, or a change in the legal system, at the Supreme Court level. (In the United States, comparatively, only one such case is required.) In 2018, the Supreme Court’s ruling that cannabis prohibition is unconstitutional — a mandate to the legislature to work out the fine points of regulation and officially legalize uses of the drug — happened on the heels of the fifth consumer amparo.

But the Supreme Court has rarely, if ever, used the amparo system to demand the removal of a long-standing law. So, declaring cannabis prohibition unconstitutional is specifically what's unprecedented in the context of Mexico's legalization process. And now, with the legislature’s extreme delay in obeying the court’s mandate, justices may be unsure what the court’s options are for pushing through legalization.

“Since this is something very new in our system, I don’t know what would be the consequences of a complete failure [to regulate cannabis],” says Dr. Kira Ciófalo Lagos, a full-time law professor at the Universidad de las Américas, who describes the situation as “unknown territory” for the high court.

Ciófalo explains there are two likely pathways for progress. One is that the high court may get tired of legislators dragging their knuckles on creating and pushing through legislation, and thus, declare the current cannabis ban unconstitutional — a prospect that could involve axing the existing law without creating new regulations to take its place. Monreal previously predicted that such a move by Mexico's Supreme Court would cause “chaos.” The second is that justices may take advantage of new laws that allow public officials to be significantly fined should they interfere or take too long to process the results of an amparo.

Some activists believe that the court declaring pot prohibition as unconstitutional is the answer. "I'm asking that there be no more prórrogas in the sense that, enough, declare it unconstitutional, so that [cannabis] can be like epazote, arugula, or other plants,” said cannabis advocate Karina Malpica at a Mexico City 4/20 event. “I think that's how the rights of all consumers can be respected."

Those measures seem unlikely to some, given AMLO’s recent judicial reforms that consolidated his control over the court. “It's hard to tell now with the new justices coming from Morena, how loyal they're going to be to whatever political projects Morena decides to implement,” Stone says, “especially before the summer elections.”

The uncertainty has left leaders in the legalization movement rather desperate — and ready to accept the passage of any legalization bill, regardless of its drawbacks.

“Every time they alter this bill, it gets worse,” says drug policy expert Zara Snapp, who like many advocates, is in favor of a speedy passage of the current version of the legislation rather than an interminable wait for a perfect law that may never take shape.

NEWS
POLITICS
MEXICO
GLOBAL CANNABIS
MORE...
Caitlin Donohue
FOLLOW
Caitlin Donohue is a Bay Area-raised, Mexico City-based cannabis writer and author of She Represents: 44 Women Who Are Changing Politics and the World. Her weekly show Crónica on Radio Nopal explores Mexican marijuana culture and politics in the prohibition era. Follow Caitlin on IG @byrdwatch.
Share this article with your friends!
AD
By using our site you agree to our use of cookies to deliver a better experience.
Accept
Decline
MORE FROM MERRY JANE