CULTURE
Return of the Canna-King: Champelli Is Back in the Weed Game After 20-Year Hiatus
AD
In the ‘90s, Champelli’s weed was so good that rappers from around the country regularly name-dropped him in lyrics. Well, the pot legend is back, and he’s hustling to bring his infamous bud to the legal, regulated market.
Published on January 15, 2020

All photos courtesy of Champelli

Before Berner created a multi-million-dollar empire with Cookies, even before Sherbinskis basked in rappers’ praises for Sherbert and Gelato, Champelli was the first hit strain to blow up the weed mecca of San Francisco's Bay Area and rock the West Coast hip-hop scene.

If you're unfamiliar with Champelli — the man or the weed strain — you've likely still heard either mentioned in rap tracks from the late ‘90s. Champelli and his famous bud has been name-dropped by Memphis Bleek, Mac Dre, Beanie Sigel, fellow weed entrepreneur Berner, and even the one and only Snoop Dogg.

“I am the brand and the strain at the same time,” Champelli, whose legal name is Joseph Rutherford, told MERRY JANE during a phone call. “I was basically the guy who always had [the] Champelli [strain], so the streets nicknamed me Champelli. Here I am, this white kid with a couple of pit bulls, with a grow room in the middle of the ghetto, growing this total chronic weed. And nobody suspected that I was growing.”

What made the Champelli flower so iconic? “It’s a full-bodied strain,” Champelli said. “You can keep smoking it and keep getting high. If you smoked it in a room, everyone would ask, ‘What the hell is that?’ It had the craziest smell — like Nag Champa, it’d just hang in the room forever.”

“The buds have a golden hue to them, and they’re super resinous,” he added. “It’s an inspiring high. You’d smoke it, and you’d get creative, and it’d give you energy. You’d wanna keep smoking it. People never got tired of it.”

He mentioned that customers who had “ten pounds of some other strain in their closet, they’d still come to me to pick up an ounce of Champelli. It was Mac Dre’s favorite weed. Snoop Dogg rapped about it. From Southern California all the way to the East Coast, it created a wave.”

Champelli even sold cannabis to the legendary medical marijuana activist Dennis Peron before the late, great advocate opened his historic dispensary on Market and Church.

This week, Champelli and his team are dropping a new video highlighting his legacy and some behind-the-scenes smoke seshes from the past, and they’re dropping some new merch, too. But to understand how Champelli the man, and the weed, catapulted to hit status, let’s start from the beginning. Champelli was born in Spain but raised in the San Francisco Bay Area during the early ‘70s when he was three-years-old. While living with his mom, he began growing cannabis in her kitchen cupboards at around age 12. The cabinets featured skylights, so he could grow his plants entirely under the sun. When he needed to hide his plants, he took the advice of an old hippie family friend, and moved them into his parent's dark basement, essentially forcing his weed into light-and-dark cycles, or light-deprivation, long before the technique became a traditional-market (and now regulated-market) standard.

“In a sense, I was pioneering that,” he said about light-deprivation, “even though I didn’t know what it was.”

During his teenage years in the ‘80s, Champelli ran with punks, skaters, graffiti artists, break dancers, and some of the Bay Area's first rappers. While he hustled baggies from the same backpack he took to high school, he also got into music production, starting with mixtape compilations. By the ‘90s, he was creating beats for Mac Dre, San Quinn, and Bad Azz, and he says he’s still sitting on some unreleased tracks from these artists. In recent memory, he’s cranked out bangers with his production partner Cozmo for the likes of Wiz Khalifa, Gucci Mane, Young Dolph, and B-Real of Cypress Hill. He’s directing music videos for California-based artists these days, too.

But why has Champelli taken so long to bring back his namesake strain? For nearly a decade, he was on the run from the cops. Around 2001, an attorney tipped off Champelli that his name wasn’t just making the rounds in hip-hop circles anymore. As he gained fame, he became a household name among law enforcement, too. Someone had snitched him out to the authorities, and they wanted to question him regarding “conspiracy to distribute marijuana” charges. At his friend’s advice, Champelli sold everything he owned, high-tailed it out of the US, and skipped to Europe for a few years.

After his stint in the Old World, Champelli flew to Mexico, where he lived for a few more years. He eventually returned to the US about ten years ago, where he was immediately arrested. After wrangling with the courts, he served a 6-month prison sentence, then returned to music production. And he kept his hands out of the weed game to avoid further troubles — until now. 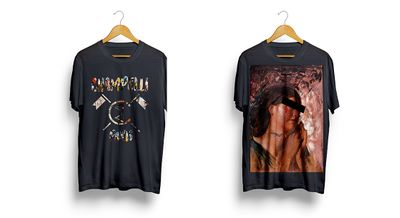 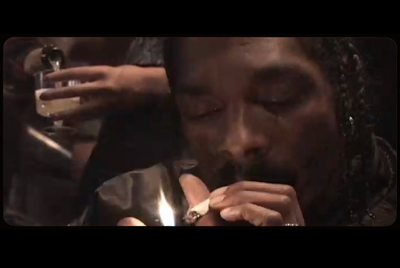 Snoop smoking some Champelli in the late '90s

When Champelli left the US in 2001, his iconic strain vanished from the streets. Imitations popped up, but, as he noted, people said those copycats lacked the potency, flavor, aroma, and visual appeal of the real Champelli. He said he kept seeds from not only the original Champelli, but also other original strains, which he plans to reintroduce to a burgeoning legal market in the near future.

“With all of these old genetics that I have, I’m hoping to bring those back and turn the game on its head,” Champelli said. “The diversity of strains has gotten lost, and now everybody’s just clones and does the same thing.”

“In the past, nobody had the foresight to save some of the Afghan Kushes,” Thai, and other landrace and heirloom strains, he continued. “Nobody thought that these strains could disappear. So, I’m trying to conserve these old genetics. A lot of old strains got lost.”

Today, Champelli plans on turning his previous street brand into a new, licensed one. And he said his upcoming company’s flagship strain will be none other than Champelli itself. Stay tuned to MERRY JANE for updates on Champelli’s launch. And avoid imitations while you stay patient for the heady real deal! 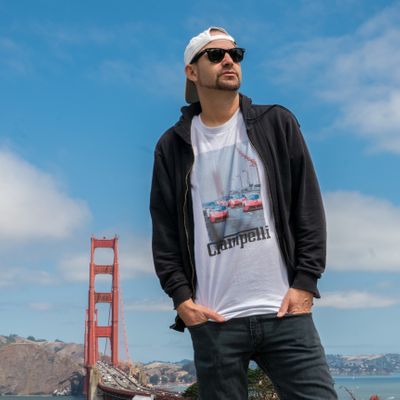 INTERVIEW
HISTORY
HIP-HOP
FLOWER
MORE...
Randy Robinson
FOLLOW
Based in Denver, Randy studied cannabinoid science while getting a degree in molecular biology at the University of Colorado. When not writing about cannabis, science, politics, or LGBT issues, they can be found exploring nature somewhere in the Rocky Mountains. Catch Randy on Twitter and Instagram @randieseljay
Share this article with your friends!
AD
By using our site you agree to our use of cookies to deliver a better experience.
Accept
Decline
MORE FROM MERRY JANE