CULTURE
How to Roll a Backwoods Blunt Like a Pro
AD
Rolling a perfect Backwoods blunt may be the best way to flex your OG toker chops. How do you twist one up right, and what makes them different from regular ol’ blunts?
Published on August 21, 2019

Backwoods Smokes made its debut in the late ‘70s, shortly after federal law banned cigarette ads on TV. Since TV was the dominant medium back then, tobacco farms feared they’d go bankrupt without some legal avenue into television advertising.

To get around the new law, Backwoods Smokes hit the shelves as the “tiny-cigar,” or cigarillo — an alternative to cigarettes. And they were heavily marketed as a tobacco product for a man’s man: Where Marlboro cigarettes appealed to Americans’ cowboy sensibilities, the Backwoods cigar appealed to the nation’s outdoorsman, the kind of macho bro who chops down trees with a three-foot axe and cooks catfish on hot coals. (Remember, it was the ‘70s…)

Unlike most mass-produced cigars, Backwoods aren’t wrapped in flat sheets of paper made from tobacco pulp. Rather, they’re made with raw tobacco leaves free of additives.

Besides all that rugged machismo, being talented enough to roll a tight, perfect Backwoods blunt is a badge of heady honor in the weed community. (Backwoods are so legendary, there’s even a secondary market for discontinued or “rare” flavors.) That’s because alongside twisting a blunt in its most au naturale form, Backwoods wraps require a ton more skill and attention than the typical convenience store blunt wrap. So, if you want to flex your OG stoner chops, crafting a Backwoods blunt is the way to go. 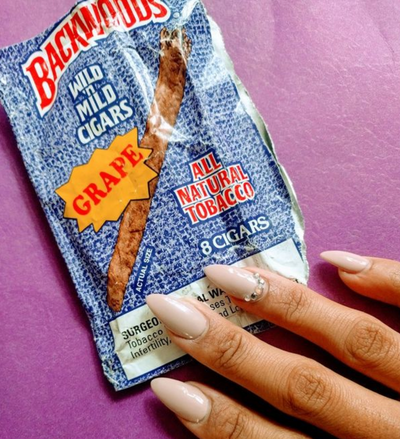 How to Roll a Backwoods Blunt

This guide assumes you’ve rolled a blunt before using either a prepackaged blunt wrap or a typical paper-y wrap cut from a conventional cigar. If so, keep in mind that you won’t be working with cigar paper here; you’ll be working with raw tobacco leaves, which are much more fragile than tobacco paper.

Some Alternatives to Licking the Paper

A few of the above steps mention licking or moistening the Backwoods wrap. Since some folks find human spit to be unsanitary, there are other options to moisten the wrap without using your gross slobber.

You can replace your tongue with an envelope or stamp moistener. These are usually tiny plastic bottles with a small sponge affixed to one end. After filling the bottle with some water, just press the sponge down on the wrap to get it moist. Don’t overdo it, though, or you’ll end up with a soggy mess and waste perfectly good tobacco. 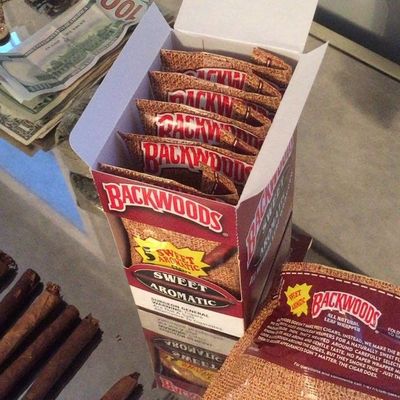 Alternatively, if you live in a naturally humid climate (think: tropical), you may not need to do any licking or moistening at all. The Backwoods wrap will soak up the ambient moisture from the air, and so it should remain flexible and pliable without any licking required.

If an envelope moistener or tongue isn’t available, you can always create an extra-humid environment by twisting the Backwoods blunt in a steamy room, such as a bathroom with a hot shower running.

Regardless of how you go about keeping the Backwoods wrap together so you don’t end up with a crumbly blunt, remember to baby the Backwoods leaf from start to finish, and respect the process by only filling that blunt with the highest quality weed. And always feel free to add some shatter or hashish for a truly knock-out sesh.

HOW TO
CULTURE
TOBACCO
CANNABIS CONSUMPTION
MORE...
Randy Robinson
FOLLOW
Based in Denver, Randy studied cannabinoid science while getting a degree in molecular biology at the University of Colorado. When not writing about cannabis, science, politics, or LGBT issues, they can be found exploring nature somewhere in the Rocky Mountains. Catch Randy on Twitter and Instagram @randieseljay
Share this article with your friends!
AD
By using our site you agree to our use of cookies to deliver a better experience.
Accept
Decline
MORE FROM MERRY JANE