CULTURE
How Can You Tell the Difference Between Fake Acid and Real LSD?
AD
Of all the drugs sold on the streets, LSD may be the easiest one to fake. Is there a way to spot the real stuff from the counterfeits, or are we essentially gambling each time we take a tab?
Published on February 14, 2020

Maybe you’re at a party and someone just offered you some acid tabs on colorful, cartoony blotter paper. Or maybe you hit up a rave, and your friend — a genuinely crazy fuck — took up a dare to drop some dose directly into his eye. How do you know if the stuff that you or your ocularly-challenged friend are about to take is real LSD... or fake acid?

Well, my curious psychonaut, here’s the short and quick answer: You don’t. And unless you’ve tried real LSD before, you won’t know until you drop it under your tongue. In which case, if it’s fake, dangerous garbage like N-bomb, otherwise known as 25i-NBOMe, well... it’s too late.

There are only three tried-and-true ways to know if what you got is actually LSD, or d-lysergic acid diethylamide. The first way is you need an analytical chemistry instrument, like an HLPC, which on the low-end will run you about $20,000 — and will also require a chemistry degree in order to properly operate the damn thing.

The second way is by being good buddies with the street chemist who’s making the illicit LSD in some clandestine lab. Of course, you’ll need to trust this street chemist to (1) know what they’re doing and (2) to be upfront with you about what they’re making. And let’s be honest here — the chances of all of these things happening for 99.99 percent of folks is about 0 percent.

The third way to ensure you’re getting real LSD is by qualifying for an experimental psychedelic-assisted therapy study. Then — and only then — will you get bonafide, pharmaceutical-grade LSD with no fillers, frills, cuts, or other BS. But, you won’t be taking any of that pure stuff with you. For now, patients can only get their dose at a clinic, where they’re required to stay overnight until it wears off. Those Ways Suck. How Can I Check If My Street-Bought Stuff Is Real?

Like noted above, there’s no way to truly verify if your illicit acid is the real deal. And, while there are some methods for getting clues, keep in mind that LSD is a Schedule I controlled substance in the US, and you risk your freedom, sanity, and your life if you play around with back-alley acid. MERRY JANE isn’t encouraging you to try any of these methods. We’re only providing info for educational purposes, to illustrate how unreliable testing acid for yourself actually is. 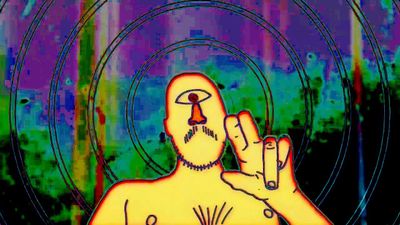 Real LSD Has No Flavor

The quickest way to know if you’ve dosed fake acid is if there’s a bitter, sweet, tart, or any taste at all. Real LSD has no flavor. It doesn’t smell like anything, either.

So, if you’re tasting something that resembles battery acid or industrial cleaner, you’ve likely got some “research chemical” or toxic counterfeit like N-bomb. But since most of these lame LSD copycats absorb through the skin and mucous membranes just like acid does, if you can taste that it’s fake — it’s too late. The drugs are already on their way through your bloodstream and to your brain. Oops. Good luck with that!

Companies like DanceSafe.org take a harm-reduction approach to drug use. They know that people will always find ways to get high, so instead of scaring partiers away from getting fucked up, they offer testing kits to help people identify fake stuff so they don’t do something stupid, like overdose and kill themselves. (And note that, in some places, it’s illegal to even have a testing kit like this, so if you’re going to mail-order one, check your local laws first.)

These testing kits are only somewhat helpful, as they rely on color-changing reagents. For instance, if you put a drop of their testing solution on your blotter paper, it may turn purple in the presence of real LSD. There’s only one problem with color-changing reagents: They can’t actually tell you if you’ve got the drug you’re looking for. They can only tell you if you have something that could be that drug.

Without going over a full semester of forensic chemistry, just know that chemicals give off certain colors because of how they reflect light down at the molecular level. When you add a color-changing reagent, all it’s telling you is that what you’ve got has a similar molecular shape as LSD. That does mean, yes, totally bunk BS will give off the wrong color, so at the very least, these tests can eliminate crap like N-bomb. But they will never, ever confirm if you’ve got real LSD (or MDMA, etc.). 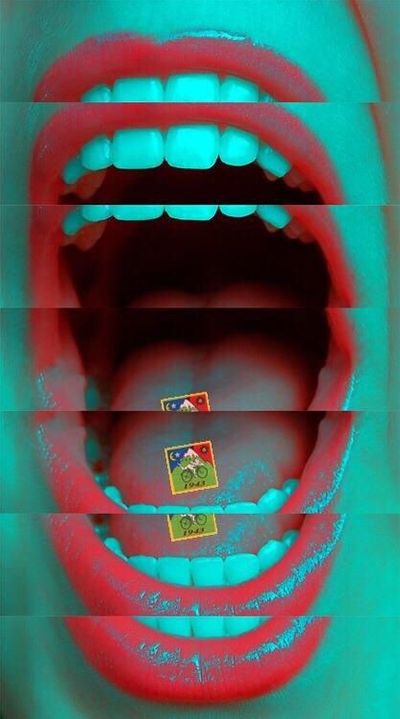 Have an OG Be a Guinea Pig

This isn’t the most scientific test, but if you’ve got a buddy who swears they’ve done real LSD before, give them a sample of your stash and see what they say. Unfortunately, given all the fake acid out there (and all the wannabe OGs who may think they’ve done real LSD but never actually have), someone’s personal account may not be entirely reliable. But hey, if they freak the fuck out or croak after sampling it, at least you’ll know you probably shouldn’t touch it, either.

So, there you have it. If you’re going to drop a dose of some mystery psychedelic willy-nilly, you’re taking a risk not just with your freedom, but with your brain and body, as well. It’s probably best to just keep fighting at the legislative level until LSD and similar compounds become legally accessible, regulated, and regularly lab-tested before any of you go frying your brains on some shit a crooked hustler cooked up in his garage.

DRUGS
PSYCHEDELICS
TIPS
INFORMATIVE
MORE...
Randy Robinson
FOLLOW
Based in Denver, Randy studied cannabinoid science while getting a degree in molecular biology at the University of Colorado. When not writing about cannabis, science, politics, or LGBT issues, they can be found exploring nature somewhere in the Rocky Mountains. Catch Randy on Twitter and Instagram @randieseljay
Share this article with your friends!
AD
By using our site you agree to our use of cookies to deliver a better experience.
Accept
Decline
MORE FROM MERRY JANE