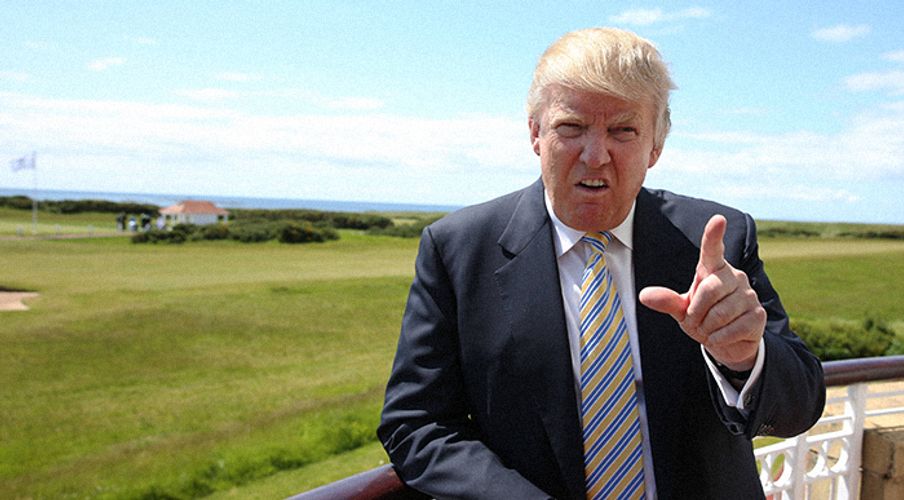 Just How Fascist Is the Trump Presidency?

If the jackboot fits, wear it.

If the jackboot fits, wear it.

Hanging in the U.S. Holocaust Museum is a poster with the heading “Early Warning Signs of Fascism.” The Twitter account for the “Alternative” Department of Justice posted it yesterday with no caption—and none was needed, because the list speaks for itself as Donald Trump sends his flurry of executive orders from inbox to outbox. The warning signs are as follows:

This first piece of the puzzle has been the core strategy for Donald and his Trumpanzees since he launched his primary candidacy. “America First,” the phrase often regurgitated by the #MAGA crowd is nothing more than plagiarism of Charles Lindberg’s Nazi-sympathizing right-wing party in the late 1930s. Trump’s ability to tap into this nationalism is what made so many Americans vote against their interests and for crony capitalism.

From his promises to waterboard “and more” those suspected of terrorism, to the fact that in airports all over the country there are people waiting to be sent back to their deaths rather than be granted asylum, to the fact that his first drone raid killed an 8-year-old American girl, the Don is off to a good start on this front, too.

Identification of Enemies as a Unifying Cause

This is the infamous scapegoating strategy that has led to authoritarian massacres from Poland, to Rwanda, to Argentina. For Trump, Islam is the easy target, and his Muslim Ban is a prime example of how the Orange Bandit’s version of scapegoating is no different from any other. Covering countries like Libya and Syria but omitting countries like Saudi Arabia and any others where Trump does business, hatred of Islam has become a unifying cause among Trump supporters to the point that when it’s used as wool and pulled over their eyes, they don’t even care.

Supremacy of the Military

The hiring of “Mad Dog” Mattis brought with it the promise of incredible spending boosts to the military, already by far the biggest slice of government spending. Some would argue this is the piece of fascism we were already working with before Trump.

“Grab ’em by the pussy.” Settlement with 13-year-old rape accuser weeks before election. Determination to legislate women back into the kitchen and strip them of family planning services. Talks about how he’d date his daughter. I could go on, but I just ate.

Well, he’s certainly doing his best to undermine the free press, but a look at Fox News this week was telling. When a blonde and blue-eyed ultranationalist Trumpkin in Quebec shot up a mosque, the “fair and balanced” network immediately reported the shooter—of a mosque—was an ISIS-affiliated Muslim.

A fucking 5-year-old was detained under Trump’s muslim ban and a 19-year-old American citizen of Lebanese descent was asked at JFK airport whether he “loved his country.”

The least Christian president we’ve ever had, an empathy-devoid multi-millionaire, is nonetheless planning executive orders based on the book of Leviticus rather than the rule of U.S. law.

Trump’s cabinet is the most rich, most capitalistic in our history. They include fighters against minimum wage, for-profit school champions, and more investment bankers than might be expected from someone looking to “drain the swamp.”

Disdain for Intellectuals and the Arts

The ease with which Trump lies is an affront to the very idea of knowledge. His press secretary, Sean Spicer, is the worst culprit here—were I so spineless I would welcome death in whatever form it took to be free of the shame.

Obsession With Crime and Punishment

Threatening to send the national guard into Chicago to stop the “carnage” should do nicely here.

A chart of his conflicts of interest—including an alleged deal for 19.5 percent of Russia’s state-owned oil company, reported Monday—would be more in-depth than the character chart of Infinite Jest.

I know, comments section, Hillary had emails. But Donald Trump asked Russia to hack our election. Then it did. Then he won.