CULTURE
A Message to California Cities That Banned Cannabis: You Have Nothing to Lose
AD
Under state law, individual California cities and counties can choose to ban the sales of recreational cannabis. But why would they opt-out, when they have everything to gain and nothing to lose by embracing the legal industry?
Published on April 30, 2020

To the cities, towns, and counties in California that have "opted out" of legal cannabis sales and banned recreational retail stores: First and foremost, no one wants to take away your right of local control, guaranteed by both the Adult Use of Marijuana Act (AUMA aka Proposition 64) and the Constitution of California.

The purpose of this missive is to make a logical presentation for the many advantages of opening your jurisdictions to legal cannabis and to the several disadvantages to maintaining a prohibition of legal cannabis.

We also do not wish to discount some people’s religious or moral objections to cannabis. In Genesis, God gives Adam and Eve the use of all seed-bearing plants. This surely includes cannabis. The seeds are a valuable source of food, containing vitamins, minerals, and all the essential fatty acids. And the stalks are a valuable source of fiber and building materials, to name just a few uses of the plant. These uses are so important it is unlikely that God would forbid the use of this plant, which is incredibly beneficial to humankind.

Second, there has never been a documented death caused by a cannabis overdose. Compare that to the hundreds of thousands of deaths caused annually by alcohol abuse and tobacco abuse, which are obtainable everywhere.

Third, many traditional medical practices incorporate medicinal cannabis into their treatment protocols and have done so for thousands of years, particularly in Indian Ayurvedic medicine and in ancient Chinese therapeutic formulations.

Western allopathic medicine also had cannabis in its pharmacopeia until prohibition started in the US in the late 1930s. Now, there are new medical uses of cannabis being discovered every day, and thousands of patients find relief from ailments that no other medicine offers. Particularly regarding the opioid epidemic, cannabis can reduce dependence on opioids and even replace them with non-addictive pain relief.

Finally, if you separate the political hyperbole, the two main objections to cannabis legalization have been thoroughly debunked by careful scientific investigations. There is no evidence that “pot” smoking leads to the use of “harder drugs.” Indeed, teenage cigarette smoking or alcohol consumption are equally accurate predictors of later drug use. Most youths obtain these substances at home from the liquor cabinet or the medicine chest because their parents use them.

Similarly, while there can be a weak association between cannabis smoking and the development of schizophrenia, it is not clear if cannabis triggers schizophrenic symptoms or if living with schizophrenia leads to cannabis use. That is, it is quite likely that people who already have mental health problems seek out cannabis for relief. Additionally, youth cigarette and alcohol use are also associated with later mental problems, but again, it is not clear if mental disorders usually precede substance abuse or if substance abuse leads to mental disorders. 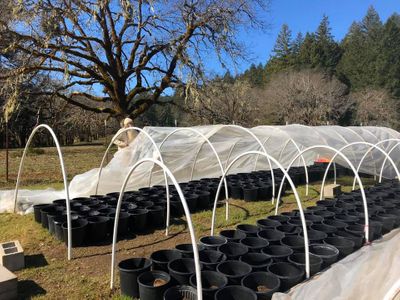 Now, let’s look at the benefits of creating a legal cannabis market.

Cannabis businesses create jobs, both directly and indirectly. Local employees spend their earnings locally, and they pay sales and property taxes. In the current uncertain economic situation, cannabis has been deemed an essential business in several states. Hence, most cannabis companies are currently open for business, and spring planting has begun on the farms.

Local cannabis cultivators bring great benefits to their cities and counties. Besides the permit fees and the direct taxes on cannabis, farmers hire workers, pay property tax, and pay sales tax when they buy tools, fertilizers, equipment, vehicles, food, and clothing in their local shopping areas. They hire local professionals and contractors. They build new facilities at their farms and raise property values by obtaining cultivation permits and water rights. They comply with zoning and building codes and with the regulations of the Water Boards and the Department of Fish and Wildlife. This protects the environment.

Local manufacturers of cannabis products hire local people, rent or buy local properties, and pay local taxes. They source their raw materials in the county, buy equipment locally, and hire local  professionals and contractors. And when they upgrade their facilities to meet code requirements and pollution standards, it adds to the tax base.

Local distributors and dispensaries do the same, hiring locally and buying from local growers and manufacturers. Along with manufacturers, distributors and retailers can bring life to neglected commercial and industrial zones of cities and counties, stimulating the economy, while also enabling these governments to enforce zoning and building codes. 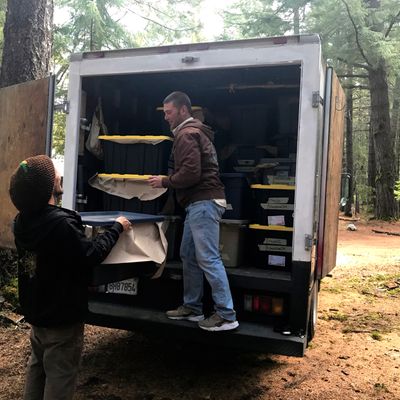 Local retailers supply the needs of local patients and recreational users, who thus do not need to leave the county or call for an outside delivery service. This brings savings to the consumer and tax revenues to the county.

Then, we must also consider all the ancillary businesses which serve and supply cannabis entrepreneurs with materials, machinery, and equipment, from vehicles and irrigation systems to construction supplies.

The biggest irony of prohibiting legal cannabis businesses in California cities and counties is that the illicit market has been given new life and is thriving, exactly what the passage of Prop. 64 was supposed to prevent. You can be sure that cannabis consumers in jurisdictions where it is not legally available are very clever at finding alternative sources for their medical and recreational needs, especially during the current COVID-19 shelter-in-place rules.

Allowing local cannabis retailers improves public health, too. The recent spate of medical problems from vape pens, with one or two exceptions, all came from underground and counterfeit products sold by illegal vendors. Legal cannabis dispensaries protect residents by providing them with safe, tested cannabis products from reputable companies, diverting customers from the risks of the illegal market and back to a regulated market. 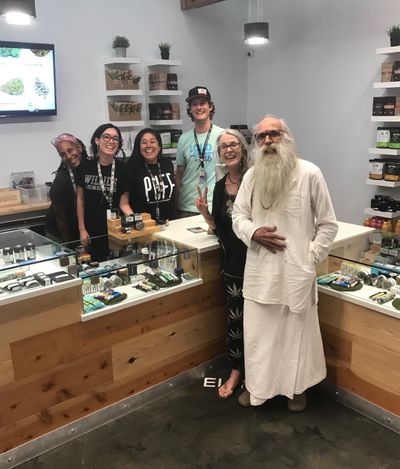 By not allowing legal cannabis in their jurisdictions, many cities and counties have turned the market over to the illegal players, putting their citizens at risk with untested products. These governments also collect no taxes or permit fees from unlicensed sales, and regulators can’t enforce building codes or zoning ordinances on underground cannabis cultivations that aren't registered with the state.

Recent surveys on cannabis issues in states that have legalized cannabis indicate that alcohol and cigarette sales are down. Teen use of cannabis has fallen or stayed the same. Legalizing cannabis reduces violent crime and domestic violence while increasing tax income. What’s not to like about legal cannabis? 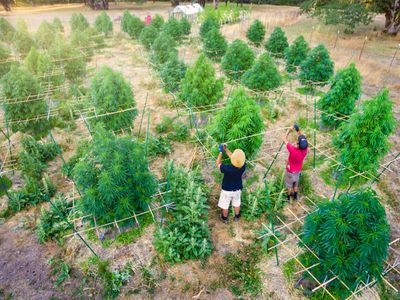 Let’s face it, if any other business were to open in a new city, like Amazon or Costco or a brewery, and this business promised to hire hundreds of local workers, construct new buildings or improve existing properties, bring foot traffic to commercial districts, and bring in millions of dollars in taxable revenue, local authorities would be offering tax discounts and zoning variances while falling all over themselves to secure that business for their municipality. But because it is cannabis, old prejudices seem to prevail over common sense and the commonwealth.

Legalizing cannabis is the single best thing local jurisdictions can do for their citizens and for their bottom line. And if a city or town already resides in a state with legal cannabis, then all it has to do to benefit from this new industry is simply "opt-in."

LEGALIZATION
CALIFORNIA
CRIME
INDUSTRY
MORE...
Nikki and Swami
FOLLOW
Known as "The Cannabis Couple," Nikki Lastreto and Swami Chaitanya have been proudly promoting cannabis use for decades. As cannabis cultivators in Mendocino County, the heart of the legendary "Emerald Triangle" region, Nikki and Swami are behind the brand Swami Select, producing taste and pure flowers grown in full sun with organic methods, plus that extra little Swami touch.
Share this article with your friends!
AD
By using our site you agree to our use of cookies to deliver a better experience.
Accept
Decline
MORE FROM MERRY JANE