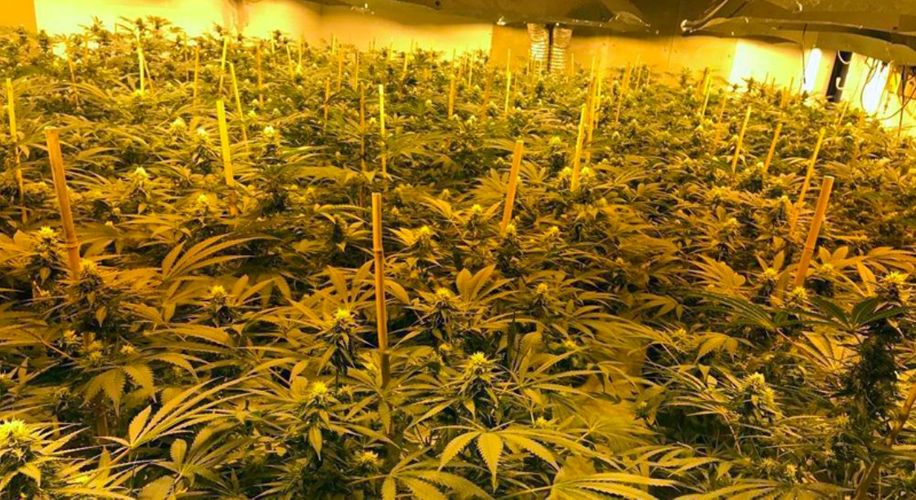 While one GOP senator worries about nuclear bombs coming into the U.S. disguised as marijuana, cops in the U.K. had their hands full with their own explosive cannabis situation, when they discovered a million dollar grow operation in a Soviet-era nuclear bomb shelter.

According to the BBC, police officers in Wiltshire, England were quite shocked to discover the massive grow operation right underneath their feet. The bunker was built in 1985 to protect government officials from possible nuclear attacks, but was decommissioned in 1992 and then sold to the highest bidder in ‘97.

That bidder was apparently more worried about recreation than radiation, as police found thousands of marijuana plants in the cavernous bomb shelter.

"There are approximately 20 rooms in the building, split over two floors, each 200ft long and 70ft wide," Detective Inspector Paul Franklin told reporters.

And because the shelter’s nuclear blast doors are still in working condition, the cops were forced to wait until the suspects emerged from their underground hideout before they could find a way in. After apprehending three suspects, officers took the bunker keys and let themselves in.

The bust resulted in the arrest of five adults and one teenager, all on suspicion of cannabis production. Detective Inspector Franklin told reporters that he expects the bust to be one of the country’s largest ever, and that the bunker showed evidence of countless previous harvests.

So if you’re in the U.K. and you were waiting on that Nuclear Kush to finally hit the market, you might be out of luck, but hey, at least there’ll be one more useable bomb shelter in England.