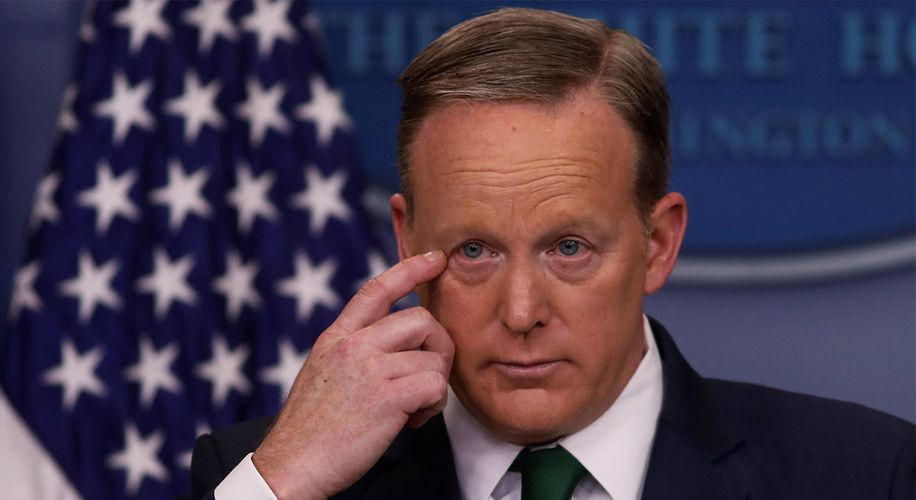 After Sean Spicer alleged that Obama employed UK spies to wiretap Donald Trump, the administration is now backtracking on their accusation.

After Sean Spicer alleged that Obama employed UK spies to wiretap Donald Trump, the administration is now backtracking on their accusation.

If there are two things that Donald Trump is good at, it’s his relentless distraction tactics and unwavering ability to deflect blame from himself unto others. Nothing showcases his shameful talents quite like the recent accusations he and his administration have eveled against Barack Obama.

Last week, Trump went on a complete tangent alleging that the former president unlawfully wiretapping him during his campaign. After his controversial spokeswoman Kellyanne Conway suggested that microwaves were the source of espionage, his administration decided to take a slightly more believable route.

On Thursday, the Trump administration’s mouthpiece stated that “three intelligence sources” informed Fox News that the former president went beyond using the NSA, CIA, or FBI, instead seeking assistance from the foreign spy agency.

The unfounded accusation garnered a rare response from the UK intelligence community, which vehemently denied any involvement in the so-called tapping of the Trump's wires. The fact that a spy agency publicly repudiated the claim is almost unheard of, but they clearly felt the need to defend themselves.

"Recent allegations made by media commentator Judge Andrew Napolitano about GCHQ being asked to conduct 'wiretapping' against the then president elect are nonsense,” the scolding statement read. “They are utterly ridiculous and should be ignored.”

Now, the White House has performed a complete about-face on their claims, as Spicer assured both the UK and U.S. that the administration would not repeat the accusations again. Of course, neither Trump nor his administration have officially apologized for disseminating the unfounded allegations. Even with the public backtracking, some experts fear that damage may already be done, straining the already intensifying relationship with one of the United States’ closest allies.

According to former UK foreign secretary Sir Malcolm Rifkind, the claim that British spies were working under Obama’s orders implies that the UK government was officially involved.

Under any other administration, this type of response from Britain would almost certainly warrant outrage from both sides of the political aisle. But with Trump on that helm, it’s just another day of alienating the United States from the rest of world.