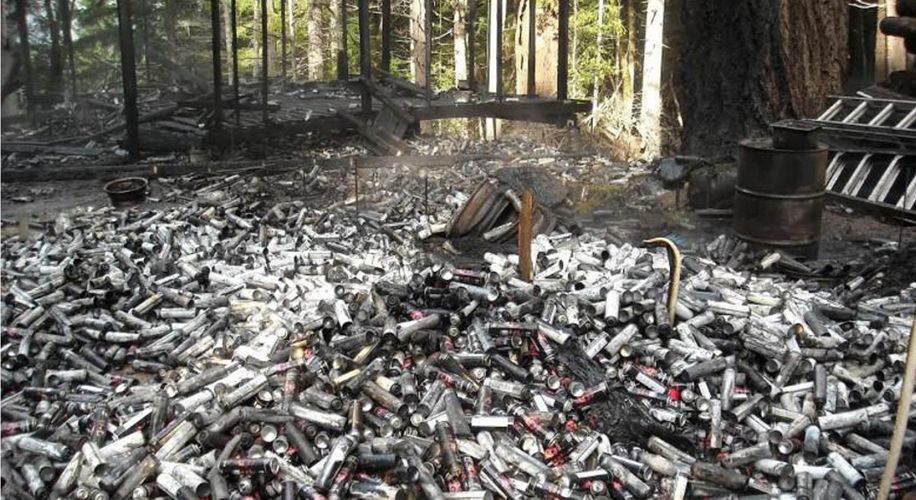 Illegal growers are using pesticides and fertilizers that have been banned for safety reasons.

Illegal growers are using pesticides and fertilizers that have been banned for safety reasons.

The U.S. Forest Service has reported that national forests in California are being polluted by the residue of numerous illegal marijuana grows. The federal agency estimates that thousands of acres of forest have been contaminated by pollutants, with some sites becoming so toxic that people simply touching plants have been hospitalized.

According to ecologist Mourad Gabriel, who has been documenting the problem for federal and state agencies, there are 80 times more liquid pesticides and 41 times more solid fertilizers in California forests than there were in 2013. Many of the fertilizers and pesticides used in these illegal grow-ops have been banned in the U.S. for years over health concerns. "We're getting contamination over and over again at those locations," Gabriel said.

Despite the statewide legalization of cannabis, 90% of the illegal weed farming in the U.S. happens in California. Most of this illegal weed is then shipped to states that have not yet legalized marijuana, to be sold on the black market. The use of toxic pesticides on illegal grow-ops has been increasing over the past three or four years, and is also spreading to other canna-legal states such as Oregon and Washington.

Illegal pesticides and fertilizers can kill sensitive species living within the forests, as well as cause algae blooms and bacterial overgrowth in rivers and streams. Court records report that at least five law enforcement officers and two suspects suffered skin rashes, respiratory problems, and other symptoms after coming into contact with the most toxic of these sites. "These places aren't safe to go into," state Assemblyman Jim Wood said.

The most toxic of these sites can cost as much as $100,000 each to clean up, which could amount to over $100 million that California will need to cough up to cover the restoration process. However, even at sites that the state has already cleaned, Gabriel said that he discovered that 30-50% of the toxic chemicals still remain onsite. Due to the risk and expense of cleaning these sites, the U.S. Forest Service currently has a backlog of 639 illegal marijuana farms awaiting restoration.